The European Bank for Reconstruction and Development (EBRD) is supporting the green economy in Egypt with a US$ 100 million loan to Banque Misr for on-lending to local small and medium-sized enterprises (SMEs).

The loan follows the success of the Green Economy Financing Facility (GEFF) in Egypt, and will support an expansion of green lending in Egypt to under-served regions for investments in climate change mitigation and adaptation technologies and services.

A technical assistance programme of €2.3 million funded by the Bank and the Netherlands through the High Impact Partnership on Climate Action (also supported by Austria, Finland, Switzerland, TaiwanICDF and the United Kingdom) will also be provided to Banque Misr and as sub-borrowers to support implementation of the programme, as well as enhance awareness of green financing, particularly among female entrepreneurs.

Egypt is a founding member of the EBRD. Since the start of its operations there in 2012 the Bank has invested more than €9.8 billion in 152 projects in the country. 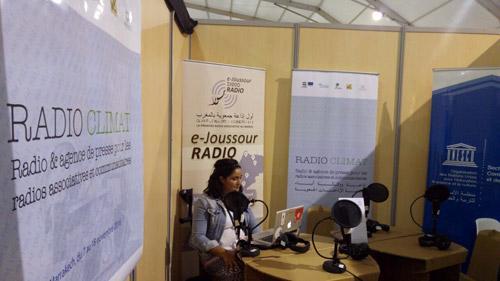 Community-led and creative climate radio on air to cover COP22

Celebrating the second edition of the Day of the Mediterranean