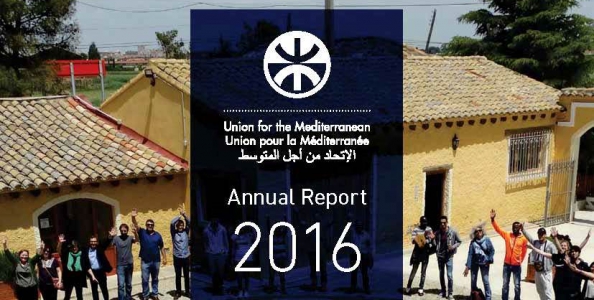 The Union for the Mediterranean (UfM) Secretariat has published the UfM’s annual report for 2016 presenting the work achieved throughout the past year and the results reached. “With 47 labelled projects and over 200 ministerial and expert fora gathering 20,000 stakeholders since 2012, UfM activities illustrate the strong belief that regional challenges call for regional solutions and that there is no security without development. In this regard, young people are at the heart of the Mediterranean agenda”, said UfM Secretary General Fathallah Sijilmassi.

The UfM 2016 Annual Report showcases 10 new labelled projects during the last year aimed at SME development, job creation, women’s empowerment, renewable energy and depollution, infrastructure development and education, bringing the number of UfM-labeled projects to 47 with a total budget of €5.3 billion. The tangible positive impact from the first wave of projects is already visible involving over 200,000 beneficiaries in the region, mainly women and young people.

UfM initiatives aim to consolidate human development (26 projects) and promote sustainable development (21 projects) as the main drivers for stability and integration in the region. The first pillar of action includes initiatives linked to job creation, entrepreneurship and gender equality, such as the Mediterranean Initiative for Jobs (Med4Jobs). More than 50,000 women benefit from women’s empowerment programmes. In terms of sustainable development, in 2016 the UfM launched emblematic projects such as the depollution of Lake Bizerte, under the EU’s Horizon 2020 Initiative for a cleaner Mediterranean Sea, and the SEMed Private Renewable Energy Framework (SPREF), developed in cooperation with the EBRD to encourage the growth of private markets for renewable energy in Egypt, Jordan, Morocco and Tunisia.

Reinforcing their commitment to work together for a deepened and effective Euro-Mediterranean regional cooperation agenda, the Foreign Affairs Ministers of the UfM Member States endorsed a new action-oriented Roadmap in January 2017 entitled “The Union for the Mediterranean: an action-driven organisation with a common ambition”.

Furthermore, three UfM Ministerial Meetings were held in the past year on Regional Cooperation and Planning (Jordan, June 2016), Employment and Labour (Jordan, September 2016) and Energy (Italy, December 2016). The UfM Secretariat follows up on decisions taken at the political level through regional sectoral policy dialogue platforms, thereby following through on Ministerial commitments and implementing concrete initiatives and projects. Since 2012 these platforms have involved over 20,000 stakeholders from around the Mediterranean region including parliamentarians and representatives of international organisations, NGOs, civil society organisations, international financial institutions, development agencies, the private sector, universities and think tanks.

In the framework of the UN 2030 Agenda for Sustainable Development, the UfM has intensified its cooperation with all global, regional and sub-regional initiatives and organisations. The UfM attended as UN observer the United Nations General Assembly (September 2016) and the COP22 Climate Change Conference in Marrakech (November 2016). 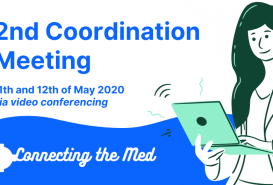 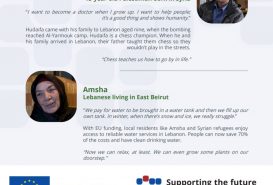 EU response to the Syrian crisis 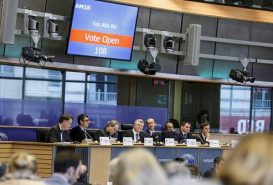