2021 Report on Israeli settlements in the occupied West Bank, including East Jerusalem 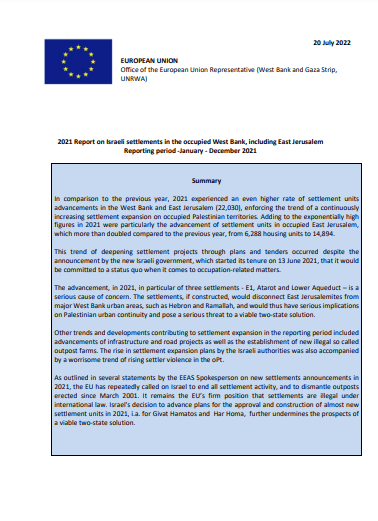 In comparison to the previous year, 2021 experienced an even higher rate of settlement units advancements in the West Bank and East Jerusalem (22,030), enforcing the trend of a continuously increasing settlement expansion on occupied Palestinian territories. Adding to the exponentially high figures in 2021 were particularly the advancement of settlement units in occupied East Jerusalem, which more than doubled compared to the previous year, from 6,288 housing units to 14,894.

2021 Report on Israeli settlements in the occupied West Bank, including East Jerusalem