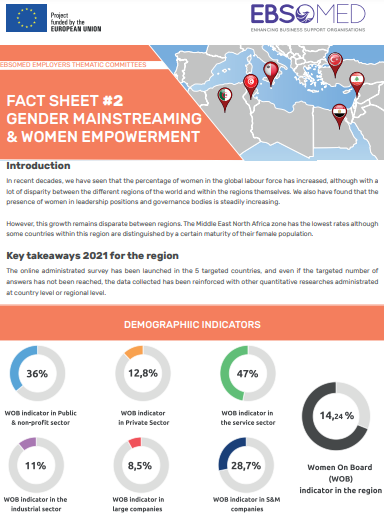 In recent decades, we have seen that the percentage of women in the global labour force has increased, although with a lot of disparity between the different regions of the world and within the regions themselves. We also have found that the presence of women in leadership positions and governance bodies is steadily increasing. However, this growth remains disparate between regions. The Middle East North Africa zone has the lowest rates although some countries within this region are distinguished by a certain maturity of their female population