Benghazi schools at the fingertips of parents through innovative app

When a society loses all its bearing due to an unprecedented global pandemic, the best solution remains to resort to individuals’ inventiveness and determination. A group of young Libyan entrepreneurs has responded to this challenge, by creating an innovative educational app bridging the gap between Benghazi’s schools and parents.

Over the last few months, every country in the planet has been thrown into uncertainty due to the COVID-19 pandemic, being forced to adapt to unprecedented changes and unknown territory. In Libya, where the decade-long civil war had already ravaged most of the public infrastructure, three young friends saw this as an opportunity to turn the situation around and support an already threatened educational system. 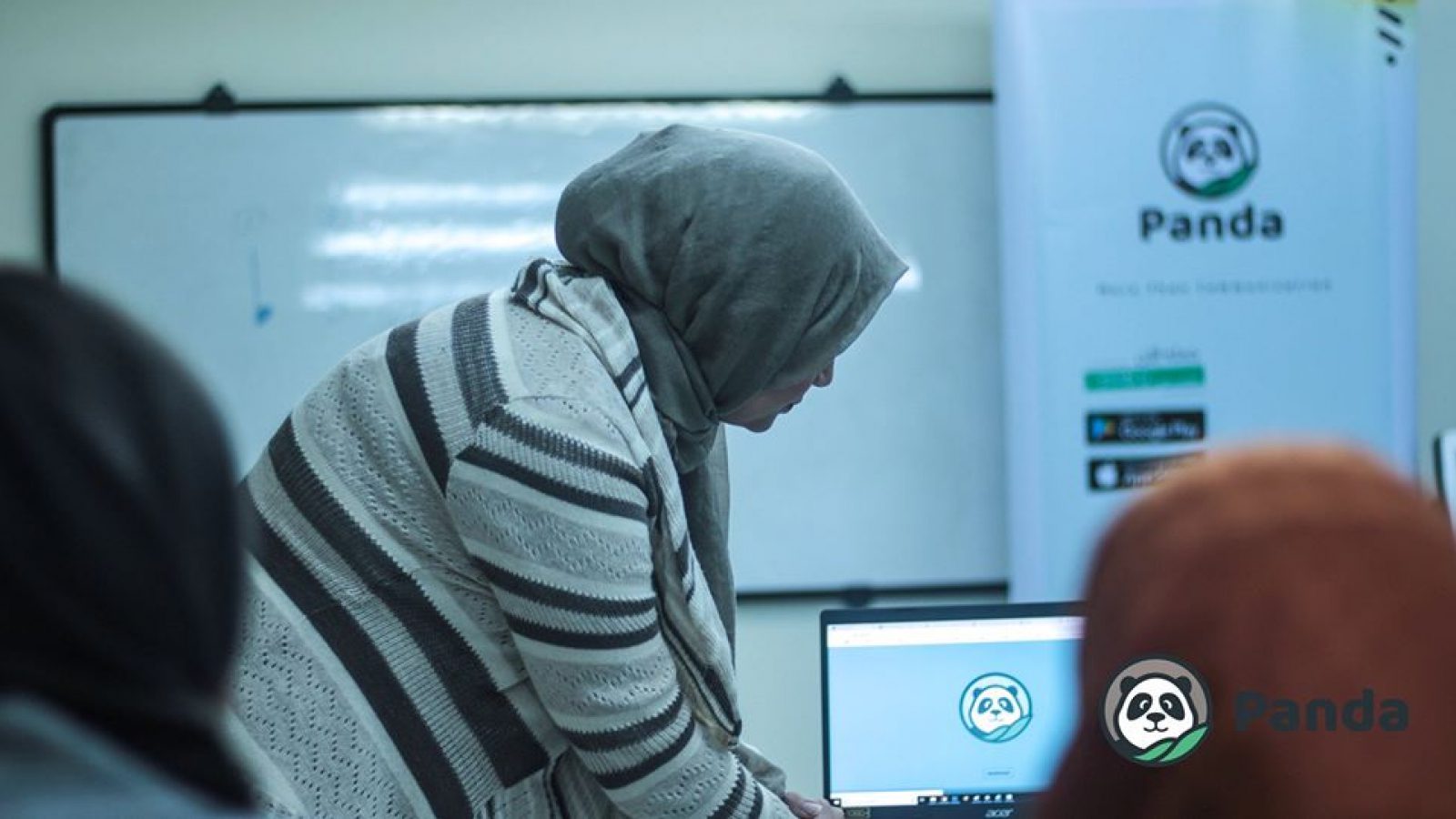 “As the schools closed for an undetermined period from March 2020, and because of the lack of technology use in the Libyan education sector, we realised that the potential for online education would be very limited here,” explains Tufahah Amin, one of the three founders of “Panda” an E-learning mobile app she co-created with Aziza Al-Hassi, and Amine Kashroud. The three friends, all from Benghazi, decided to adapt their young startup “AFnan Company” to the new situation, by shifting their focus towards online education. “We have always had an interest in technology for education, which is why we decided to start a small company in the first place, to create job opportunities in this harsh environment and spread a positive impact in society,” Aziza remembers.

Through the Tatweer Entrepreneurship Campus, founded with the support of the European Union, the United Nations Development Programme (UNDP) and Tatweer Research, the trio received a special grant to kick off their entreprise back in 2017. “We wanted to develop products that provide technical solutions to the education sector, and help improve the level of education through tech in Libya,” Aziza explains, referring to their initial online app “School Connect” developed in January 2018. The electronic platform aimed at connecting teachers and parents to follow up on the students’ education, by focusing most specifically on the behavioural and key academic aspects of their children’s school life.

“In many cases, information regarding a student’s behavioural and academic performance fails to reach the parents. Our platform facilitates the sharing of this information from the school to the parents,” Tufahah elaborates, adding that “our service also solves multiple problems on the school’s side, as it reduces much of the repetitive administrative tasks school employees have to go through, in addition to helping the school forgo typical office expenses such as paper consumption, printing, etc.” School Connect provides parents with a platform to access all the information related to their children’s academic journey, including administration reports, teacher reports, behavioural assessments, etc. They also have access to a direct messaging app with the school’s social worker, which gives them a way to follow up on their kid’s latest academic development. 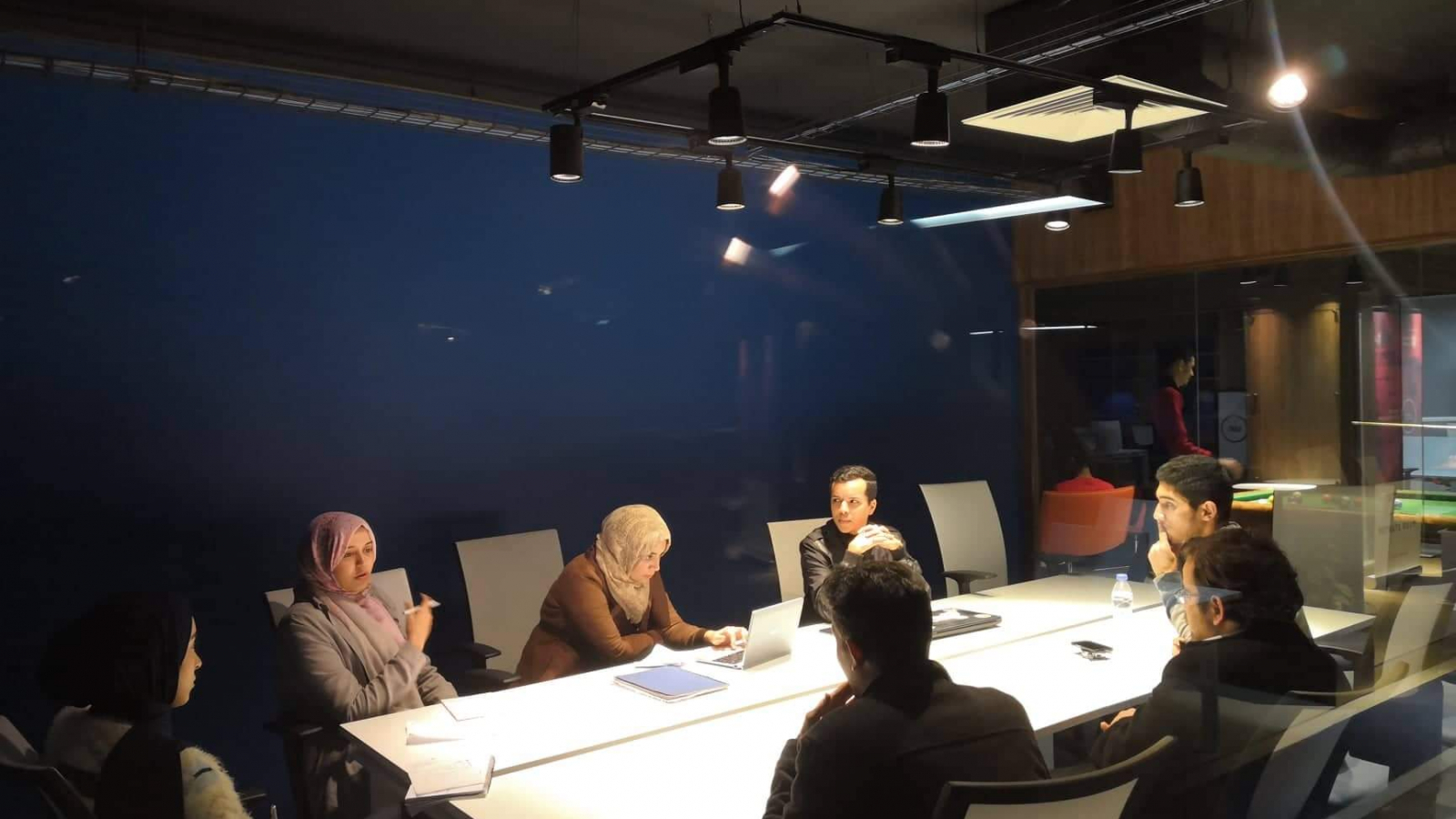 But the young entrepreneurs were aware of the difficulties ahead, as the app constituted a brand new business concept in Libya. “We were not really sure that the school administrations and parents would endorse this method, and we feared that they might resist this advanced technological solution,” Aziza remembers. “People in Libya are very much unaccustomed to using online platforms other than social media like Facebook and Instagram. We knew that they would have an initial fear of any new application or system and would have the typical reaction of jumping to the conclusion that ‘new systems are too complicated’,” explains Amine. “But we were determined to trigger change, as we all shared the idea that it was a much needed advancement for the Libyan market.”

To solve these problems, the entrepreneurs started holding sessions and seminars in local schools to introduce parents to the benefits of the app. They also provided a free electronic app for parents to download on their phones and computers. “We held 40 workshops and 65 training courses for schools across 30 of the largest educational facilities in Benghazi. We wanted to ensure parents and teachers knew how to properly use the app but also felt supported throughout the semester,” Amine continues. The trio implemented a trial period at the beginning of the academic year 2018/2019, targeting 200 students spread between two schools, which rapidly increased to over 2,000 students.

“That phase helped us study the impact of the application and the result was very positive: results showed a clear improvement in the levels of students’ performances and parents were also very satisfied,” Amine states, noting that the number of registered parents accounts peaked to 1,653. Adel Al-Kwafi, one of the parents using the app, echoes this sentiment. “Panda is great: it gives us a complete idea of our children in school. Some kids tend to hide the negative notes from their parents but with this app, it has become easier to follow up on our kids’ progress.”

Over the trial period, some 50,000 educational and behavioural reports were sent to the parents, 8,500 messages exchanged between schools and families and 300 announcements communicated directly to the parents. The head teacher of Talented Center School, one of the schools using the app, Mohamed Al-Busaifi, praises the initiative, saying “’Panda’ makes a parent’s commitment to the school a permanent link. Parents find out everything about their kid in school directly on their mobile phones. The idea is brilliant and has made it much easier for us to communicate with parents.” 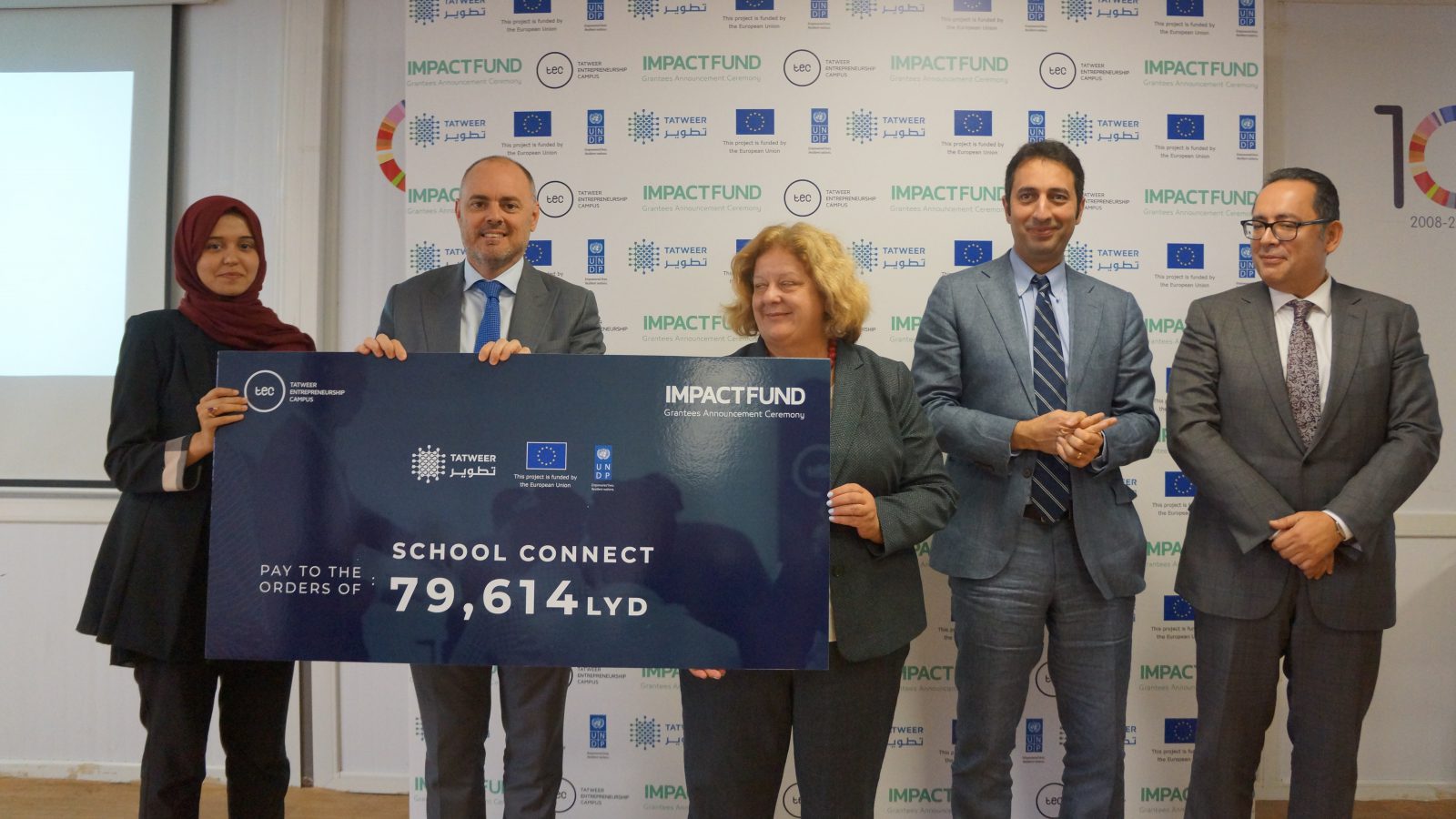 School Connect 2.0: adapting to the pandemic

Learning from the trial period’s pros and cons, the team considerably upgraded the product, renaming it “Panda” as “School Connect” was too difficult to pronounce by users. In the first semester of the academic year 2019/2020, the team was able to launch the new app, this time for a nominal annual fee of 50 Libyan dinars (26 euros) per child. Prior to the COVID-19 pandemic, the app had registered 6,000 students across 30 Benghazi schools, producing 100,000 reports, 690 announcements and recording more than 10,400 direct messages between schools and parents.“Obviously, we had to adapt to the difficult circumstances when the pandemic started, so we worked on a version of Panda that could fit this new situation,” explains Tufahah. Panda 2.0 or “Panda E-Learning” was therefore created to deliver online learning for homebound students, by providing free of charge curriculum content, available for download on any device.

“We did not want to restrict this only to our registered users so we made sure that every school in Libya could have access to Panda E-Learning, with no exception,” the friends explain, noting that they have sought the support of the authorities to continue implementing the “Panda E-Learning” throughout the pandemic. “We still to attain our goal of reaching 60 schools by the end of this year. But in the meantime, we want to make sure that, thanks to Panda, all students will be able to complete their academic year from the safety of their homes,” the three friends continue. ’Panda ELearning’ is not complete yet due the lack of resources, but Amine explains that, as they seek further funding, the team managed to create a mini curriculum that focuses on technology which was provided to all schools involved with Panda.