Coffee Talk in Bekaa: ambitious youth with a thirst for progress

For its second Coffee Talk in Lebanon, the European Union has chosen to head to the Bekaa, a rural agricultural region in the centre of the country to reach out to the young Lebanese and get theopportunity to talk to them, listen to their hopes and worries, and exchange views about the EU activities in Lebanon.

On Thursday 16 June, around twenty young students and community activists from Bekaa, aged between 18 and 30, attended the 2nd Coffee Talk event organised by the European programme EU Neighbours South, the European Union delegation in Lebanon and the organisation INJAZ LEBANON. Part of the EU Jeel Connect Network (jeel means generation in Arabic), active in 8 countries in the Southern Neighbourhood region, the event took place in Taanayel Farms, an oasis of calm, which works to preserve the environment and uses solar energy to power its dairy production facilities. The Coffee Talk was rich in dialogue and offered an opportunity for representatives of the European Union to present EU initiatives in the country, in particular those aimed at young people, in a range of fields, from the environment to the empowerment of women, agriculture and start-ups, as well as the Erasmus programme. In turn, the young people spoke about their daily lives, their interests, ambitions and worries and their hopes for a better future in a country facing one of the worst economic crises of recent times (according to a report by the World Bank). Rein Neiland, Head of cooperation at the EU delegation in Beirut, stressed the importance of neighbourhood policy, listing the various sectors the EU supports in Lebanon. “It is very important to understand young people’s views on their daily lives, their perceptions of Europe and their future. Through the Coffee Talks, the EU Delegation hopes to support young people and help them build a better Lebanon”, he said. 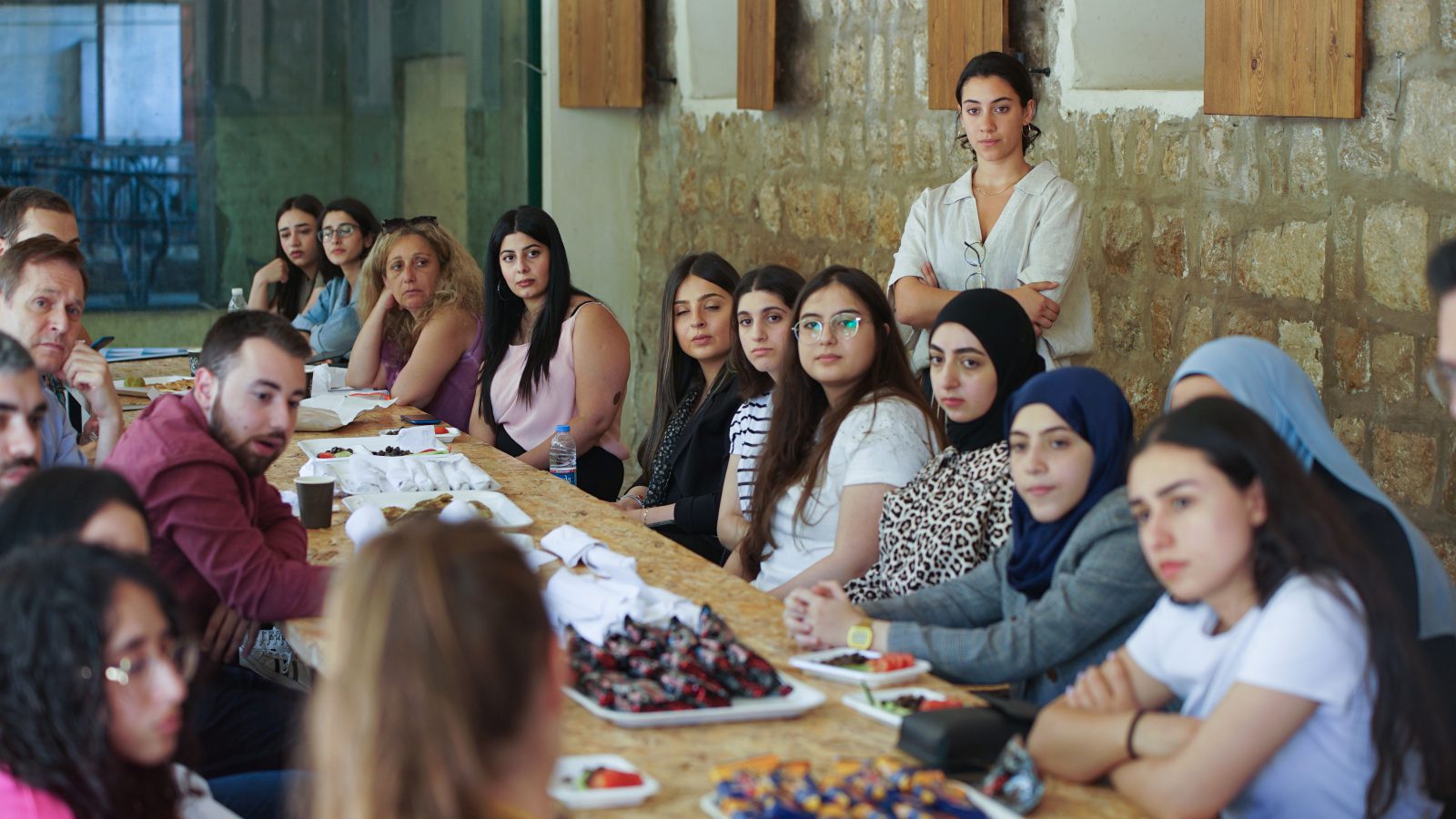 Rayan, Jennifer, Elie and Moussa Elissa were among the participants in the Bekaa Coffee Talks. Here is what they have to say:

Jennifer Namoura: “Unlike many young people, I don’t want to leave because of the crisis”

Jennifer is 24 years old. She has a master’s degree in molecular biology and is currently studying for a second master in marketing. She believes that meeting representatives of the European Union is very beneficial. “We were interested to hear what they had to say and discover projects aimed at young people. We also learnt that they may be able to help us with our future plans. Being here today and hearing about Europe is very important to me”, she explains, before adding, “I dream of starting my own business and I hope to achieve my goal by the time I’m 30”. During the lockdown, the young woman, who lives in the city of Zahlé (capital of the Bekaa district) and currently works as a business development agent for a pharmaceutical company, dedicated a lot of time to self-improvement. “While everything was closed, I took online classes to develop my knowledge and that’s how I realised I wanted to launch my own business”, she explains. Jennifer has already worked to help her community in a country marred by an economic crisis. She launched a plastic bag recycling initiative in the city of Zahlé. “I dream of a Lebanon where I can live in safety and see my projects through to fruition. Unlike many young people, I don’t want to leave because of the crisis. I believe we have great potential and we have a real opportunity to change things here”, she observes.

Moussa Kabbouchi: “I dream of a country where everyone has the means to live with dignity”

After qualifying as a nurse, Moussa, aged 26, took classes in business management. Like the majority of the young people attending the event in Taanayel, he has worked for national and international NGOs. He has also launched his own initiative, bringing together young people in his village of Ferzol, in Bekaa, to conserve the environment. “During the uprising of 17 October 2019, we posted on Facebook to convince people not to burn tyres at the protests, for the good of their health and the environment. Our post generated some buzz on social media and went viral. This inspired us to continue on the same path, despite lockdown, and, later, to organise activities in the village. The young man explained that his group began sorting and reselling plastic, glass and cardboard waste. “With the money raised, we helped families in need”, he adds. In a country where the economic and health crises are extremely worrying, Moussa and his group managed to secure medication for 47 families in 2020, through their various fundraising initiatives. “We are currently responsible for procuring medication for ten children in the village with diabetes”, he says, proudly. He dreams of a Lebanon “where there is no more injustice, where people are equal and everyone lives with dignity”. 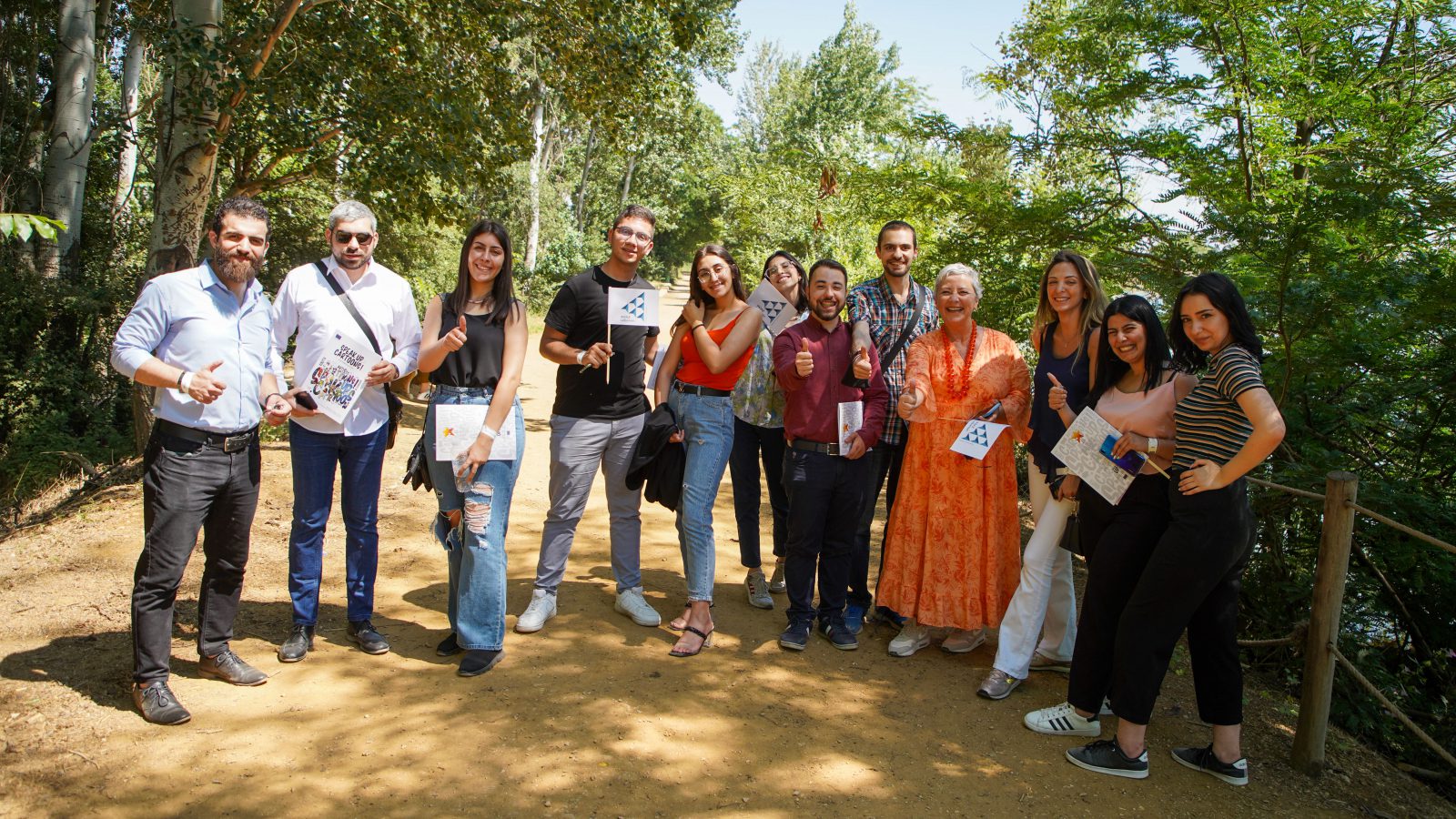 Elissa Wassef: “I am young and I have my whole life ahead of me. Thanks to my work I can change things”

Elissa is 22 years old and has many ideas. A psychology student, she has been working to make a little money on the side for many years. “My father died when we were young and my mother, who worked in a factory in Bekaa, always provided for the family”, she says. When the economic crisis hit, Elissa was waitressing at a cafe in her hometown of Zahlé. “My salary did not go far enough. I also needed to help my mother. I started making coffee syrups and sauces and I sold them to people. Then – with the help of my mother – I started making jams, which I sold in beautiful jars. When I started, I had about 100,000 Lebanese pounds to my name (around 4 euros). Things have changed since then. Now, I sell my jams in shops, restaurants and supermarkets in the city. I encouraged my mother to quit her job at the factory to work with me full time”, says Elissa, who has received support for her business from INJAZ Lebanon. “I am proud of what I have achieved. I am young and I have my whole life ahead of me. Thanks to my hard work and perseverance, I can change things!”, she tells me, confidently.

19-year-old hospitality management student Elie comes from Terbol and volunteers with several organisations. He believes “in change and dialogue among young people to build a better Lebanon. “This meeting with representatives of the European Union is very important. Their presence in Bekaa shows that we matter and that Europe wants to support our initiatives. They want us to drive change and they are not wrong, because if young people do not move forward, the country will truly be lost. It’s up to us, the youth, to pull Lebanon out of the crisis”, he says.

Rayan Mahfouz: “Sport is a great tool for helping people open up and creating unity”

Born in Mashghara, Rayan, aged 26, has a master’s degree in economics. He has been interested in sport since a very young age. He believes that “in a country like Lebanon, with a rich social and religious tapestry, sport can be a great tool for helping people open up and creating unity among young people”. Rayan is also interested in communication. “I started playing basketball at the age of seven. I then became a photographer and commentator at matches”, he tells us. “Sport unites people and brings down barriers. Individuals in a team come together to achieve a common goal, regardless of their political or social differences”, he says.

EU JEEL CONNECT is a network of young individuals across the Southern Neighbourhood region, led by inspiring young changemakers from Algeria, Egypt, Jordan, Lebanon, Libya, Morocco, Palestine* and Tunisia. Members of the network, the ‘EU Jeel Connectors’ will work closely with the EU Neighbours South programme and EU Delegations in the region. EU Jeel Connect is being developed in partnership with 8 focal points in 8 countries. Each focal point has extensive experience in working with and rallying the youth in their countries, giving them a voice, and defending causes of interest to the EU and young people. The focal points will organise a series of events and activities in their own country, inviting young people from various backgrounds and areas to join, learn more about the EU and the EU Jeel Connect, and eventually become EU Jeel Connectors.

INJAZ Lebanon is a non-profit organisation dedicated to educating students about work readiness, entrepreneurship and financial learning through experiential hands- on programs, to help inspire a culture of entrepreneurialism and business innovation among youth in Lebanon increasing their economic and financial literacy. INJAZ Lebanon is an affiliate of INJAZ Al-ARAB and Junior Achievement Worldwide, the world’s largest educational organization dedicated to Workforce Readiness, Entrepreneurship and Financial Literacy, and reaches 9.3 million students a year, from kindergarten through 12th grade, in 123 countries.

From Yemen to a successful Entrepreneur in Egypt: E’etmad’s Journey with the EU-funded Masar Egaby Project