The post-war environment: Hope for a safer future through mine clearance

Thanks to EU funding, Saud Abdel Rahman, like many others, has benefited from the support of Free Fields Foundation (3F). A Libyan partner of Danish Demining Group, it provides mine-clearing services for the Libyan population. This country which has lived in turmoil for some years now sees many of its fields contaminated by explosives that put innocent lives in danger. 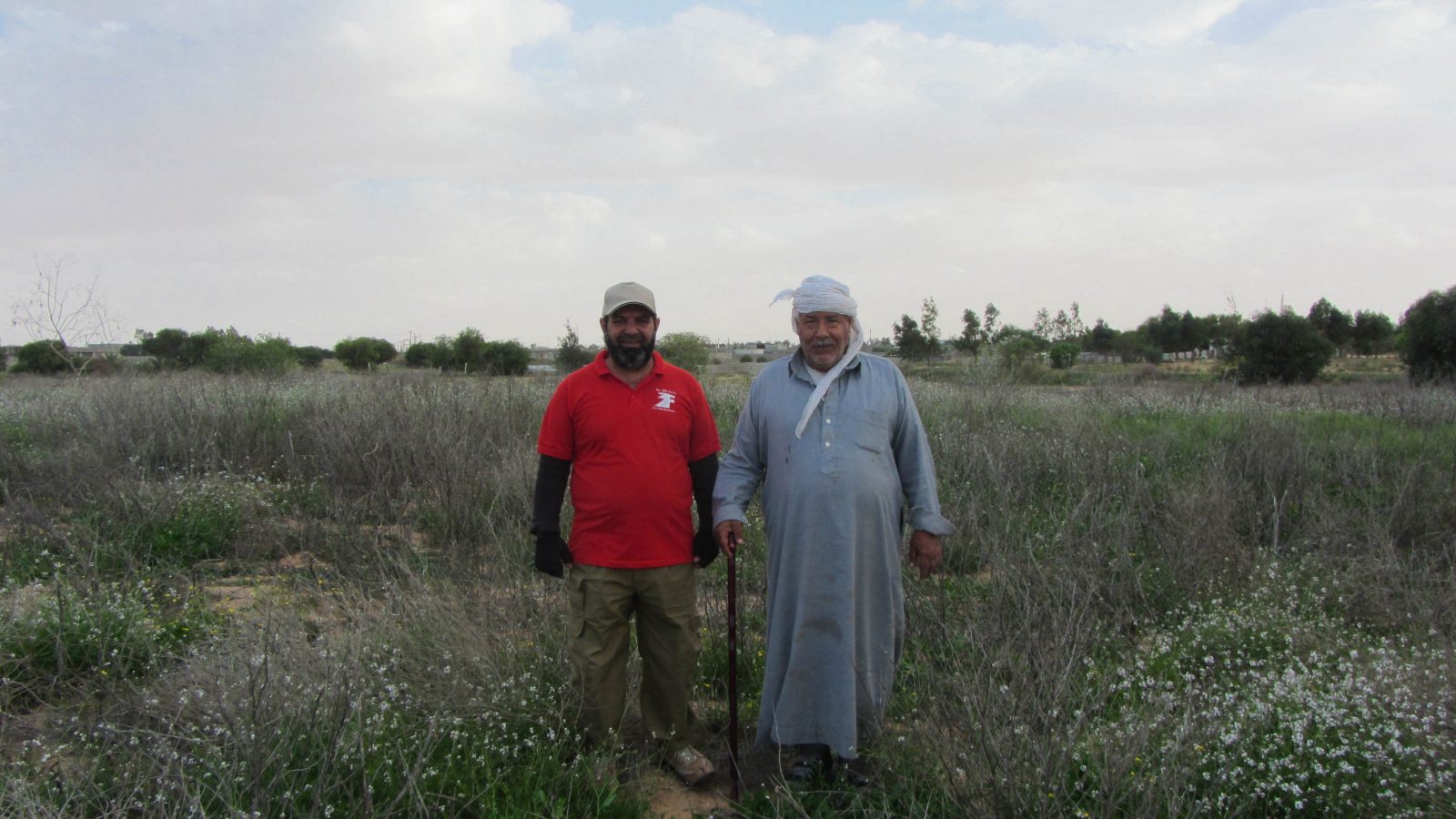 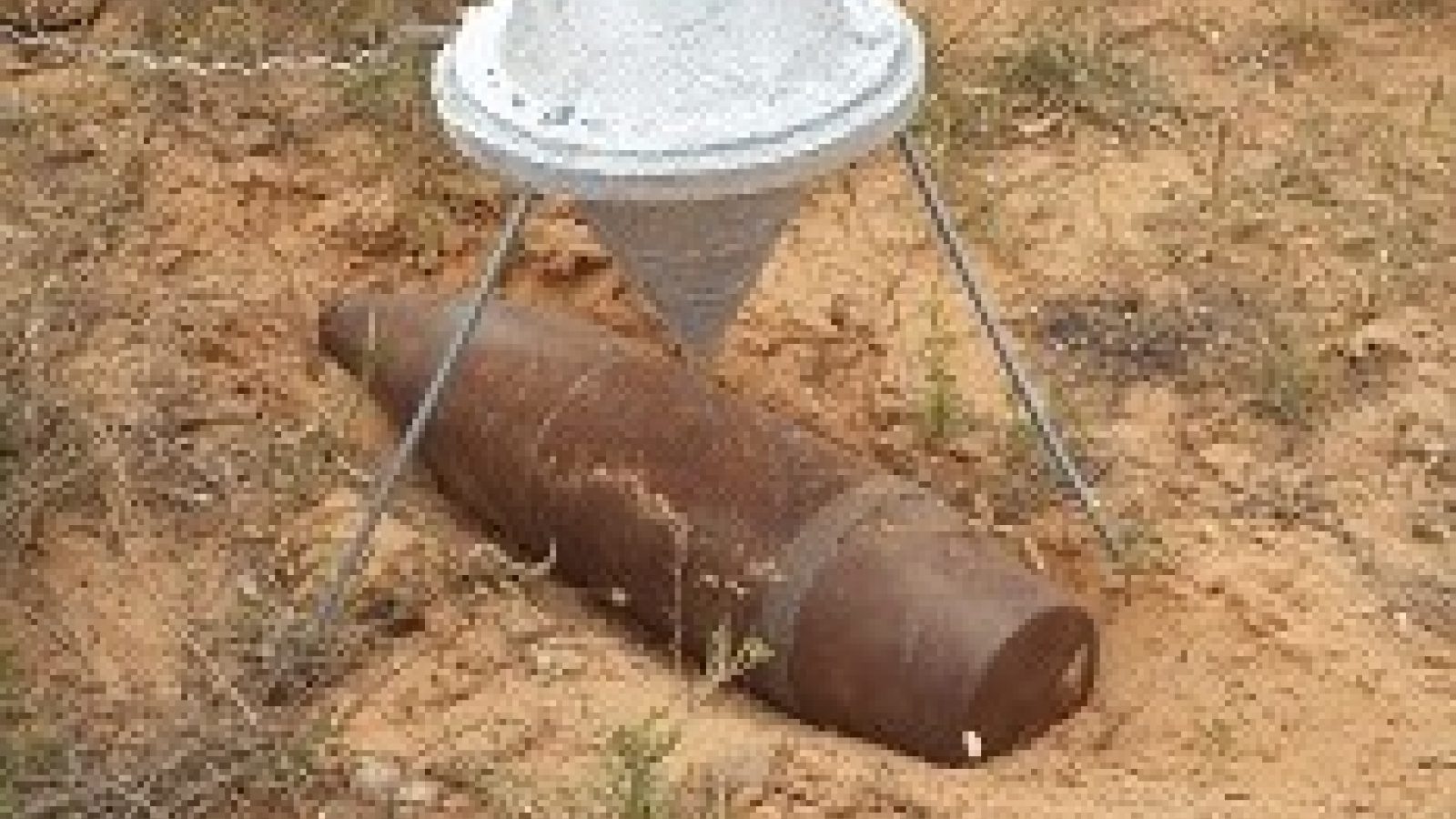 Owner of two farms covering 6 hectares in the suburb of Sirte in Libya, Saud Abdel Rahman lived with his wife Masouda, two of his seven children and eight of his thirty-five grandchildren, a considerable part of his large family. He made a living growing wheat and barley as well as raising and selling sheep.

But the war turned his peaceful life upside down, the successive battles to liberate Sirte from Daesh drove his family to seek refuge in another city, and their house and their farms were burned down and destroyed.

After the liberation of the city in February 2017, and almost two years after they fled, Saud’s family returned home to find their house razed and their farms burned. The family attempted to get back on its feet and tried to reach the fertile parts of their farm but were prevented from doing so by the remaining mines. 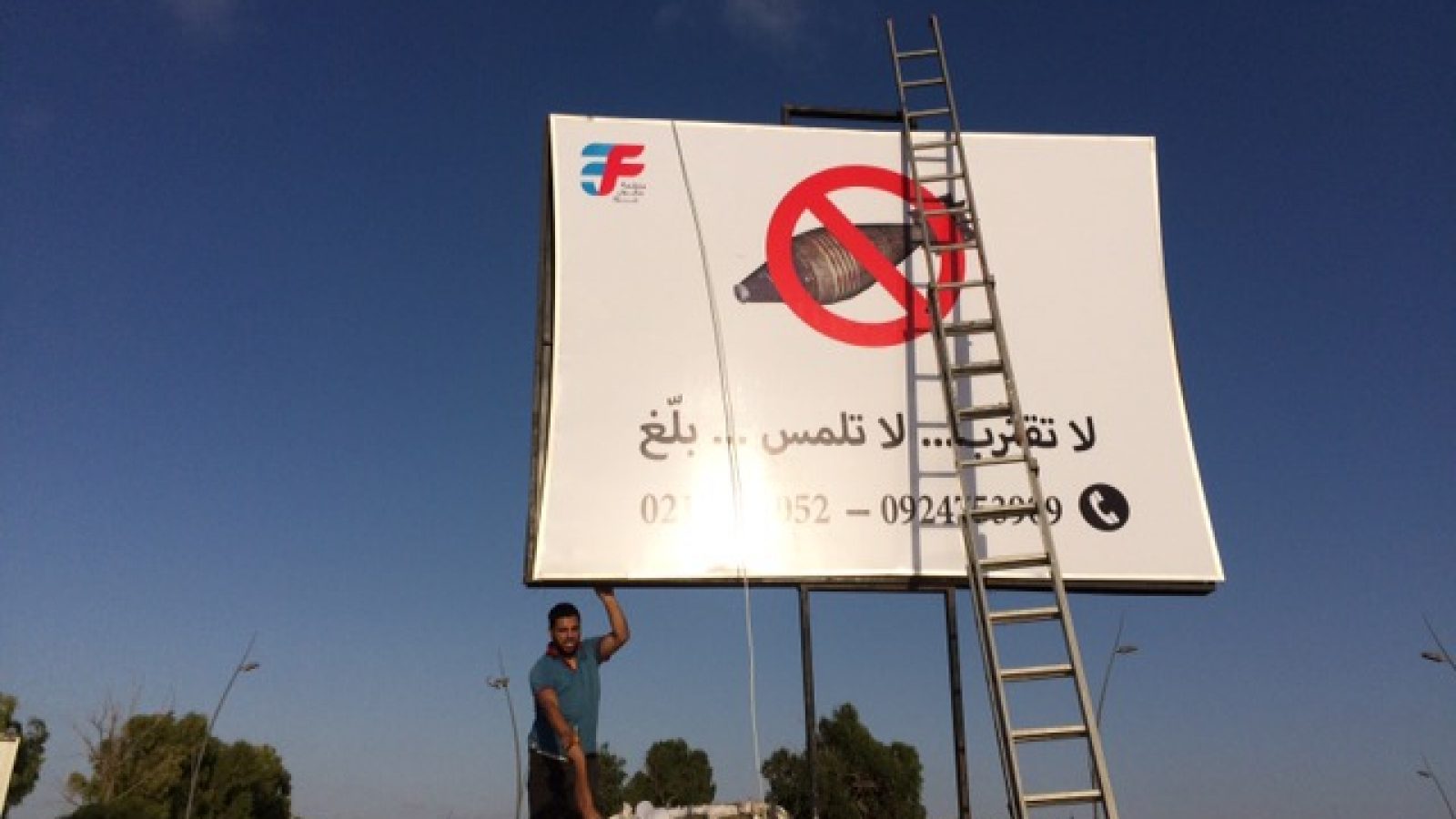 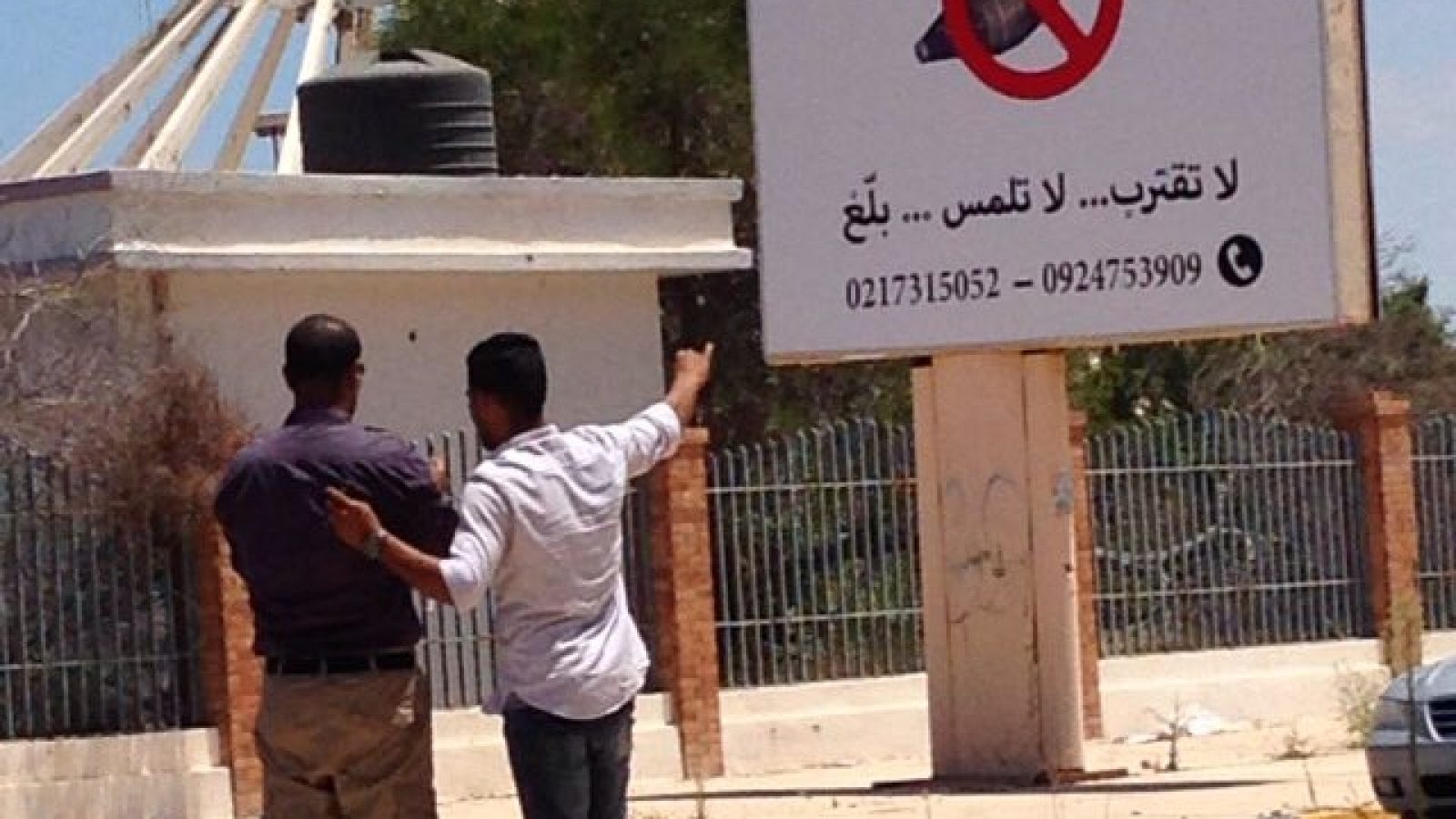 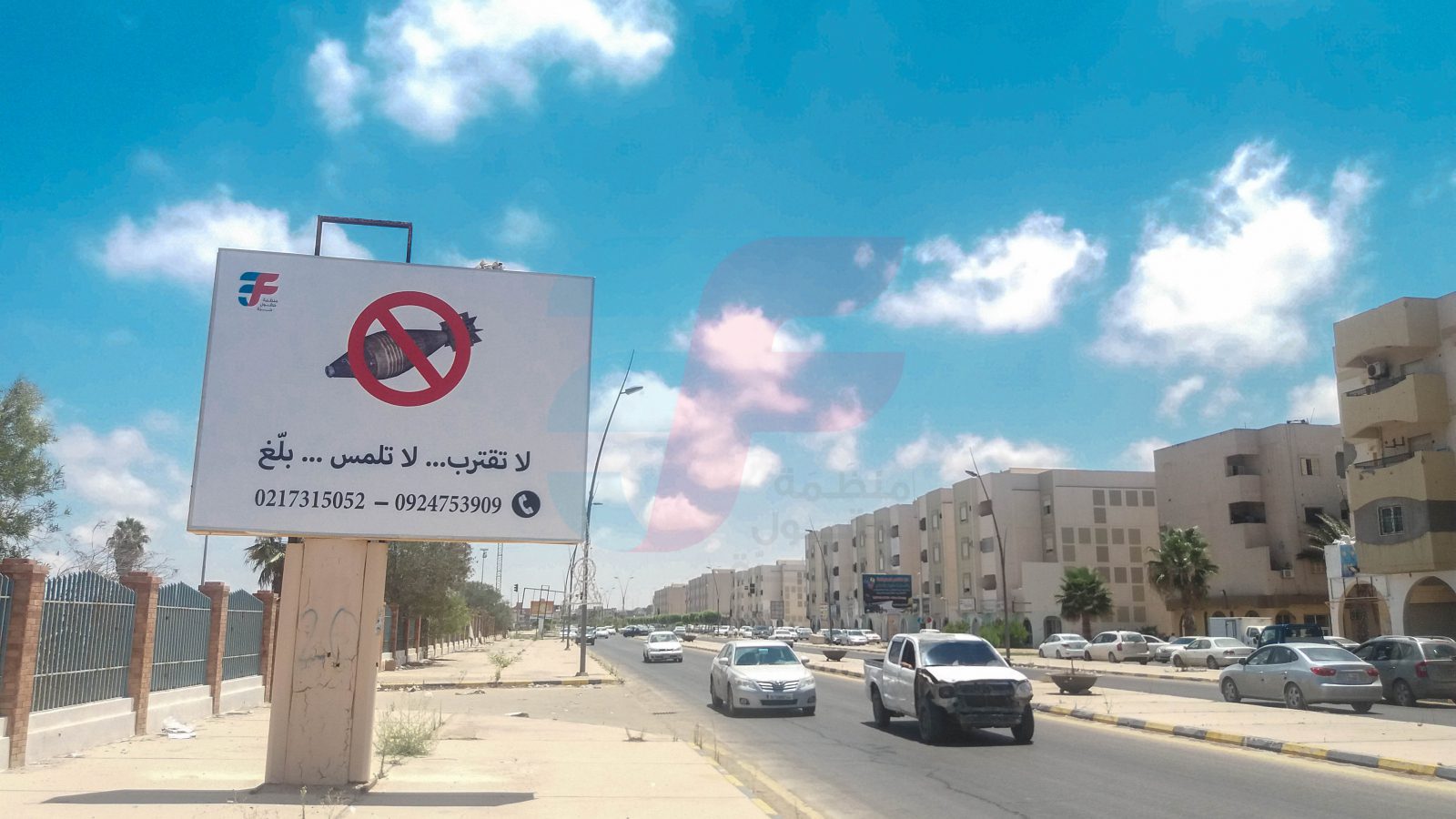 Saud then contacted Free Fields Foundation, which exists thanks to financial support from the EU. He used an emergency number he found on a billboard the organisation had erected on Sirte’s major roads. 3F has two emergency numbers, one is a mobile line (00218924753909) and one is a landline (00218217315052). The latter is vital especially because for eight months there was no functioning mobile service in the Sirte region.

The Explosive Ordnance Disposal (EOD) team responded immediately and visited Saud’s farm the day after his call. His farms and house were completely cleared of all remaining explosives. Unexploded ammunition measuring 105mm in diameter was removed. The missiles used by artillery or tanks contained explosives, and in this particular case, the ammunition had been fired but despite not exploding, remained dangerous nonetheless.

Anything found was deactivated on-site by the Render Safe Procedure. This involves a combustion technique which uses the ‘thermite reaction’ to cut off and deactivate dangerous explosives in unexploded ammunition (UXO: Unexploded Ordnance) and transforms it into an explosive-free piece of metal. 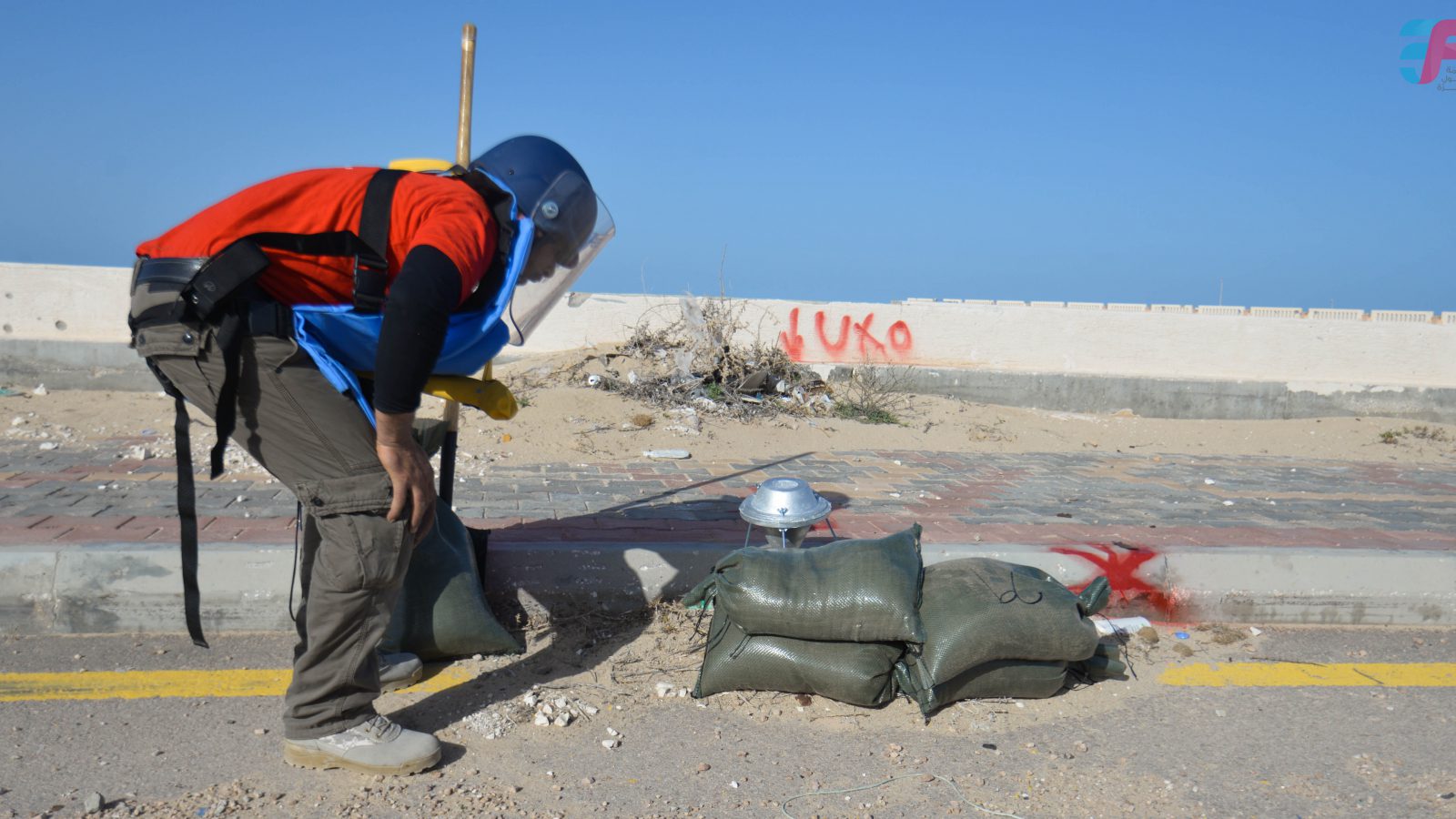 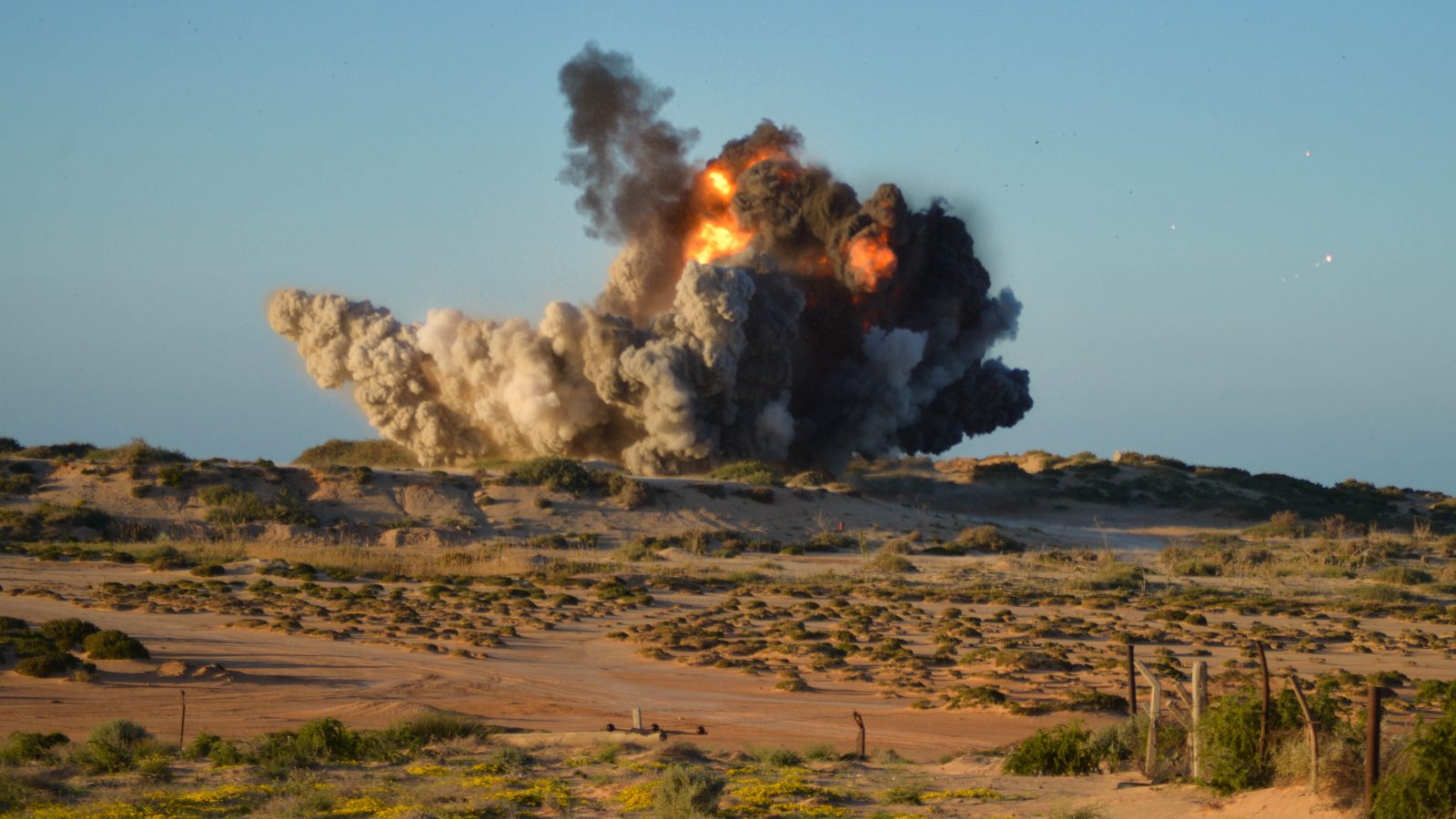 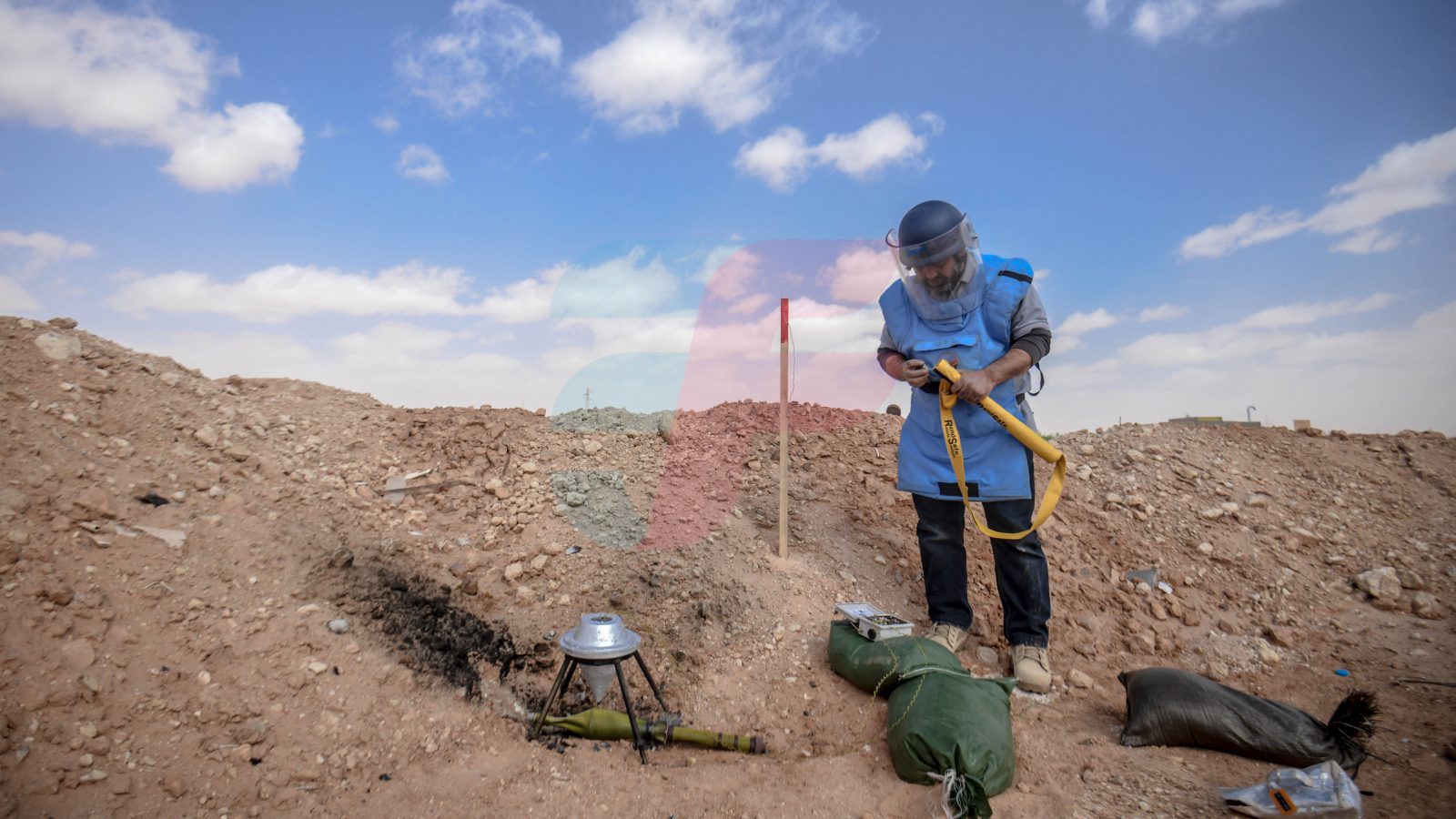 In Saud’s words: “It was a terrible situation; we couldn’t move freely around the farm, we were scared of the explosives. I was constantly worried about my family’s safety and I was scared they could be maimed by the mines. My financial situation has also been affected because I can’t make money from my farm or my ranch. I didn’t expect 3F to respond so quickly. The entire farm has been cleared in record time and there aren’t any dangerous objects left in the area. Now my family and I can plant freely without fearing for our safety. We were very lucky nobody was injured. What’s more, my grandchildren told me that they received education sessions on the danger of mines at their school. This has raised awareness of the dangers of explosives left over from the war and of the best way to avoid dangerous areas. I want to thank Free Fields Foundation for its work and I hope they will continue until Sirte is completely danger-free.”

The work of the bomb disposal team, who put their life at risk to save civilians, is indeed very appreciated by the population. The young, motivated men, aged 28–48, do a remarkable job, and fortunately since 2016 there have been no accidents, thanks to their professionalism. After training in four stages, 1, 2, 3 and 3+, they meet the requirements to be an EOD operator. At present, three EOD teams are operational on the ground. Each team comprises of a level 3 leader, two level 2 operators, a paramedic and a driver. The team responds to calls from the community as well as the Libyan Mine Action Centre, in order to eliminate unexploded bombs.

Saud will always remember the support of Free Fields Foundation that, thanks to EU funds, could come to his aid. This funding, received from the initiative ‘Instrument contributing to Stability and Peace’, was put in place to reinforce the capacity of Libyan mine clearing, particularly in a future which will be unpredictable for Libya.