They were separated by violent conflict in their country three years ago. But today, hundreds of students are happy to be back at their school in southern Libya and to reconnect with their former classmates. 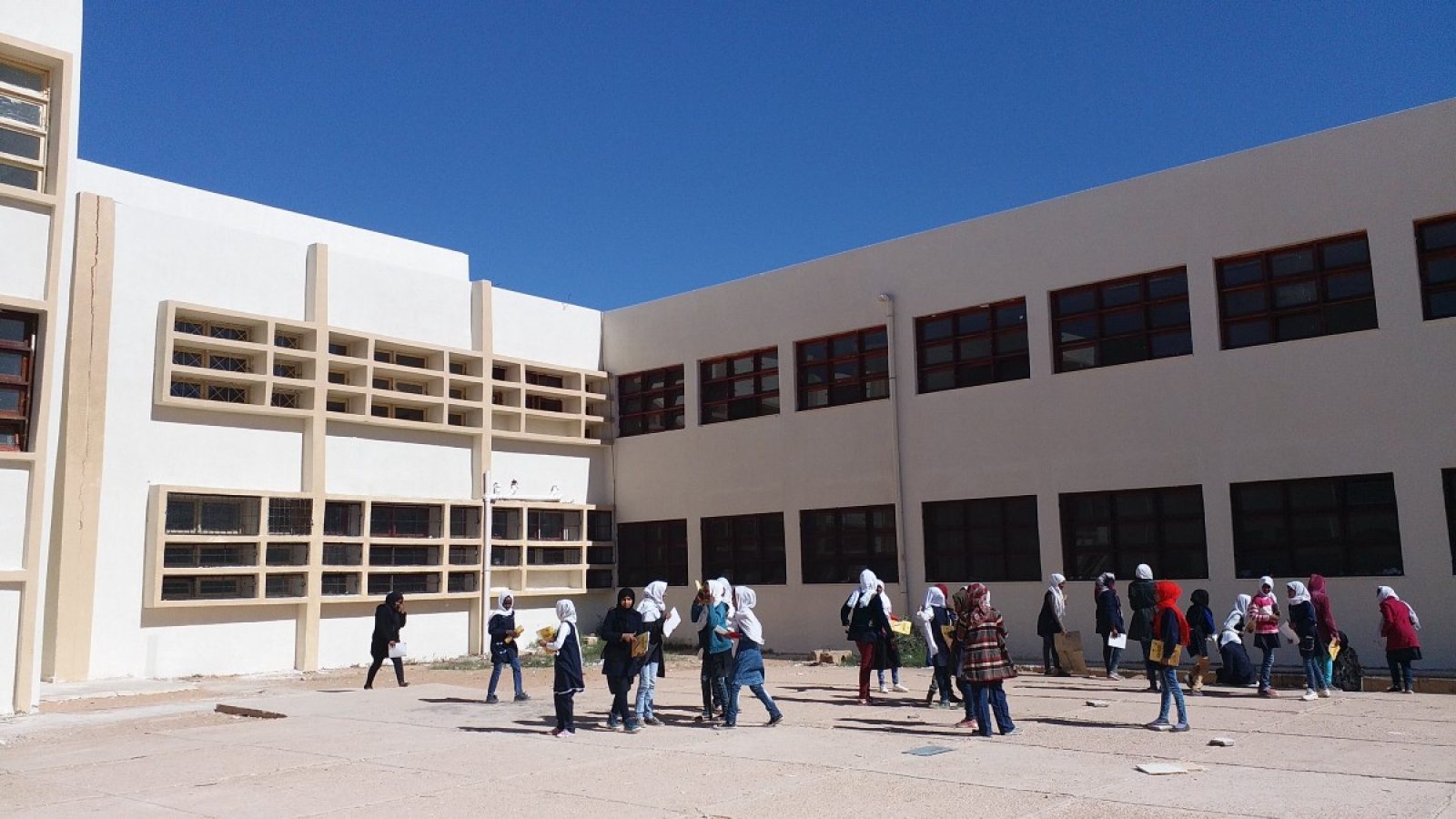 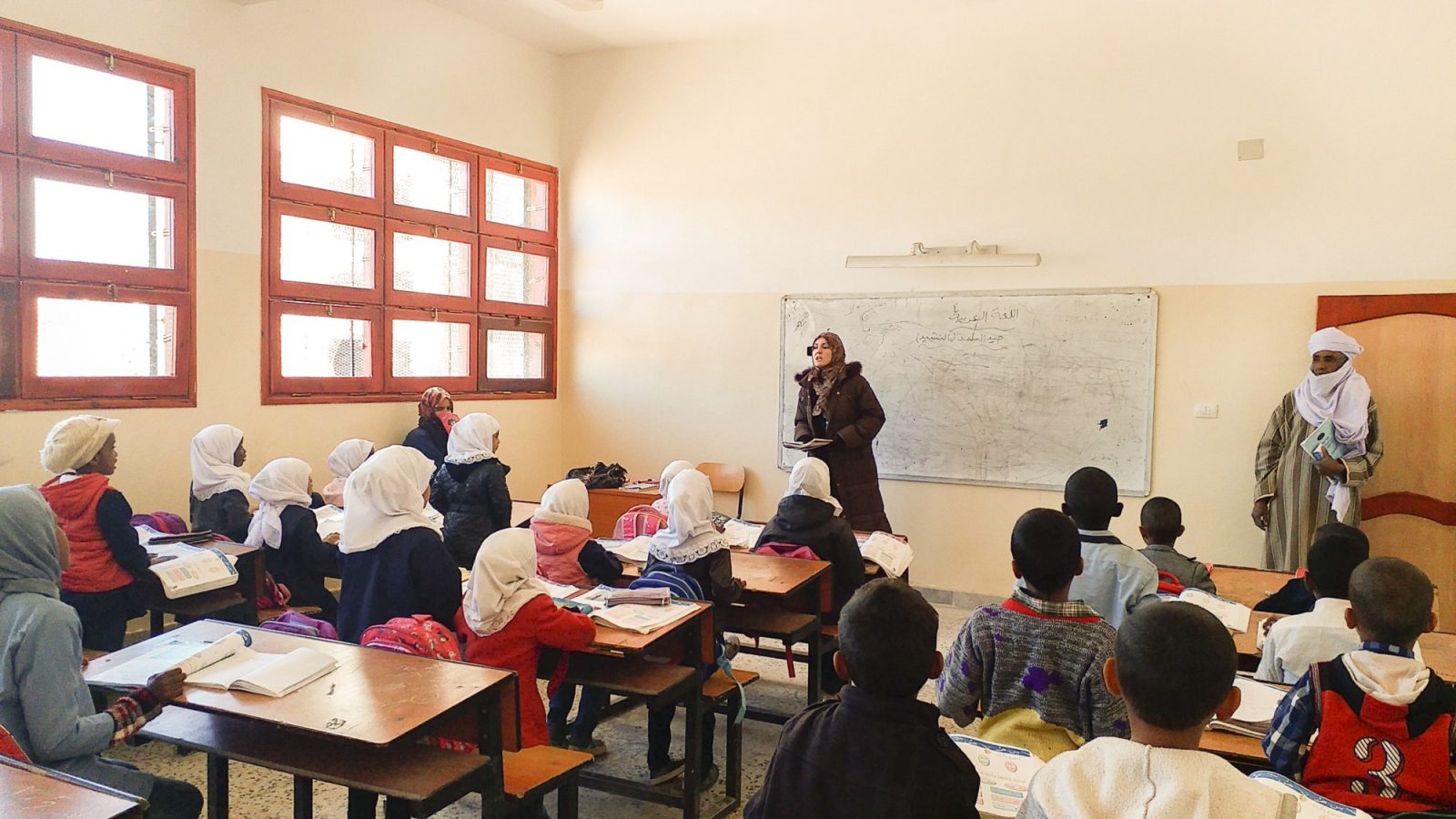 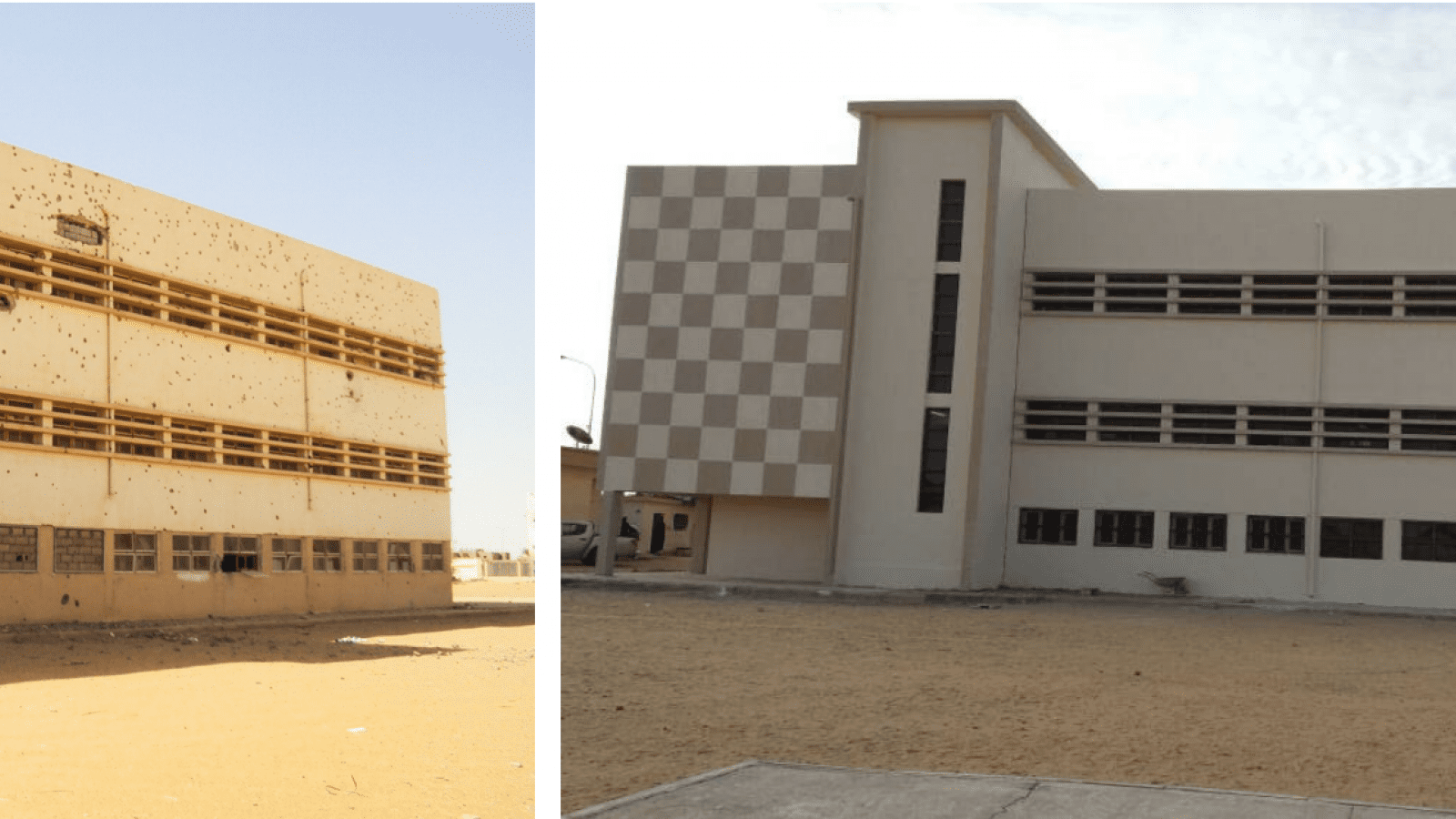 Alqurania School in Ubari before and after renovation. Photos by Ali Alshareef/…

Schools reopened their doors in Ubari, Libya, after being closed for more than a year. The war forced many families to move to other cities like Sebha, Tripoli, Murzuq and Ghat, searching for centers where their children could continue their learning. Now the classrooms in Alqurania, Almarkazia and Althanwia schools are full of life.

The Stabilisation Facility for Libya* (SFL), led by the Government of National Accord (GNA), co-funded by the EU and implemented by UNDP, closed cracks and holes, replaced doors and windows, and renovated damaged areas in the three education centres. The reopening of the rehabilitated schools in Ubari allowed many students to come back, and sent a call for return to many others who are still displaced in neighbouring cities.

A class is in session at a school recently renovated by the Stabilisation Facility for Libya.

“I didn’t expect to return to my original school in Ubari. Last year, I attended school in Twitta, a small village in the east of Ubari. I am glad to see the classrooms and the courtyard are in great shape after the renovation” said Amina Zintani (age 12), a student at Alqurania school.

She is one of the hundreds of students who had to leave Ubari and pursue their studies in cities far from their hometown. Her school has been renovated with the help of the Stabilisation Facility for Libya.

“It feels great being with my friends again,” she added. “The people and this place mean a lot to me.”

The intensification of the conflict in Libya since 2014 caused significant loss of life and displacement across the country. Critical infrastructure was damaged, disrupting basic services such as water, sanitation and electricity. UNDP with co-funding of the EU works to support the GNA and local authorities to improve services to their citizens.

UNDP is helping the Government of National Accord to implement the Stabilisation Facility for Libya, an initiative which rapidly rehabilitates infrastructure, delivers equipment, and enhances local capacities, including conflict resolution skills.

In Ubari, with a budget of 3.3 million euros, the Stabilisation Facility for Libya has rehabilitated not only these three schools, but also the General Hospital and the Women’s Centre. It also provided the municipality with a garbage truck, a pesticide vehicle and two generators. The General Hospital received two ambulances that transport an average of 90 patients per month from Ubari, Ghrifa and Bent Baya to Sebha, Murzuq, Ghat and Tripoli.

The Facility is carrying out 119 other projects in Benghazi, Kikla, Ubari, Sebha, Sirt and Bani Walid municipalities, and it’s preparing more than 100 for Greater Tripoli. Over 335 people have already returned home to Ubari, and efforts continue to support the return of the rest.

“I feel comfortable working here now,” said Masouda Ibrahim, an employee of the school. “Children and workers were having health issues because of the cold coming from the damaged windows and holes in the walls. Thanks to the rehabilitation, we will be better protected.”

With the help of the EU, UNDP is approaching stabilisation in a new way. Most of the rehabilitation work is done in partnership with local businesses, giving companies and workers an opportunity to rebuild their own community, whilst earning an income.

“I brought my children to the school today,” said Mr. Yousef Abdel Rahman, an Ubari resident. “It’s a good learning environment after the rehabilitation. I encourage all the people who are still displaced to return to Ubari. Things are getting better here.”

*The Stabilisation Facility for Libya is a project led by the Government of the National Accord (GNA) of Libya, co- funded by several international donors, among which the European Union that contributes with 5,6 million EUR via the Instrument Contributing to Stability and Peace (ICSP).

This story was originally published for UNDP on medium.com: https://medium.com/@UNDP/back-to-school-c6056d7ce652