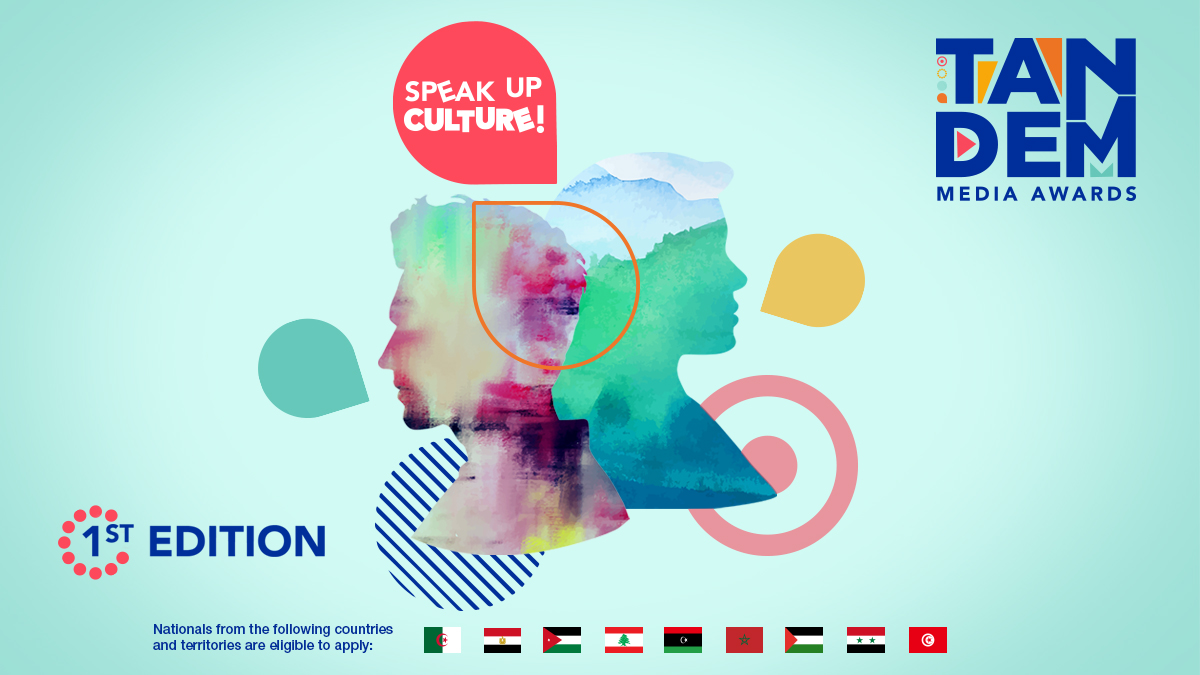 The theme of the 1st edition of the TANDEM Media Awards is culture, and its slogan is “Speak up culture!”   Pairs of contestants will work together to produce a single piece of journalism (print article, online article, TV programme, short video, televised report, radio report, photo report, podcast, comic strip), preferably related to an EU-funded project or cultural initiative in the European Union Southern neighbourhood region.

The 1st edition of the competition will reward the work of three pairs: a male journalist/female journalist TANDEM, a student/professional journalist TANDEM and a journalist/artist TANDEM. In addition to cash prizes, the laureates will be invited to attend the awards ceremony in December 2021 and will take part in a cultural press trip during the year 2022.