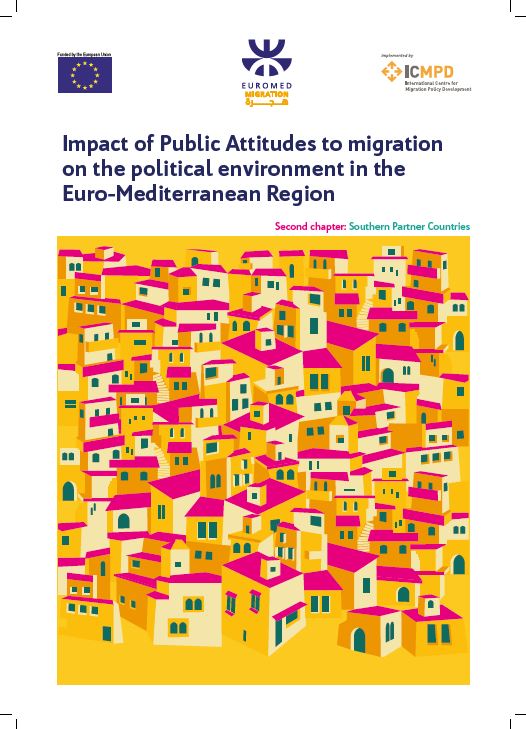 This chapter overviews public attitudes to migration in Southern Partner Countries (SPCs) and considers their effects on migration politics and policies in the region over the past 20 to 30 years.

The objective of this chapter is to answer the following question: What are the political effects of public attitudes to migration in the southern and eastern Mediterranean?

In this report, we also offer a number of recommendations for how communicators on migration in the region can avoid polarisation.

EMEA report on its events at COP27

Living, working and COVID-19 in the European Union and 10 EU neighbouring countries

Rural Communities and Migration: An Assessment of Migration Factors in the South Mediterranean