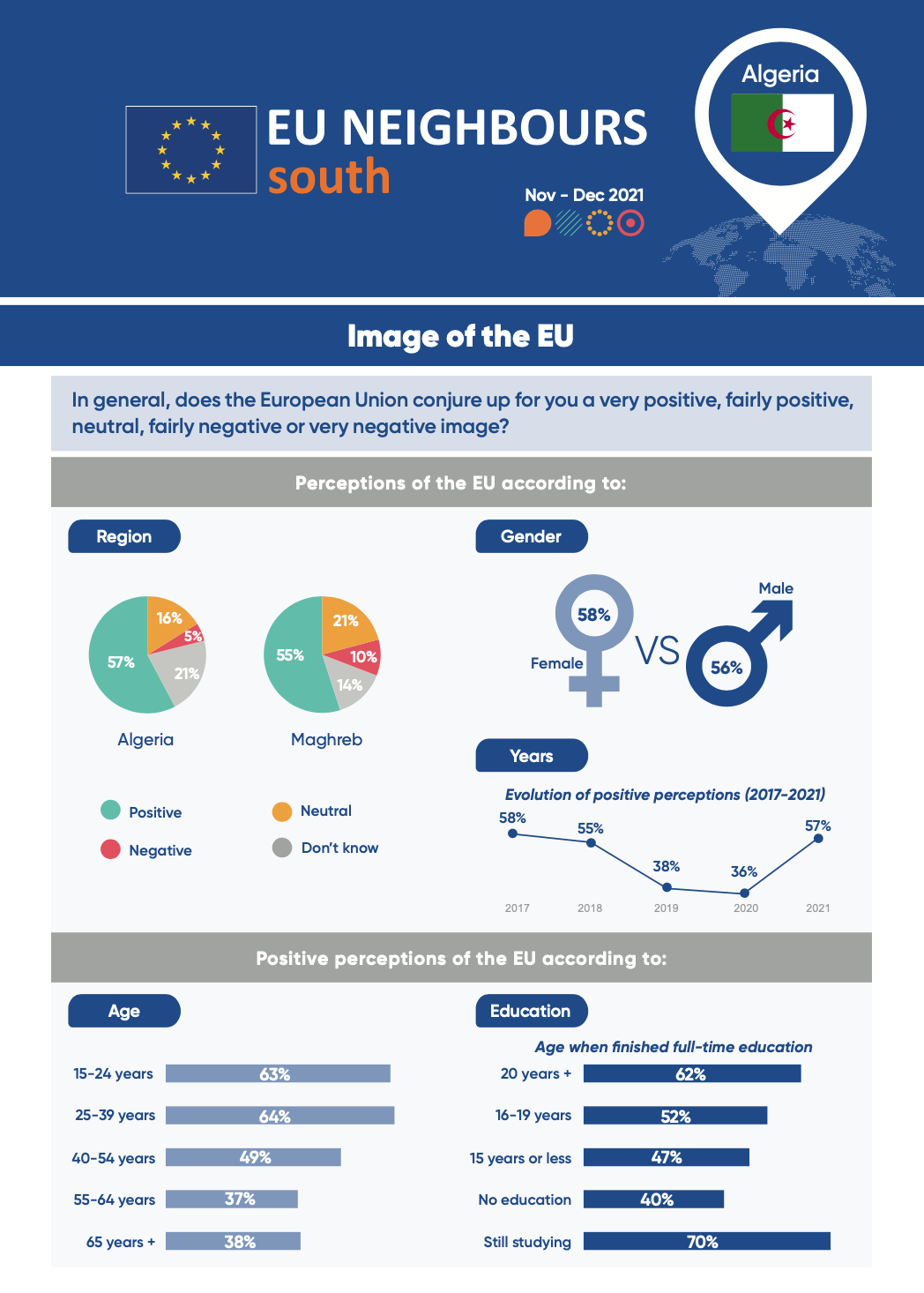 When asked about the level of knowledge of the EU, 70% of Algerian respondents said that they know what the EU is, the highest percentage in the entire Southern Neighbourhood. The proportion of those holding a positive view of the EU increased by 21 points, reaching 57%, the highest levels measured since 2017.

Respondents in the Maghreb are most likely to say that what best represents the EU is Equality, Gender equality (70%), Human rights (69%), Democracy (68%), Peace and Security (64%) and Freedom of speech (64%). These characteristics are all associated with the EU in Algeria, with equality gender equality coming in first (64%), followed by democracy (63%), human rights (62%), economic prosperity (62%) and peace and security (61%).

This survey – part of a wave of opinion polls carried out in eight southern Neighbourhood partner countries – was conducted in Algeria between July and September 2021, with 1,001 people consulted in face-to-face interviews. Respondents were asked about their general perceptions of the EU and the values with which it is associated, about EU relations with their country, and the impact of EU financial support, including in supporting their country’s response to the COVID-19 crisis. The surveys also look at preferred sources of information, how people feel about their personal situation and the situation in their country, and their expectations for the future.