Palestine International Theater Festival for Children and Youth, organised in partnership with the European Union, just concluded its activities which started out in Bethlehem and moved across the Palestinian territories. The festival comes within the framework of activities aimed at cultural exchange between international and Palestinian theatres through performances, encouraging interaction between actors and children in an attempt to broaden their horizons and capabilities.

The festival is part of a project titled Creative Labs and Artistic Performances in Palestine (CLAP!), was implemented by Al-Harah Theater in cooperation with Arts Council Malta (ACM), the International Network for Contemporary Performing Arts (IETM) and Zigu Zajg International Arts Festival for Children and Young People. The project CLAP! was supported by the European Union to the tune of € 250,000 (80% of the total project cost). 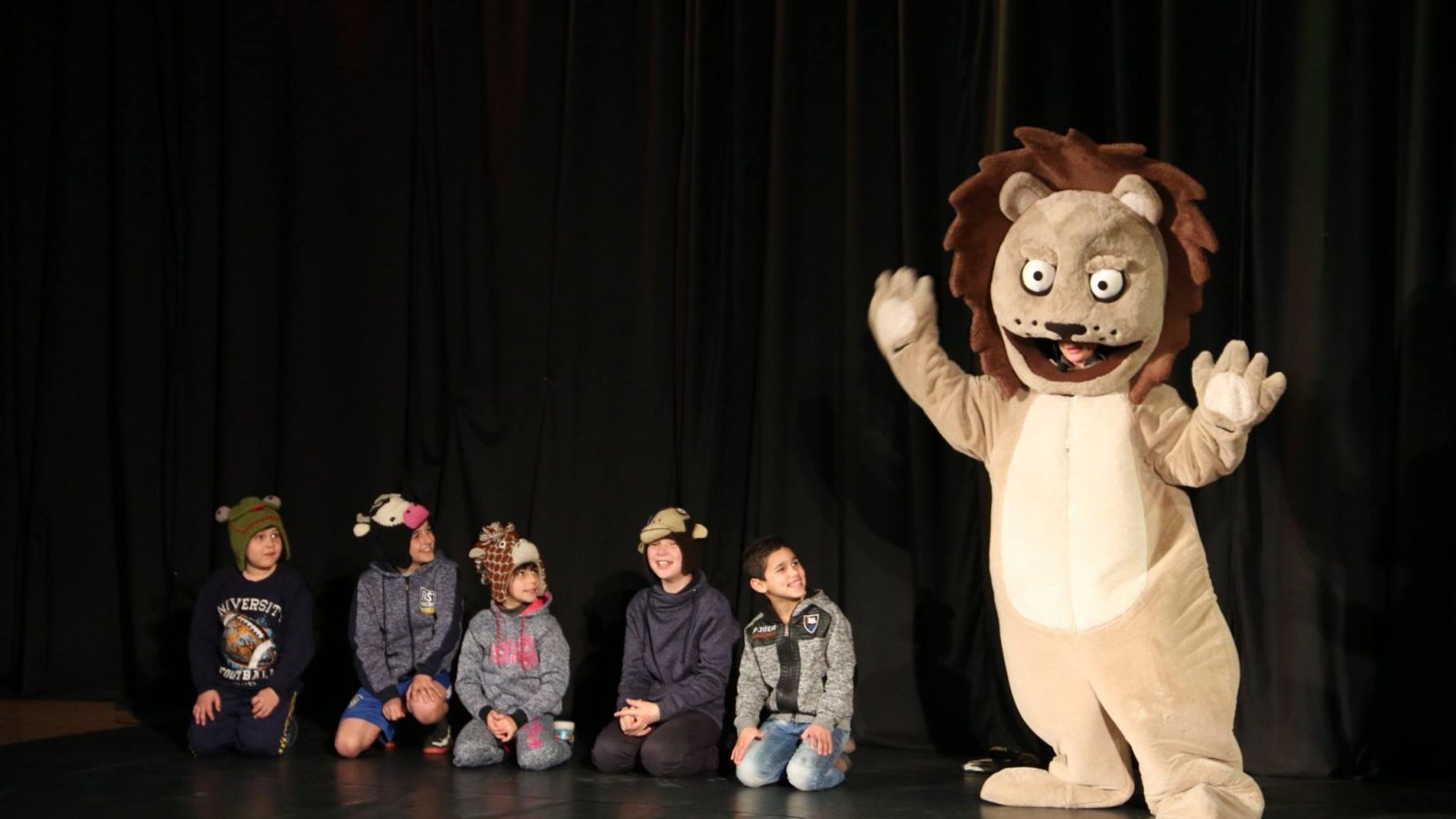 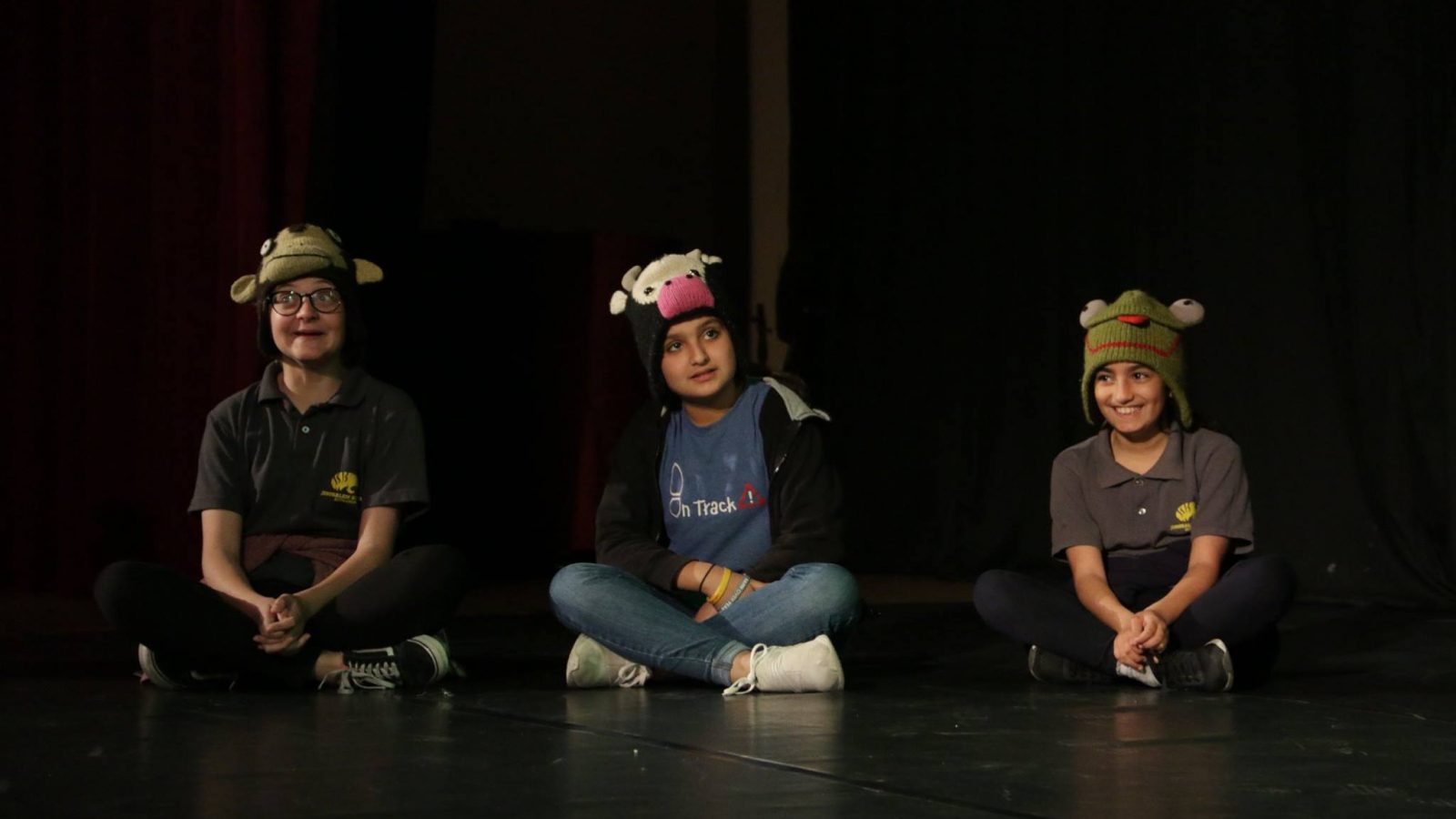 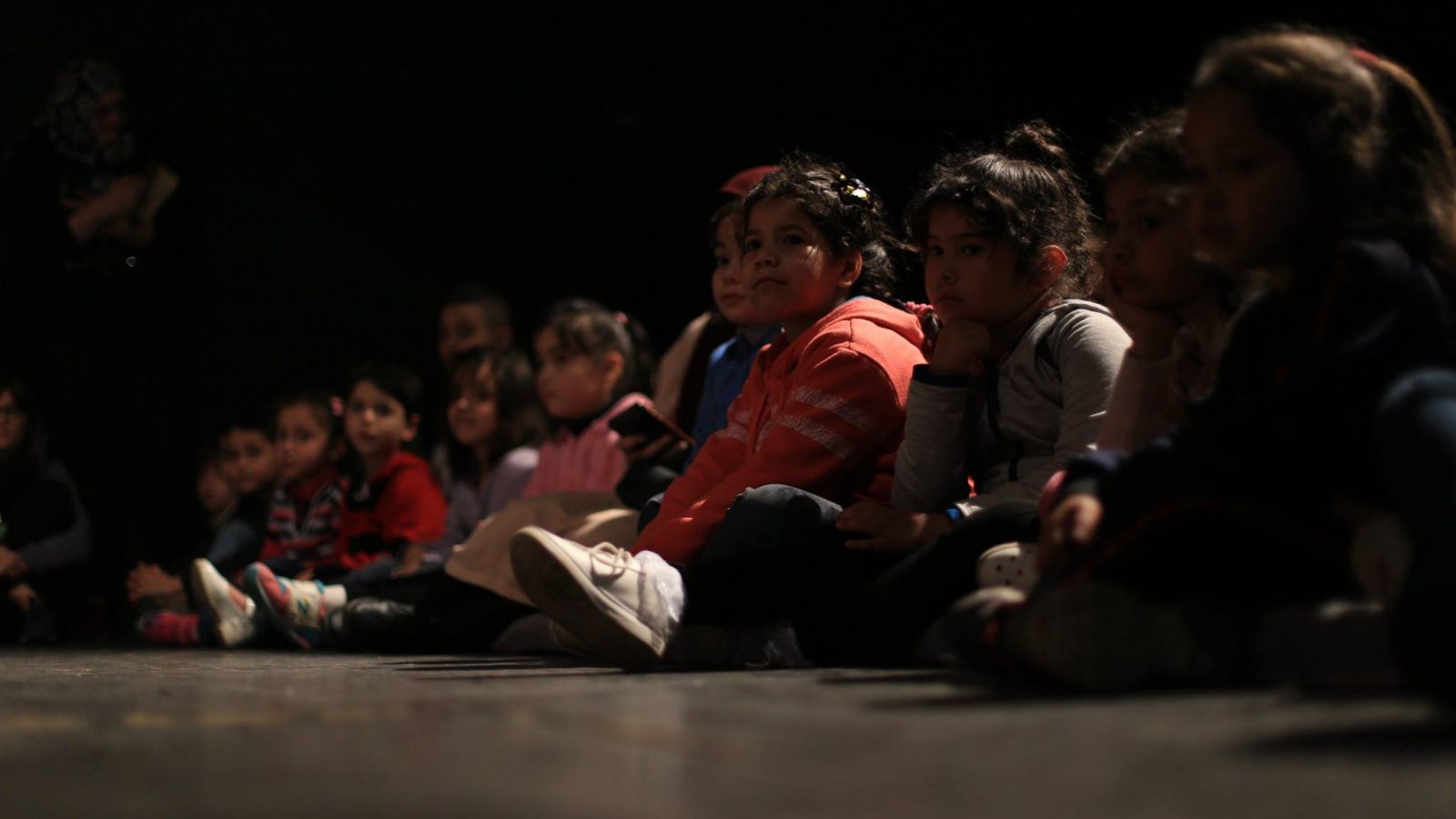 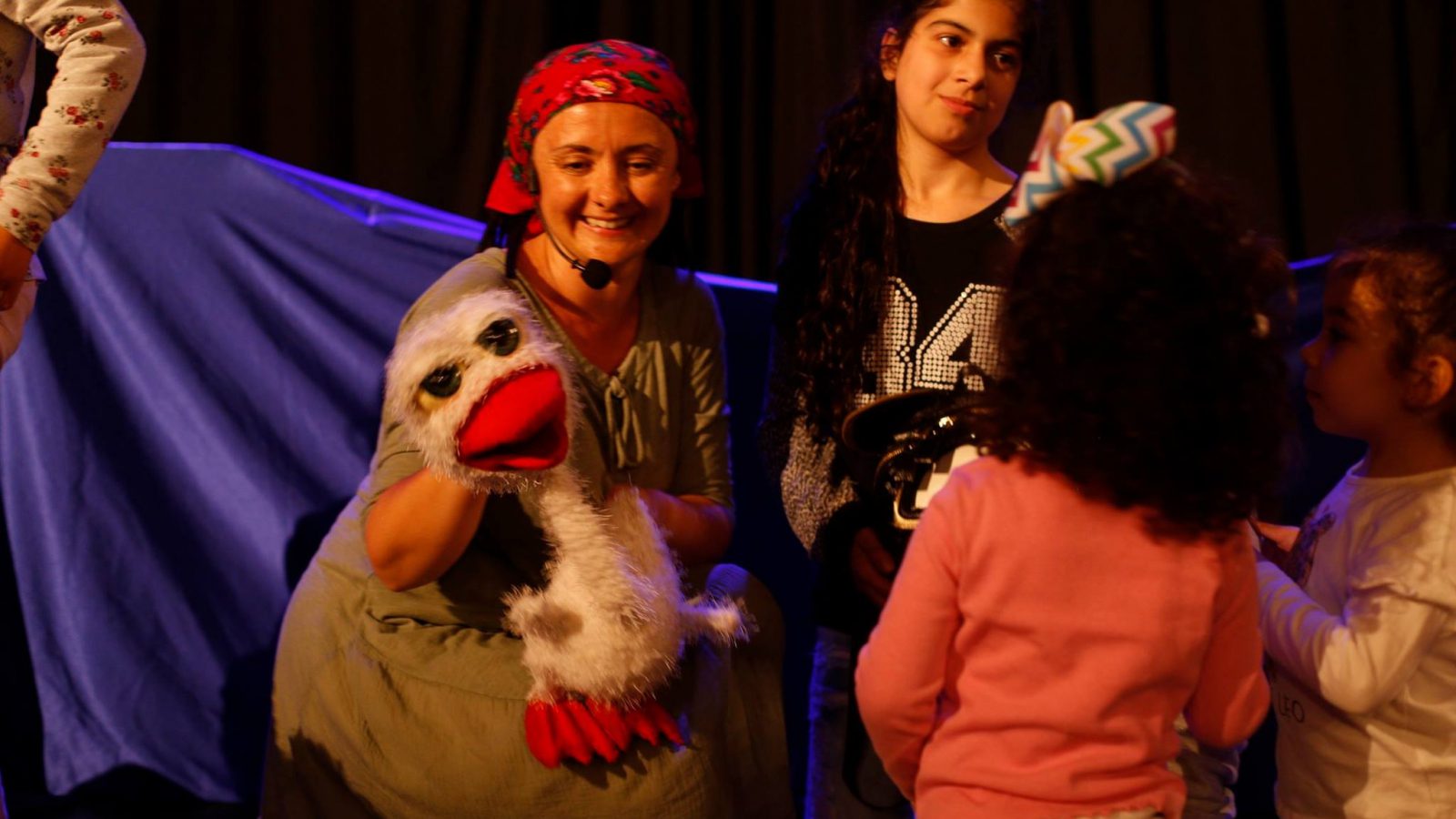 At the gate leading to the theatre, five-year-old Fares, is eager to attend the six o’clock show.

Fares came with his mother, Sabreen Mukarker Zidan, who has two children and lives in Beit Jala. She has attended most of the theatre and art productions with her two children. “We didn’t have any problem getting to the performances. We don’t have a permit to enter Jerusalem, nor do we have a Jerusalem ID card, so having the performances on in the West Bank areas, specifically Bethlehem, was very convenient as we were able to attend most of them”, said Sabreen. As to her children’s reactions to the productions, she said: “I was surprised by Fares’ reaction to the age-appropriate productions, which showed him an alternative to the world of smartphones and the Internet. I was pleased to see his reaction to the actors and dancers and to hear him describing the performances in detail to his father; while Zaid, although he is younger, was attracted by the colours and dolls and watched the performances attentively.” The mothers noted that the ticket prices were symbolic, causing no financial burden to their families.

The Festival’s message was “Take your child to the theatre, today”, encouraging parents to let their children watch, feel and fantasise more. Theatre for children and young people is a powerful tool for expanding their horizons.

Theatre groups from Finland, Germany, Italy, Scotland, Poland, Taiwan, Belgium, Brazil, Malta and many local groups participated in the Festival. Their performances relied on movement, sound effects and lighting, transcending the language barrier with the children, creating a tool for communication and achieving a positive long-term impact. 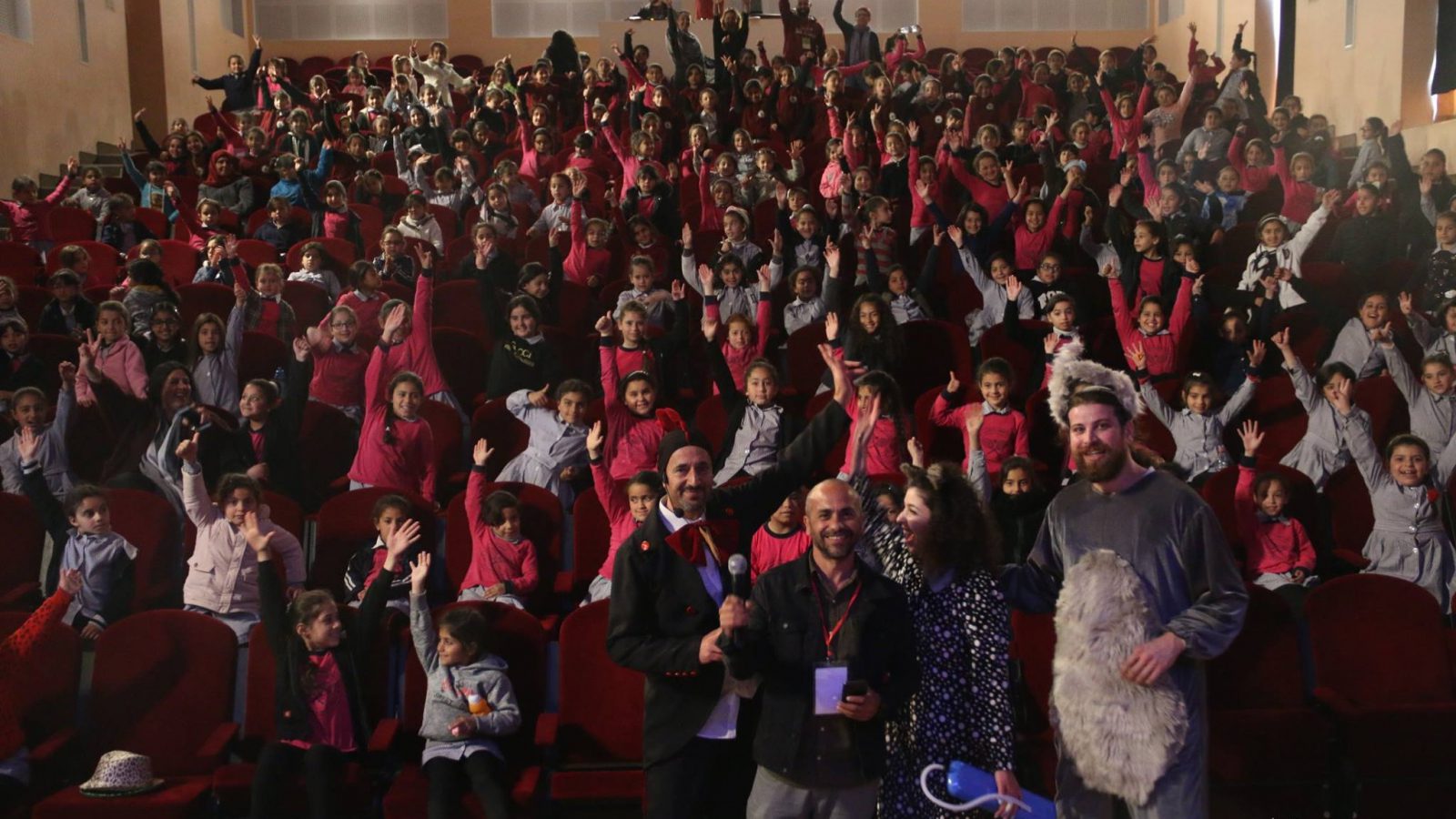 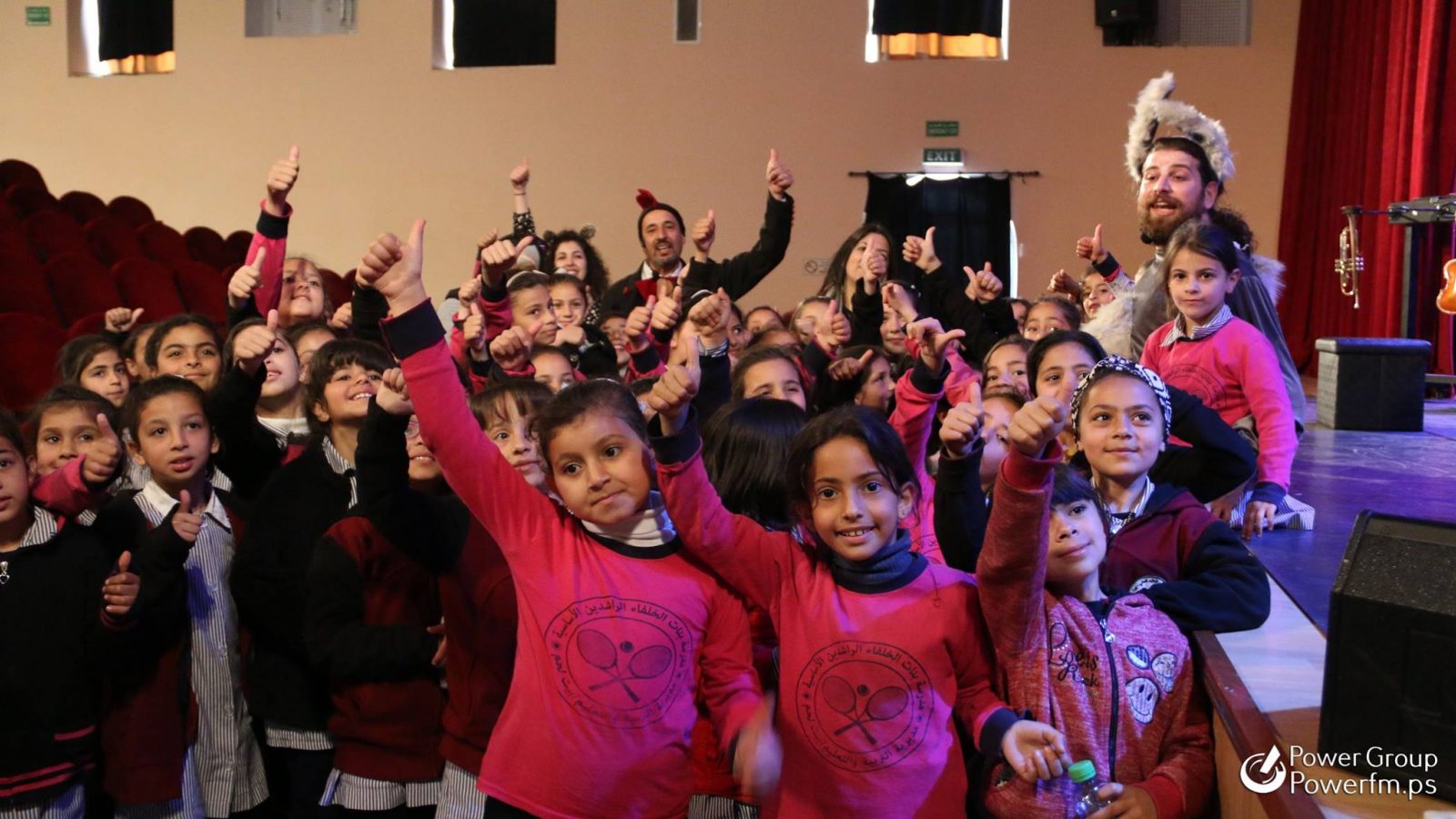 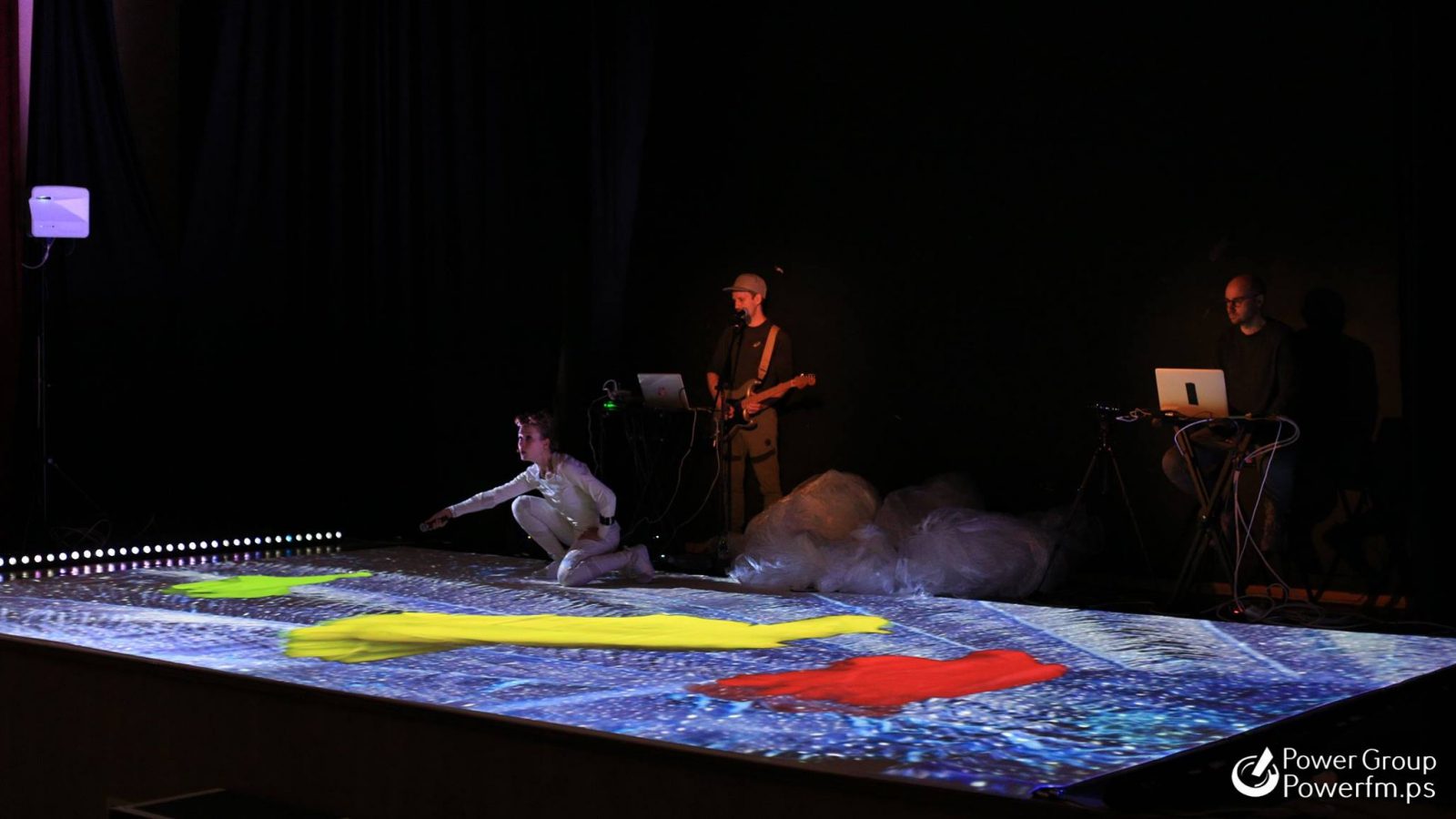 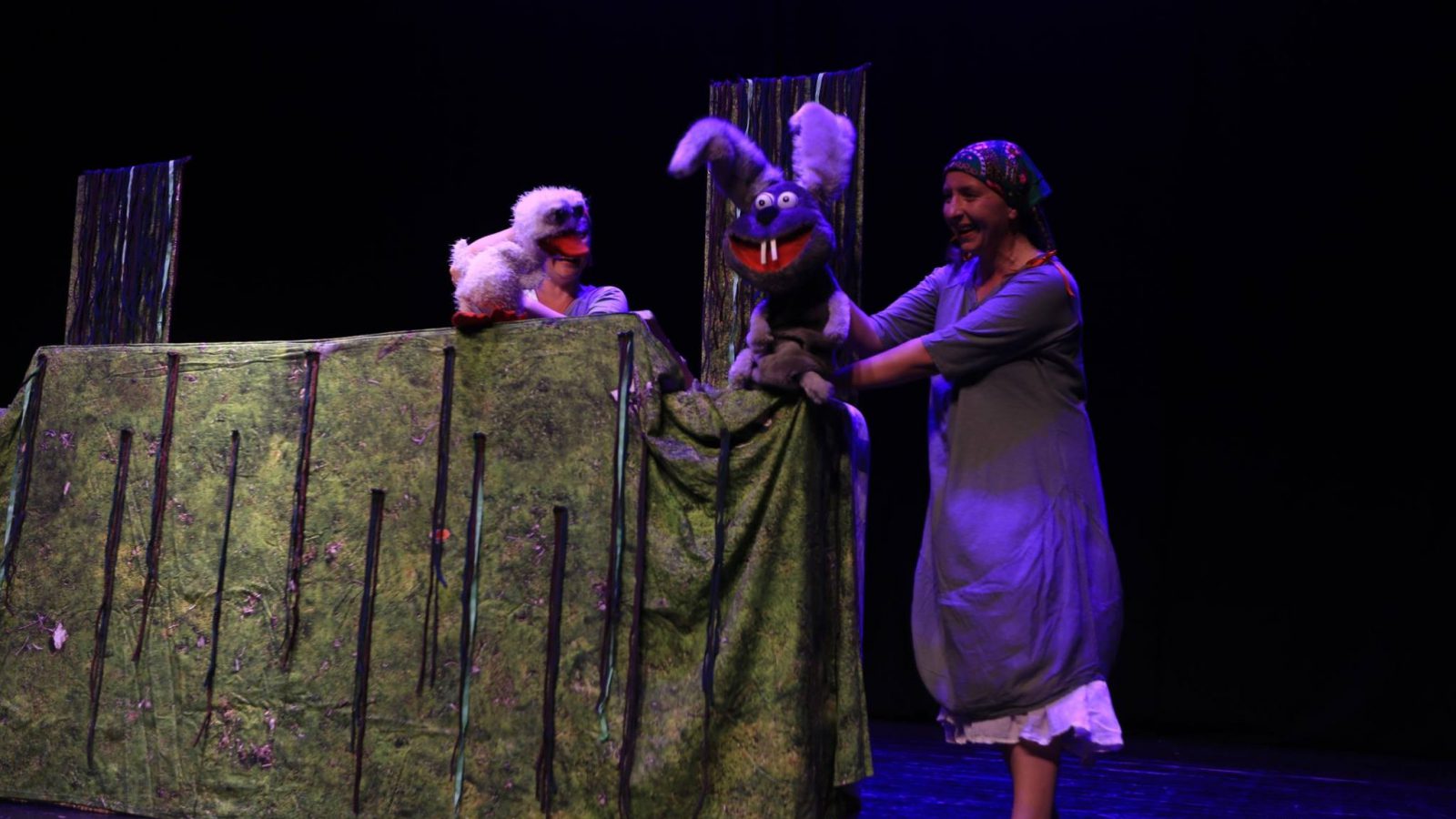 According to theatre director Marina Barham, the Festival travelled to many cities and the theatrical performances were characterised by their diversity. The Festival faced some of the obstacles on social level. Because of the conservatism of some communities regarding dance, shows were postponed and moved to other places. We also needed to enhance the visiting group’s understanding of the region and its political circumstances and overcome stereotypes regarding the occupation and the Palestinian community”, she added.

Al-Harah Theatre is a Palestinian institution created in Beit Jala with the aim of nourishing creativity and reaching marginalised communities to achieve its objectives. Ms Barham concluded by stating that “a children’s theatre is not a luxury in our society and, although it may not have been widespread in the past, our children deserve life and our youth deserve to be supported and have their energy released”.

The lights dimmed, the audience were on the edge of their seats, their voices dropping to a murmur, and just before the show began, the theatre was lit up again and the audience transported on a voyage to somewhere between reality and fantasy. This was the beginning of the play “Master of Dreams” by Al-Harah Theatre, which was a central show at this year’s festival.

The theater productions this year were flavored with music, dancing and singing to drawing. For many children, this was their first experience of sitting in a large, dark theatre hall filled with sound effects. Other children participated in interactive performances involving drawing and other forms of expression. The children’s interaction with the performances varied according to their place of residence, influenced by their social and political environment. For example, the reactions of children from Palestinian camps were more marked and more interactive. The organisers attributed this to these children’s need for release from their psychological pressure. This makes theatre the perfect place for children to express themselves.

The performances included new workshops that have been added this year to develop the festival further, in order for children to familiarize themselves with various elements like characters, scenography and the content, how to analyse, talk about and critique plays. These workshops were organised in cooperation with the Fiction Council. 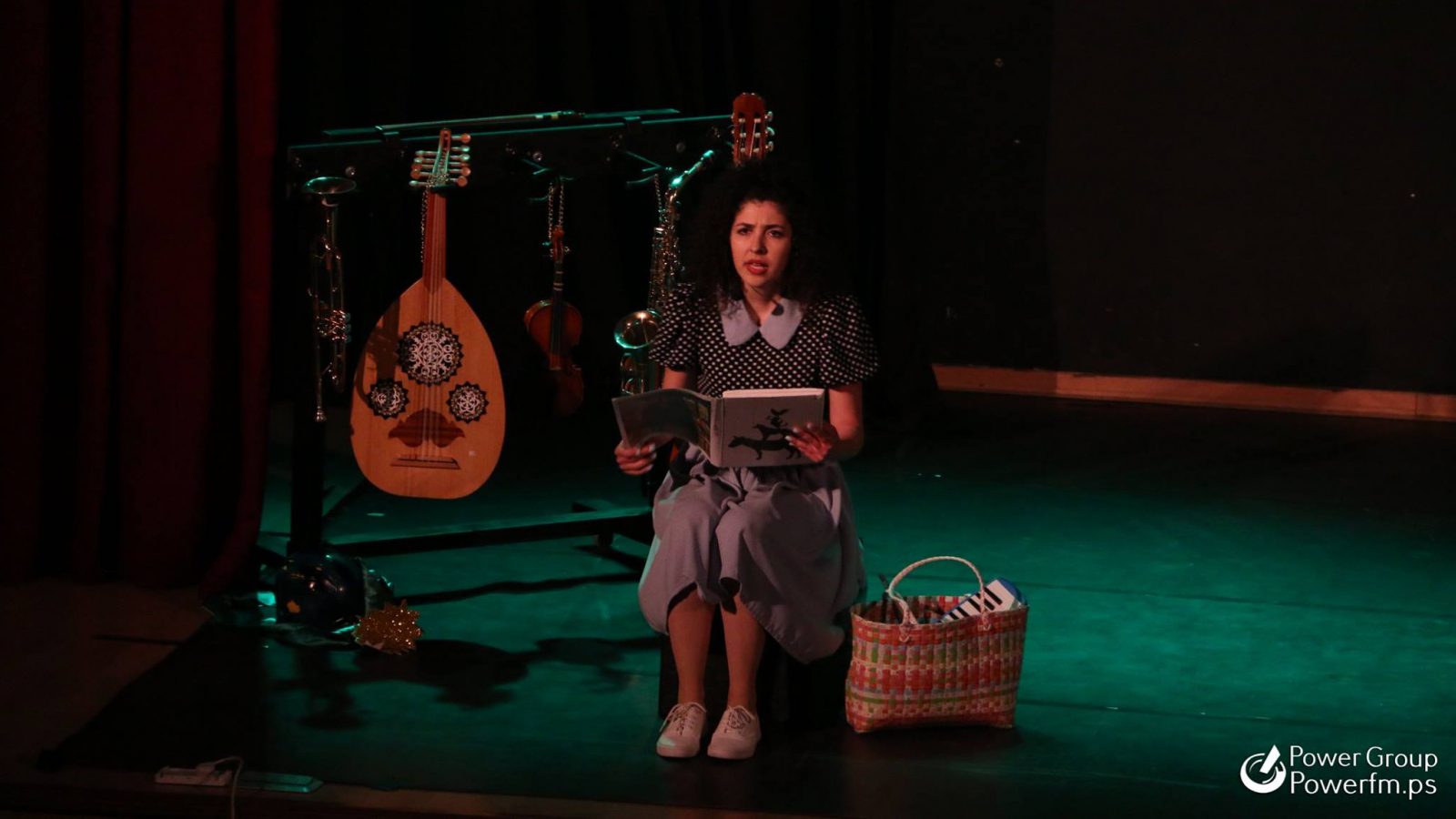 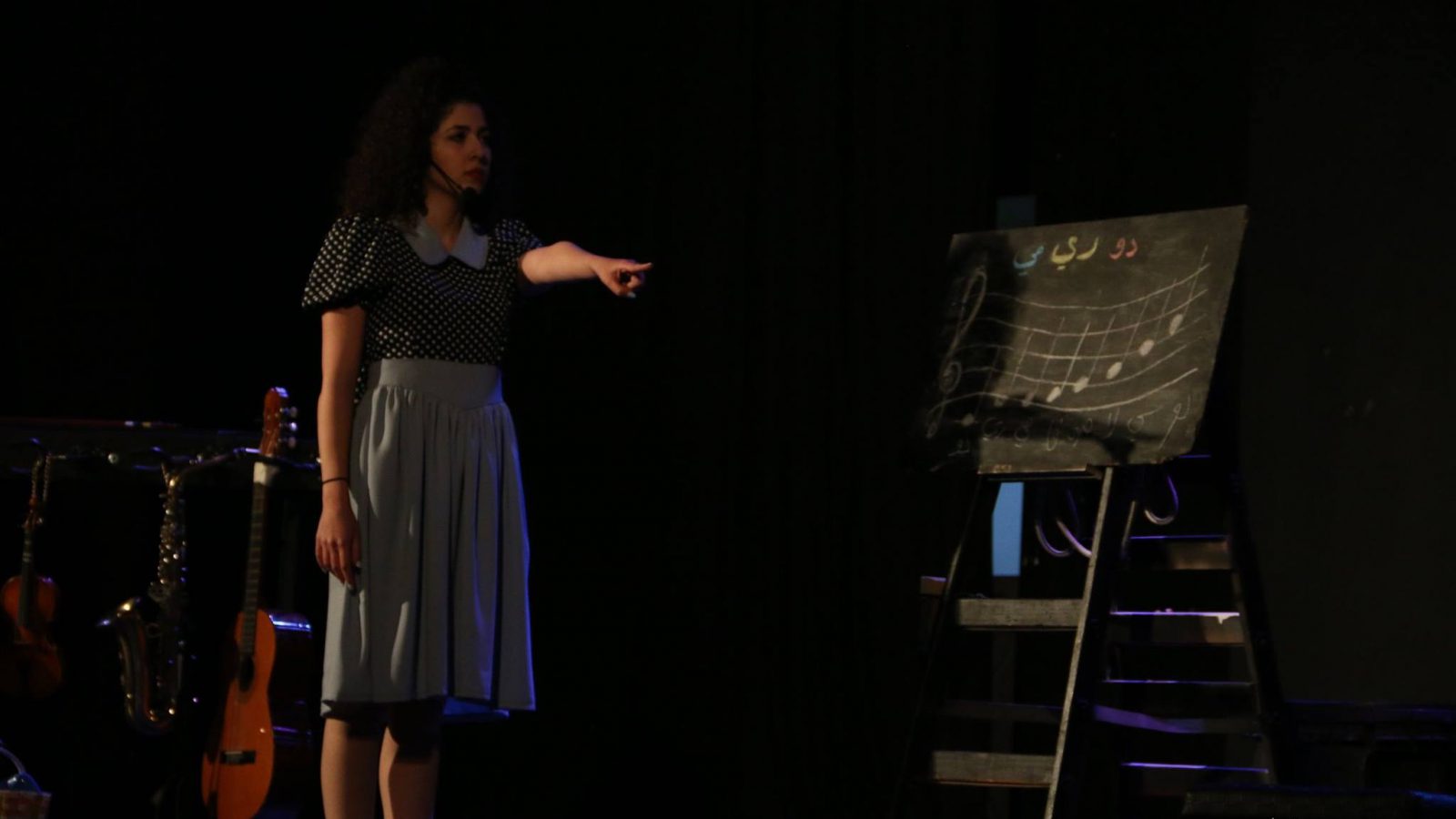 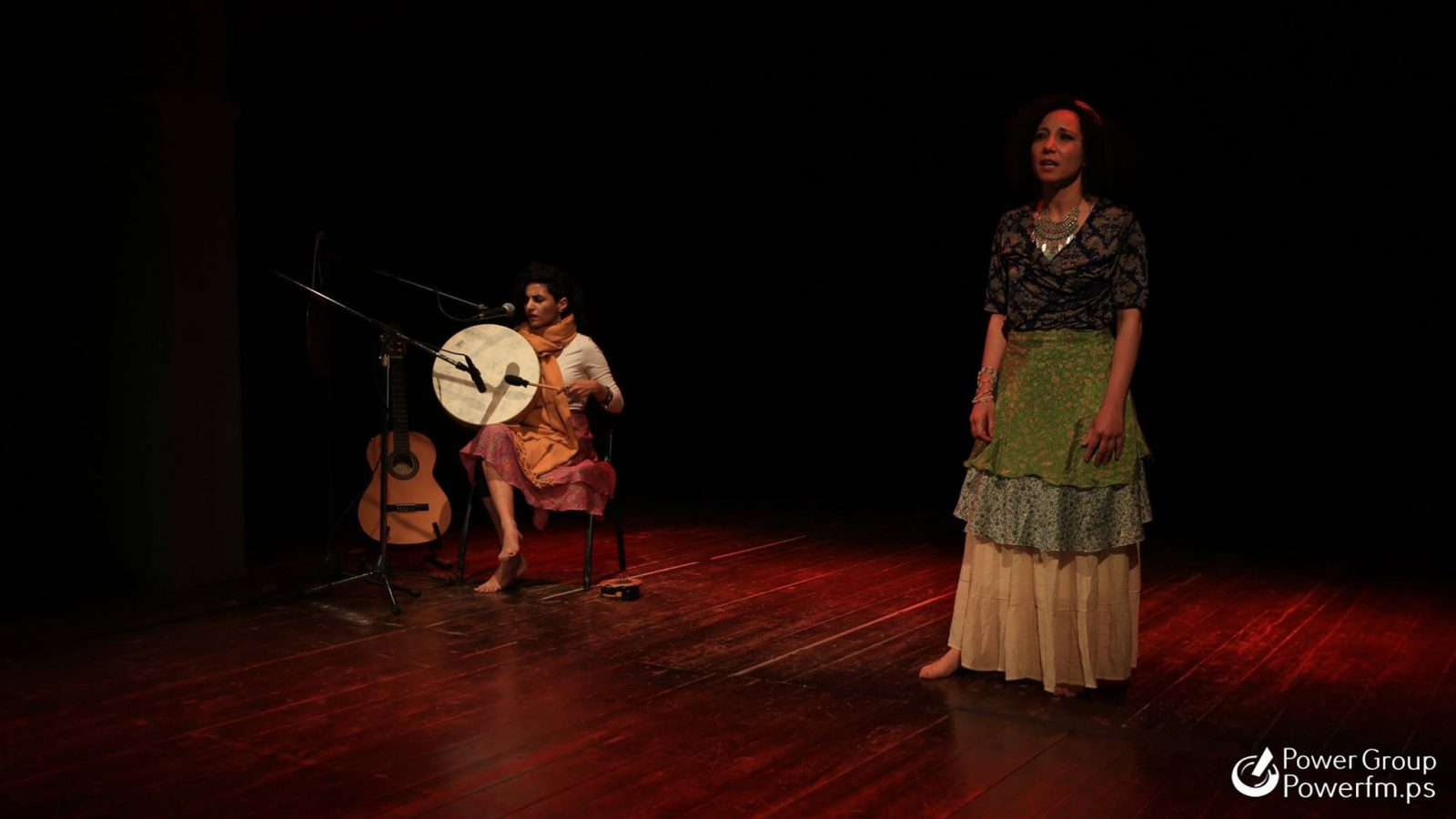 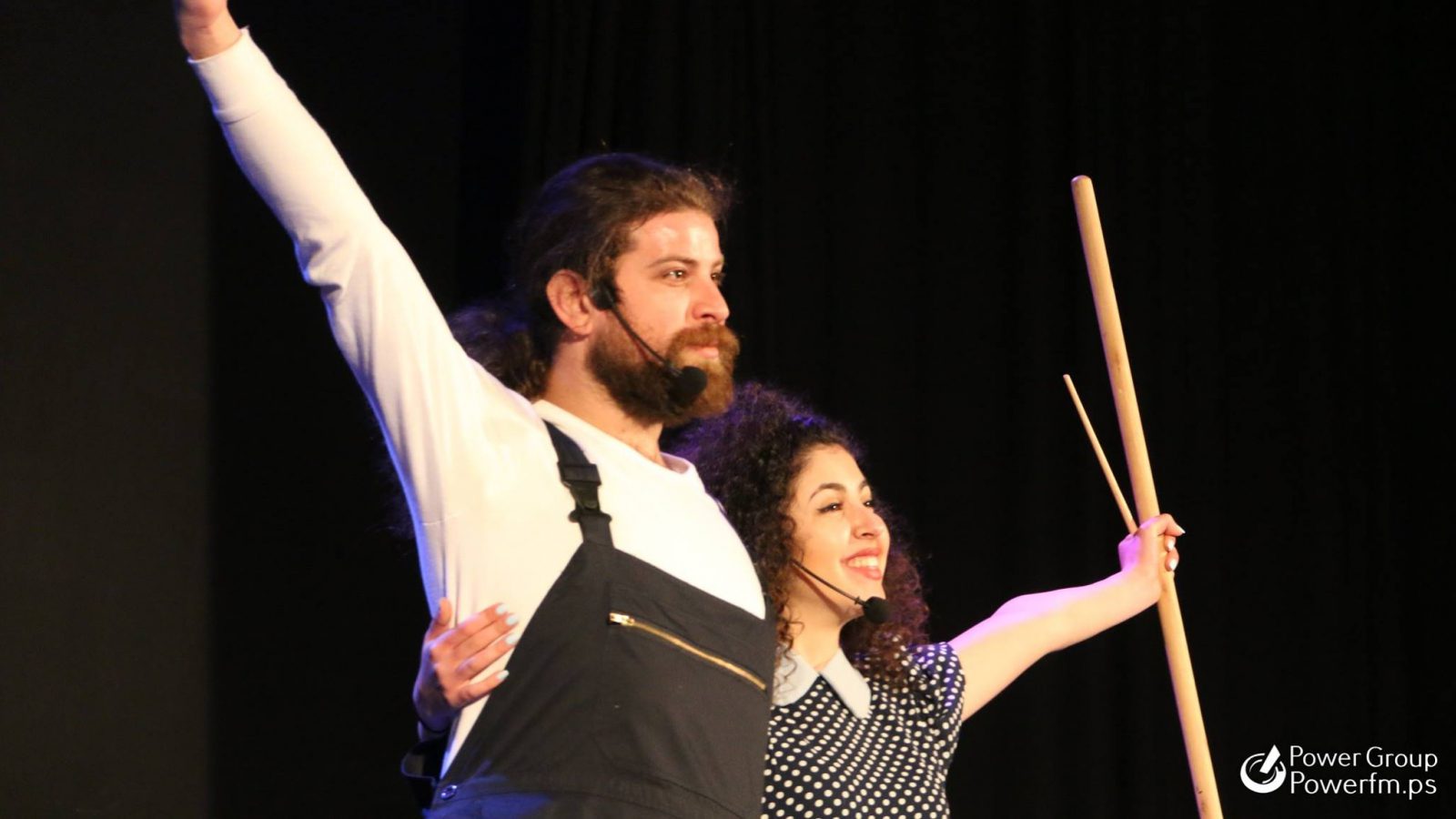 Samar Khalil, coordinator of the project Clap! and development director of the Al-Harah Theatre commended the technical committees that revised and scrutinised the productions in advance. This was to ensure that performances were of the highest quality and respected the intelligence of the children, whose abilities should not be underestimated. She said: “Three years ago, the project, which started as a street carnival, evolved into a full festival aimed at diversity and cultural exchange. The project CLAP! unfolded over several stages, beginning in January 2018 in “Creative Lab” and followed by the Palestine Caravan, which welcomed 36 performing arts representatives who exchanged their knowledge with artists in the Palestinian territories. Next came the current festival hosting 9 international theatre groups and 6 local ones, to be followed by an event that will represent the culmination of the project in July 2019.

Regarding the project, Samar said: We have been able to open a European cultural window on Palestine in an unprecedented way and this has created a basis for exchanging experiences and planning future projects involving local and international artists. This has had a positive impact on the Bethlehem 2020 Project. And the Street Carnival “Yalla Yalla” Carnival that took place during the project was also a premiere. These techniques required training and in the long term they allowed us to create a framework and attract children and families in general. “We are talking about very well-made giant puppets, more than four meters high, with exhilarating colours. The way they move and sway is expert and appealing. This convinced us that there was an enormous potential for development in the area of children’s theatre.”

She added: “Personally, I took my daughter to all the productions. Through working in this festival, I realised the importance of developing culture and arts in the Palestinian territories, which is not any less important than the development of water-related projects and infrastructure. By supporting young children, we are creating a balanced and creative generation capable of making changes. Our most precious asset is people themselves.”

During this year’s festival, the willingness to attend theatre performances and the opening to cultural diversity has been remarkable. According to Nicola Zreineh, one of the actors: “Palestinian children understand and accept the artistic performances in a special way due to the political, security and economic conditions. But despite everything, they remain children who need to be integrated, to broaden their horizons and to dream.” Nicola was an actor in the play “Master of Dreams”, where two children one of whom dreams of being a musician and the other a doctor must confront their parents’ wishes.

It is worth mentioning that the world of art and theatre has evolved a lot in recent years and offers its audience diversity, a way of sharing experiences and many opportunities for creativity and expression. Jehan Rizqallah is a stage manager from Bethlehem who has the experience in making puppets and theatre costumes. She was one of the participants in this year’s festival. She thinks that the Al-Harah Theatre has defined her personality and opened up future horizons for her. Jehan had been on stage since she was a child, until she discovered that she excelled at working behind the scenes and turned to stage management. This year’s festival provided her with the opportunity to apply what she learned in the UK in this field and to develop her skills. She believes that the Al-Harah Theatre and the Al-Horreya Theatre, founded by Juliano Khamis, have transformed her life. 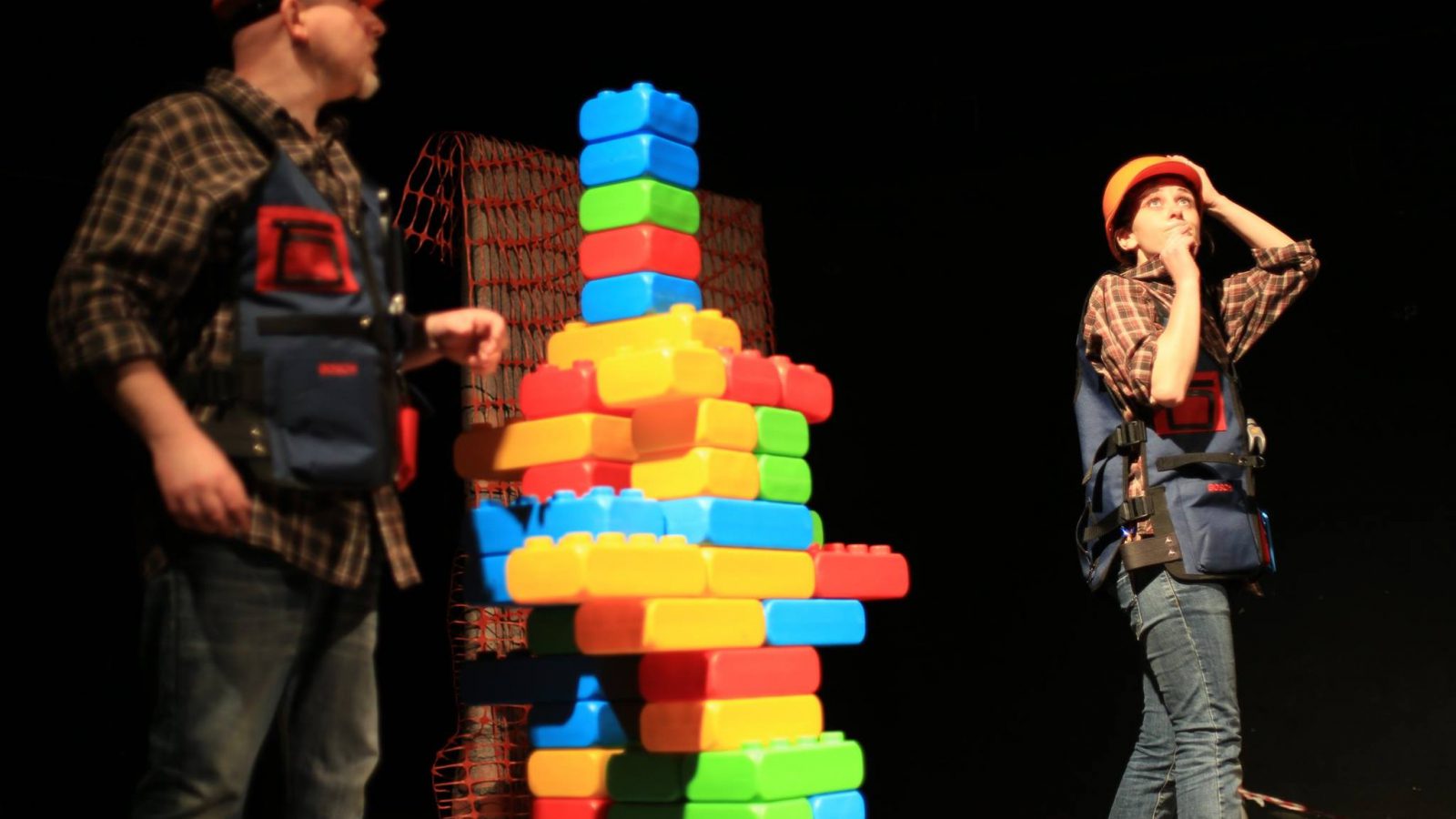 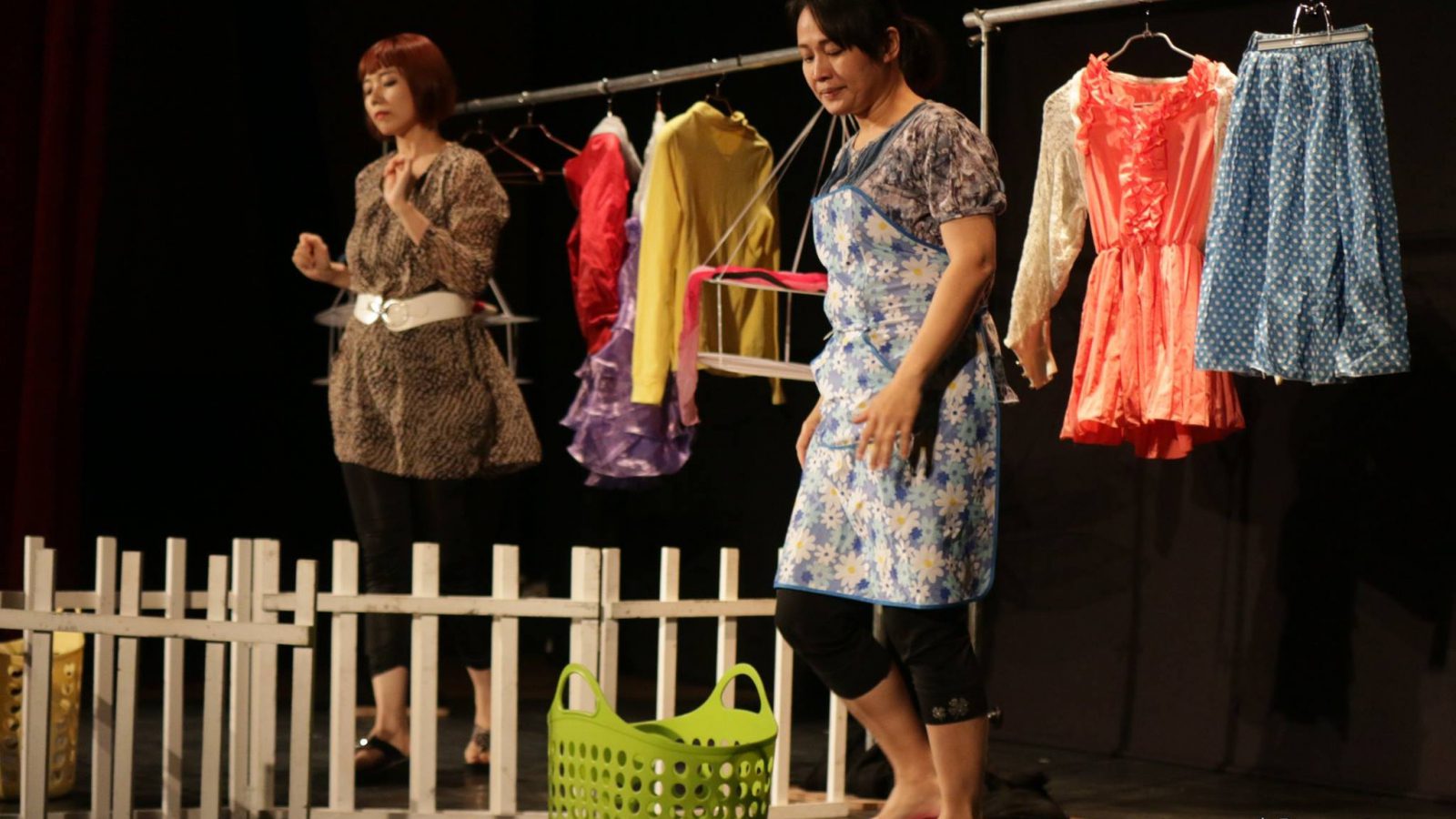 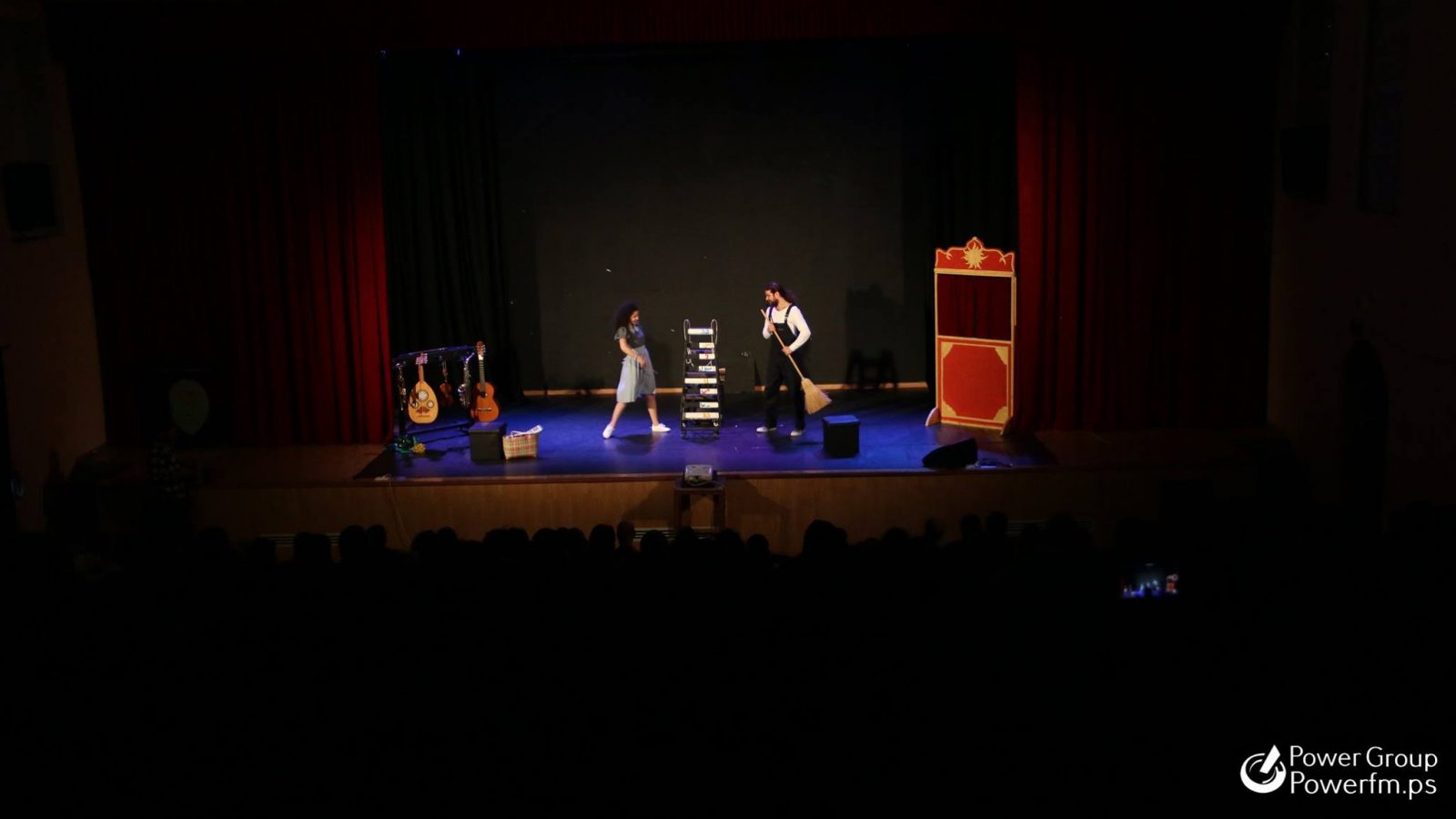 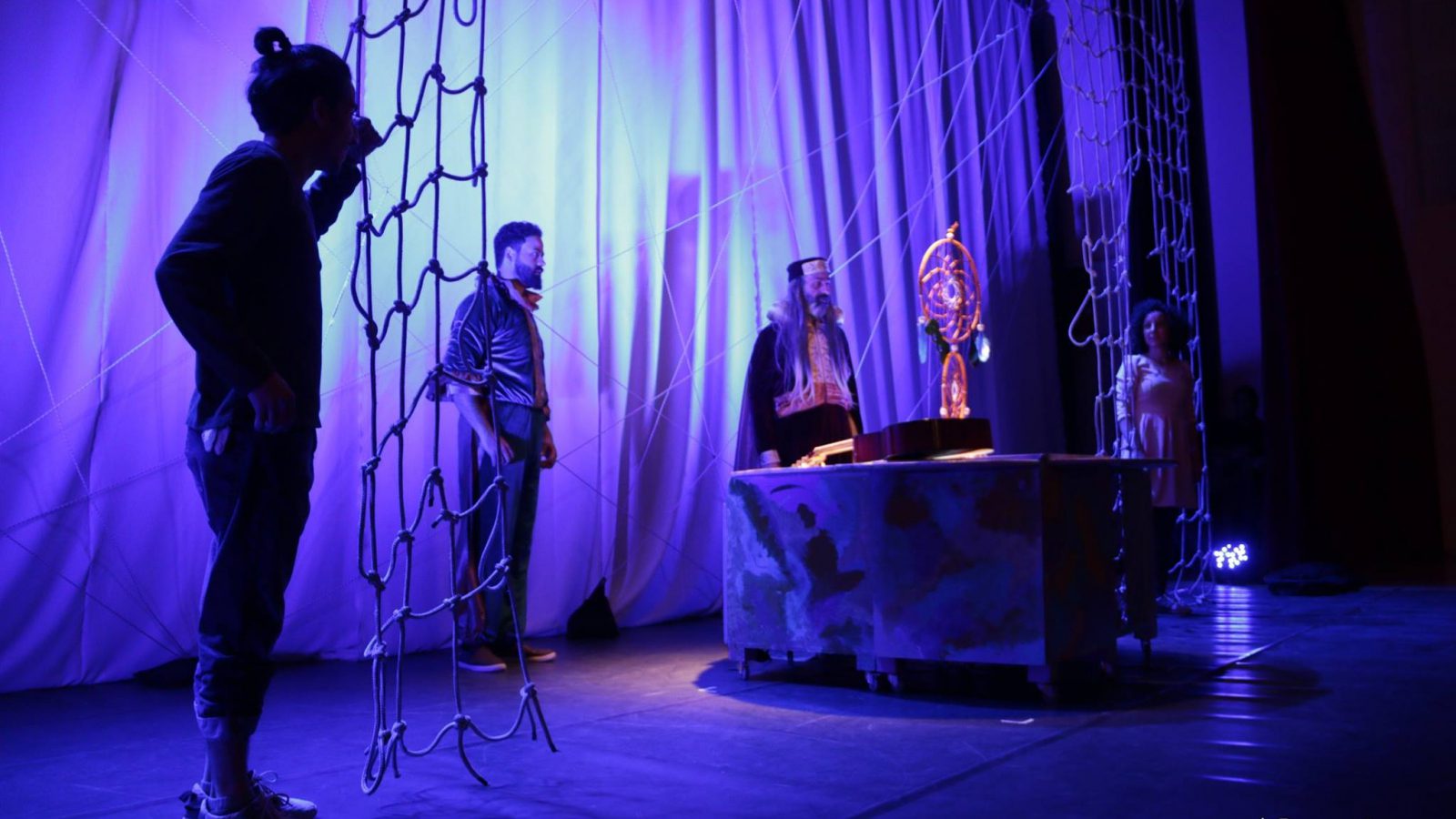 Palestinian theatre has evidently developed in recent years, especially the children’s theatre. There are actors, technicians and groups specialised in this field, either through their experience or through training initiatives that are sometimes supported by the European Union or donated by European countries. The result of this is that several Palestinian theatres in various Palestinian locations, including Jerusalem, Hebron, Bethlehem, Jenin and Beit Jala were selected for the festival.

The Maltese group, “The Big Band Brothers” presented a musical using big musical instruments during the Street Carnival. There was also an interactive dynamic presentation through the “Break”, a performance presented by the Nablus Circus School of Palestine. It is based on the activities and games engaged in by pupils during the school day and how to enjoy their time and common relationships. The production “The Backyard Story” used imagination and uplifting colours through the relationships between clothes drying outdoors!

The works have also introduced children to a new dimension and international tales for liberating them from stereotypical thinking and providing opportunities for creativity, reflection and experimentation through the story of “Red Riding Hood”, who become friends and take food to her grandmother in an exciting and innovative journey. The same idea was evident in the play “Eaten”, where a lion becomes friends with its prey, which stays alive in his stomach. The Al-Hakawati Theatre presented the play “The Stories’ Keeper” among the festival events. Moreover, the (silent) play “The Ugly Duckling” had no less impact than those that relied on sound and music. It used a mixture of puppets, colours and signals followed by children aged 5-12 years in a bid to encourage them not to feel rejected. The shows “Flou” and “Eyes Up” encouraged the audience to be interactive. The festival also contained traditional shows, presented under the heading “Zarif”.

It should also be mentioned that the festival was accredited by the Palestinian Ministry of Culture as the official Palestinian International Theater Festival for Children and Youth. This festival is an opportunity to bring family members together at shows that transmit theatre culture and the arts generally, unleashing the creativity of Palestinian artists, the young people taking part and the children in the audience.