Finding new solutions to long lasting challenges can sometimes spark drastic changes in society, as a young Lebanese entrepreneur demonstrated through his recycling mobile application “Live, Love, Recycle”. Supported by various European Union funded programmes, George Bitar has become a trailblazer and an inspiring example in the push for environmental education and protection in the Mediterranean.

Returning to Lebanon after years spent working in Africa, Georges Bitar was devastated by the catastrophic state of waste management in his home country. The closure of southern Beirut’s main landfill site a few years before, in 2015, had led to the accumulation of piles of garbage in the streets, valleys and rivers, provoking national debate. 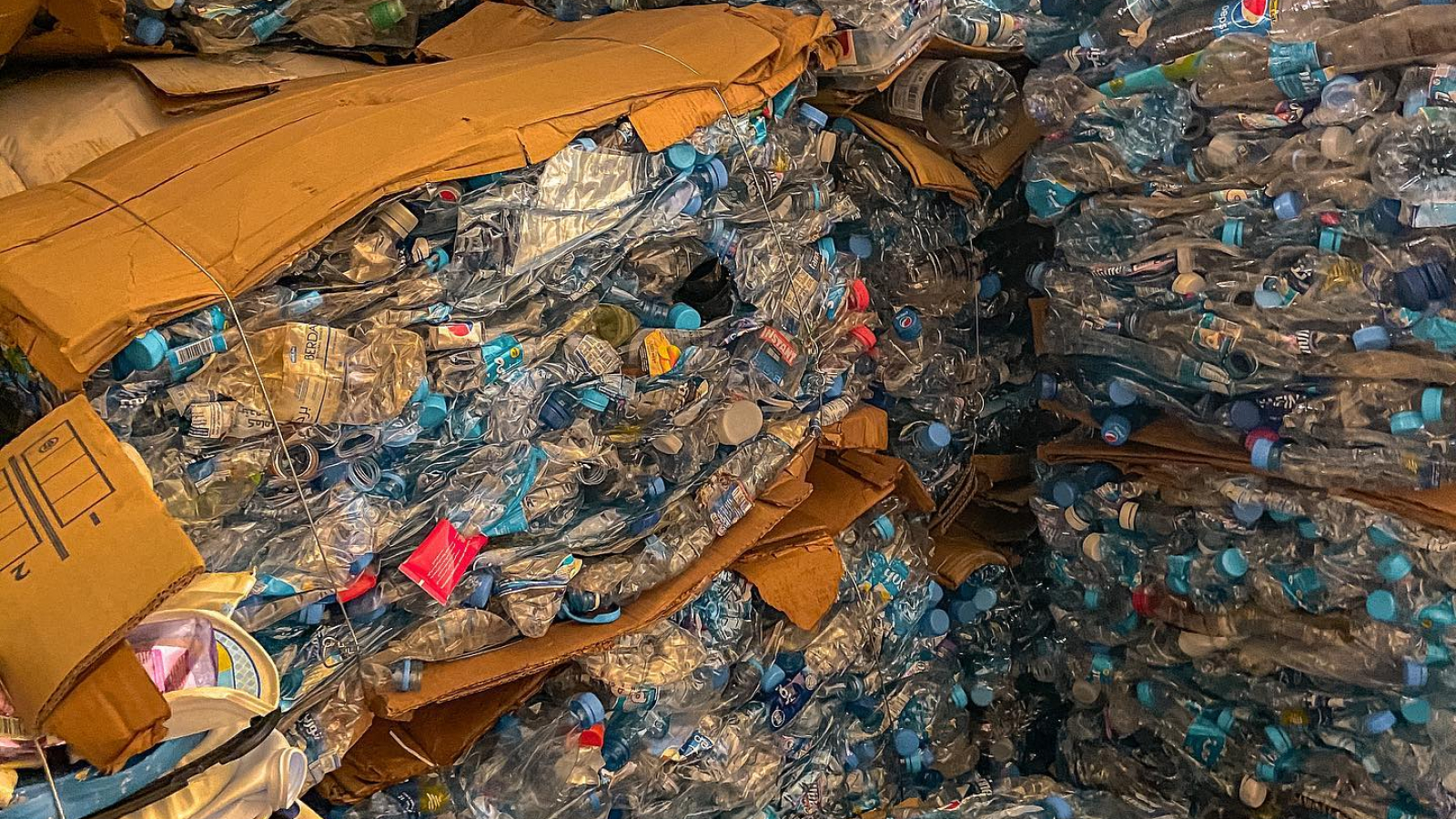 “When I saw what was happening, I wanted to do something. I did not have a lot of money but this gave me a purpose. I decided to find the funding myself, as a personal initiative for my country,” explains the young entrepreneur, who began collecting and sorting waste to ensure it got recycled in the few recycling plants across the country. But it was not long before George was faced with the first of many pitfalls on his recycling journey. As amounts of sorted waste started to grow, he had to figure out a way to transport them to the landfills. So he turned to what he knew best: Uber. “The goal was not to advertise [the app], but simply to act with people,” he recalls, adding that the hashtag #UberRecycle quickly became a victim of its own success. “After only three weeks, we had too much demand, and it was no longer tenable for the app.”

With the support of Live Love Lebanon –a social enterprise working to build communities and positive impact towards nature, society and culture- George launched his own initiative “Live Love Recycle”, which caught the eye of several international partners such as the UN World Food Programme, ACTED and Germany’s Federal Ministry of Economic Cooperation and Development (BMZ). This funding allowed the young entrepreneur to purchase a fleet of electric vehicles including 55 electrical bikes, 4 electric tuk tuks, and one truck.In April 2018, the mobile app Live Love Recycle was ready to launch, under the slogan “No more problem with address, no problem with timing. In one click, a motorcycle comes to collect your waste.” Success soon followed. “We promoted the app on the social channels of Live Love Beirut and on the first week, the app topped the app store as the most downloaded app in Lebanon!” “We knew there was a need for this, but we did not expect people to react so positively!”

The domino effect notably stemmed from the accessible nature of the app, which clearly explained how to recycle, even for complete beginners. “People usually dismiss recycling efforts altogether because they feel uneasy about the sorting process: they get confused by which items to sort and how. So we made sure to use the app and our social media to share information on what to recycle so we can simplify the process for them.” The education process did not stop there: to ensure the sustainability of his initiative, George wanted to make sure that people better understood their own consumption habits, through weekly awareness raising workshops with local businesses and organisations. “While many recycling facilities in the country are operating at 40% of their capacity, the solution for us is not only recycling, it is to reduce at the source.” 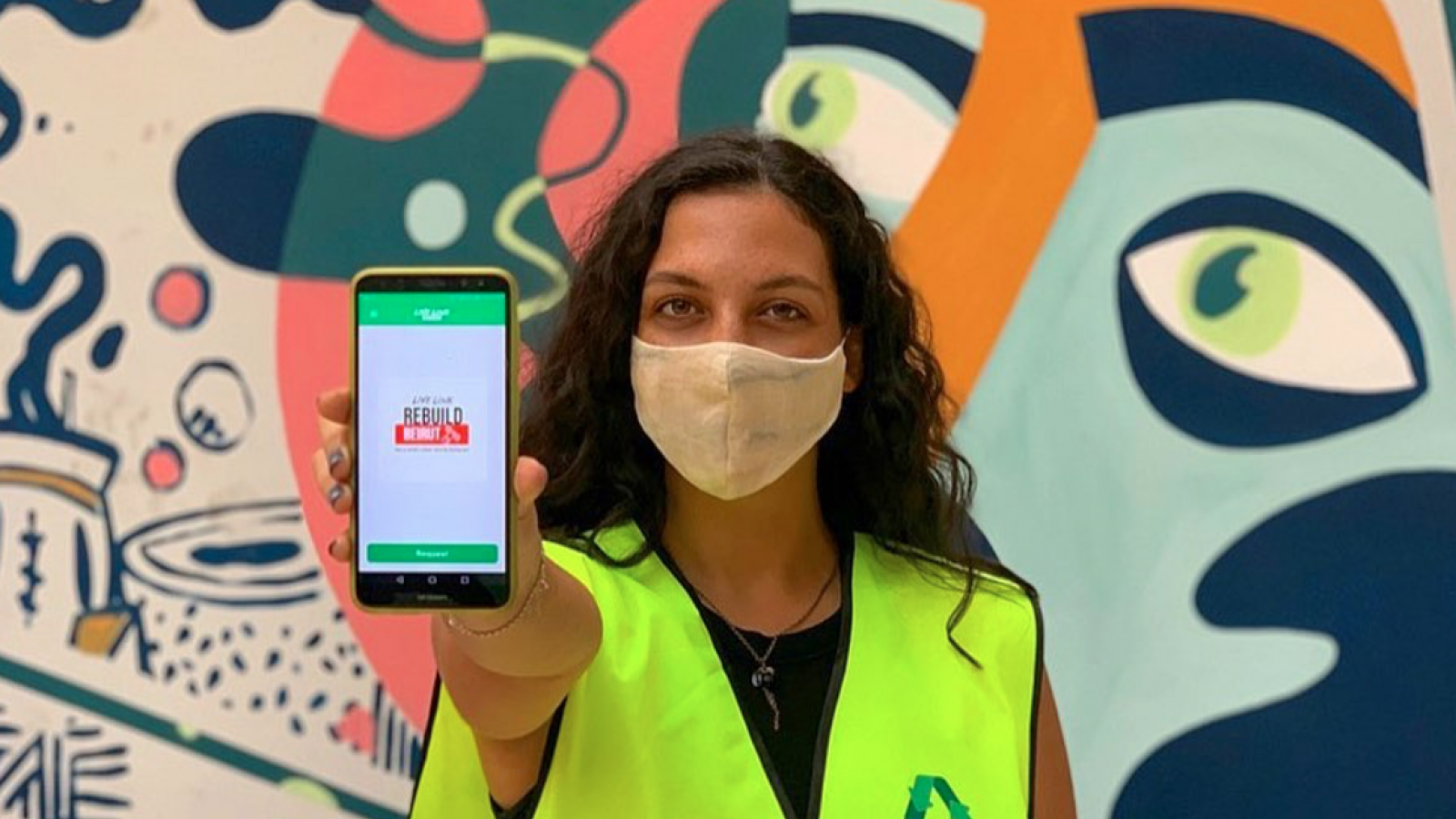 Inspiring others: a voice for change in the region

Bolstered by his initial success, George started forming partnerships with various initiatives and entities involved in green entrepreneurship in Lebanon. “Collaboration is at the heart of Live Love Recycle so we try to connect with all recycling initiatives across Lebanon to be able to all benefit from the app and its data. Plus, we work hand in hand with municipalities as our work cannot replace what should be done by the government.” This desire to spread his message to fellow young Arabs is what pushed George to participate in several EU-funded programmes and initiatives, including MedUp!, a regional project co-funded by the European Union that aims to promote social entrepreneurship in Egypt, Jordan, Lebanon, Morocco, Palestine and Tunisia. The EU supports the development of enterprises and start-ups that can help Lebanon and the region move towards a green economy.

Live Love Recycle was among the 64 social enterprises selected under the MedUP! Fund, which will provide tailored financial and technical support throughout the duration of the project. “This helped us improve our app a lot, and expand our outreach,” George explains, also citing the encouraging support the app received from The Next Society in the framework on a Zero Waste in the Mediterranean contest.“The team from The Next Society –especially Amina- has been standing by us in all of our advances and they are always there when we need them. It really helps for a growing initiative!” But Love Live Recycle would not be where it is if it was not for the support of Switchmed, an EU-funded regional project which promotes the switch to a circular economy in the Mediterranean. “They introduced us to the 3-month Climb accelerator programme in France, and have given our app a great boost online, in addition to many networking opportunities. Now we have a lot of contact with other social entrepreneurs in the region, and we have a lot of opportunities lined up for the future [once the corona situation will improve].” 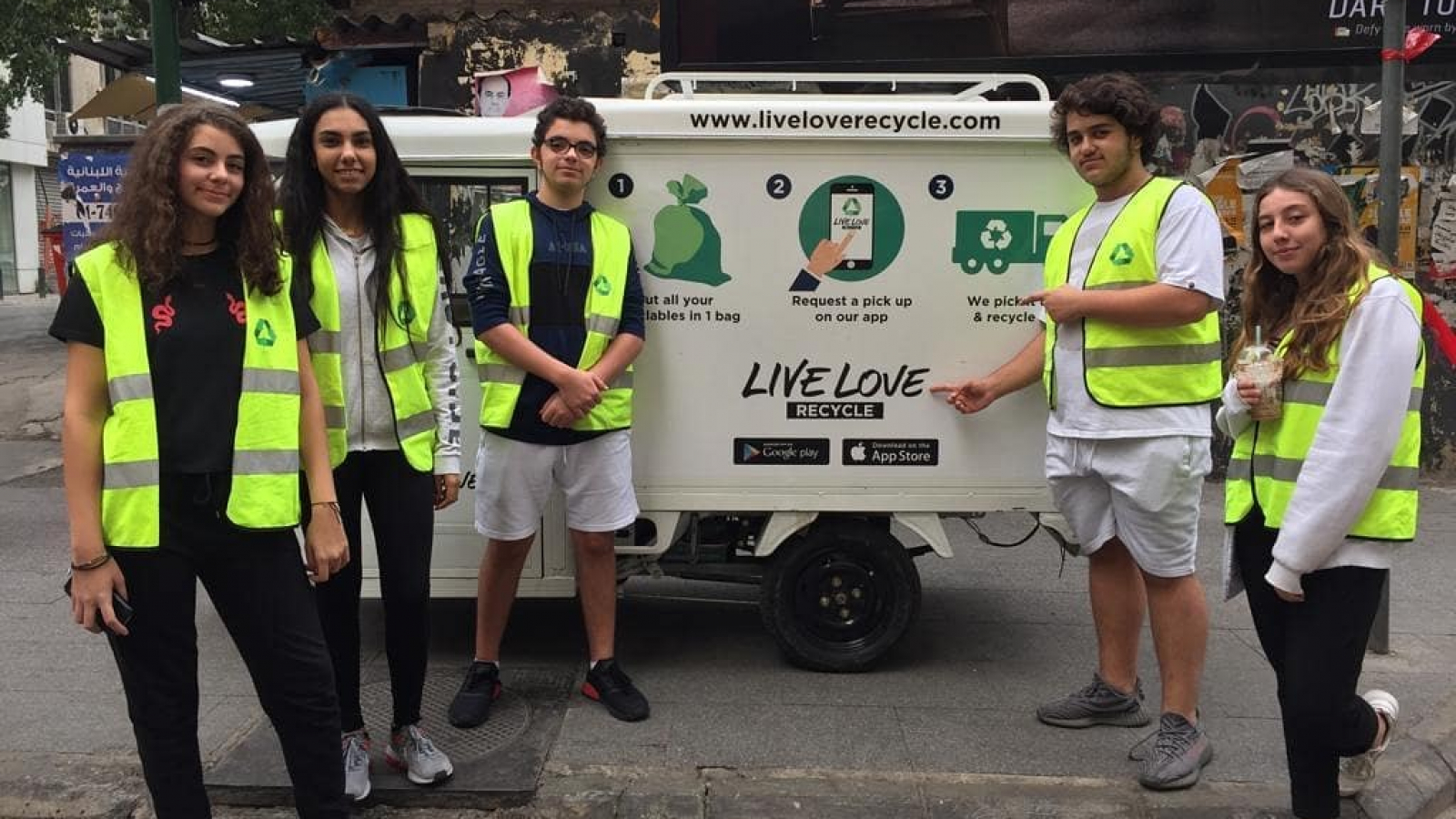 All united for change: a social initiative

While Live Love Recycle started as a free of charge service, the running costs and original overhead quickly rose way above the revenues generated by the sale of collected waste, estimated at 3,000 dollars (around 2540 Euros) per month. Indeed, the project was launched with a deeply entrenched social vision in mind. “We wanted to make Live Love Recycle a 100% social initiative, by creating decent, empowering job opportunities for women and people from vulnerable communities,” George explains, citing the example of Mirna Toutayo, a housewife and mother of three teenagers who cooks for Live Love Recycle. “This new salary she receives helps tremendously to cover her family’s expenses, as is the case for the seven other full-time collectors and eight part timers.”

Always bursting with new ideas, George opened a Kickstarter crowdfunding campaign in 2019, to collect donations from citizens willing to fund the project and support recycling in Lebanon. “This campaign, which generated 52,000 USD (around 44,000 Euros) served as a transition to the next phase of Live Love Recycle, which currently has a 12% monthly increase.” Live Love Recycle currently serves 5,000 users impacting more than 20,000 people in total, according to its founder, who notes that, within only two years of operation, the team has collected more than 500,000 bags of recyclables, saving more than 600 tons of waste from ending up in open pit dumps, burnt, or in the ocean.