Leaning against the wind of conventions, Rawan Quraysiah is a brilliant young Libyan student in aerospace engineering. At 23 years old, she has achieved what most accomplished engineers would only dream of, through her EU award-winning project, Innovative Engines. As part of the EU4PSL competition, she developed a unique fuel-saving solution for cheaper and more efficient car engines. 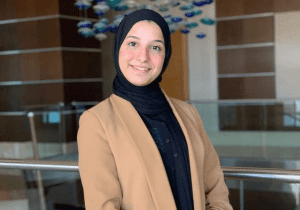 Innovating Engines: for the love of creative mechanics

Innovative Engines, which won first place in the Entrepreneurs of the Future national competition organised by the EU-funded EU4PSL project, is a multi-dimensional company focused on developing cheaper and more efficient truck engines.

Structured around several sub-projects, the company focuses on car design and production of auto parts, recycling of used cars and the development of innovative engines.

“I am currently focusing on the engine part of the company, which is what got the most interest during the competition,” says Rawan, who officially established her company one year ago in Libya.

“We have done a lot of testing, for instance switching engines of a specific car brand that usually has a capacity of only 1 to 2 tons of diesel to a 3-ton engine using gasoline,” she explains, adding “by making that switch, the cars become much more efficient and, especially, less expensive to run because the gasoline is much cheaper than diesel.”

“Additionally, these engines can be fixed more easily in case a problem emerges,” the young lady adds with pride. 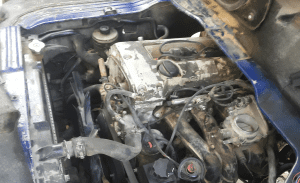 Thanks to the EU4PSL prize, Rawan received 7000 LYD as seed funding from the event’s sponsors, allowing her to turn her university project idea into a viable business venture. “Winning this first place meant a lot to me because my future largely depended on this project. When I won, it felt like I had reaped what I had sown.”

Financed by the European Union and implemented by Expertise France, EU4PSL aims to improve Libya’s business environment in order to generate economic growth and job opportunities, with a specific focus on women and youth. It does so by supporting entrepreneurs with innovative, job generating projects like Rawan’s; strengthening the capacities of Libyan’s institutions; and improving access to finance for Micro, Small and Medium Enterprises and start-ups, among others.

Rawan says her pride of winning the competition also came from being a woman: “I was singled out not only for my idea, which had never been done before. But also for being a woman, competing with so many men.” 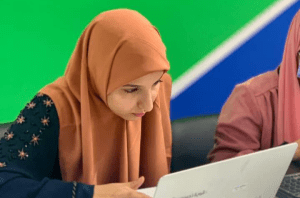 Women’s creativity: the mother of all inventions

The road has not been easy though… “From the beginning, I encountered many diﬃculties in my ﬁeld of work. I faced so much criticism from people thinking that this project was meant to be achieved by a man rather than a woman.” Nevertheless, she persisted, and managed to prove herself.

Today, her business is striving. She recently obtained an official license for her business and has used the money she earned through the EU4PSL competition to buy material and equipment.

Nevertheless, Rawan laments that “society makes a mockery of the capabilities of women and tends to make them believe that they cannot be successful in what is considered ‘a man’s ﬁeld’.”

But for her, who aspires to become a ﬂight engineer and international ﬂight inspector, women’s creativity is the mother of all inventions. “We have the ability to succeed and to inspire the world.”

And she abides by what she preaches: in addition to Innovative Engines, the young woman is a member of the Libyan Robotics Club, studies programming, Internet of Things (IoT) and strategic planning. She is also a self-taught English speaker, a trainer in first aid, and has experience as a dental assistant.

“Anyone with an ambition -whether big or small- can succeed,” the young student asserts, stressing “just do not let those who don’t believe in you get to you. Do not even think about giving up on your dream because of them. Your reward will soon be the pleasure of success and the wings that unlimited ambition gives you.” 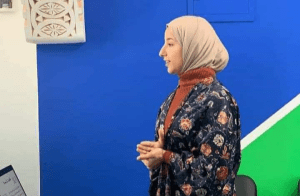 EU4PSL is a project financed by the European Union and implemented by Expertise France, which seeks to improve Libya’s business environment in order to generate economic growth and job opportunities in particular for the youth and women.

It works with government authorities, civil society organisations and entrepreneurs. It paves the way for a country where the youth and women are able to create their own jobs and turn their dreams into businesses.

EU4PSL project is part of European Union support to the private sector development in Libya, such as SLEIDSE project, which is also implemented by Expertise France.