Over two days, the analysts from the Euromed Police partner countries worked on the project’s flagship product: the Euromed Police Threat Assessment, or “EMTA”. This document, inspired by the methodology of Europol’s SOCTA (Serious and Organised Crime Threat Assessment), aims at outlining the state of play of organized crime in the Southern Mediterranean region, with a focus on specific priority areas such as drug trafficking, arms trafficking, cybercrime and facilitated illegal immigration.

The work of the Euromed Police analysts consists in producing threat analyses according to a scientific method that the network’s members have now been working on for two years. This work had yielded results: the final version of the EMTA, published in September 2019, collects the contributions of seventeen countries from each side of the Mediterranean and offers a global perspective on the phenomena that affect this region.

The EMTA’s impact reaches far beyond Euromed Police IV, and its continuation is now guaranteed. It will be ensured by the future leadership of CEPOL and by Europol’s analytical support from 2020 onwards.

The aim of the Euromed Police IV project is to increase citizens’ security across the Euro-Mediterranean area through the strengthening of cooperation on security issues between the Southern Mediterranean partner countries, as well as between these countries and the EU Member States. It builds on the achievements of the previous phases of the project. The project runs from 2016-2020 with a budget of €5 million.

Algeria: growth and its negative effects on water resources 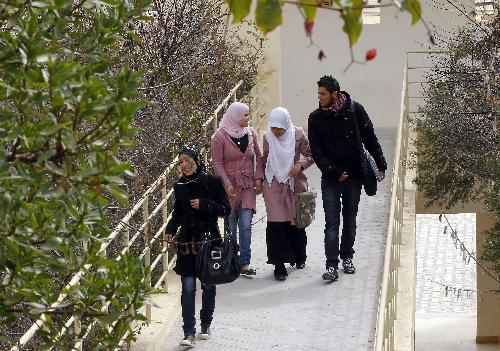