Two Egyptian sisters are taking part in the EU-funded Youth Led Cultural and Civic Initiatives to raise awareness of the importance of preserving Cairo’s ancient buildings and cherish the city’s shared heritage. Through public workshops and creative exhibitions, they hope to reignite the public’s interest in the wealth of their surroundings. 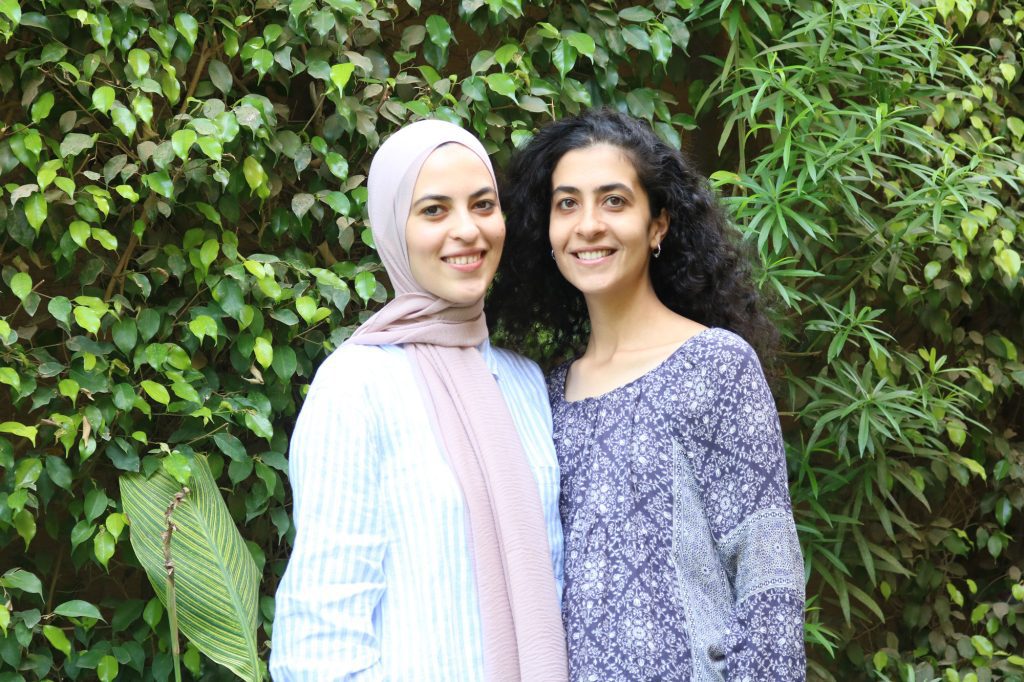 When they returned to Cairo after studying in Barcelona in 2018, Nadine and Nouran Sameh became mesmerised by the “Mogammaa”, a bureaucracy building abandoned by its former administrative occupants who had moved to a newer part of the city.

Representative of a concept they were highly drawn to -the urban collective imaginary-, the building’s singularity and symbolism hit them literally. “It symbolises a very bureaucratic epicentre, where everyone who lives or comes to Cairo would have gone to at least once,” the sisters explain, noting that “because it overlooks Tahrir Square, it has also been witness to so many political unfolding over the years.” 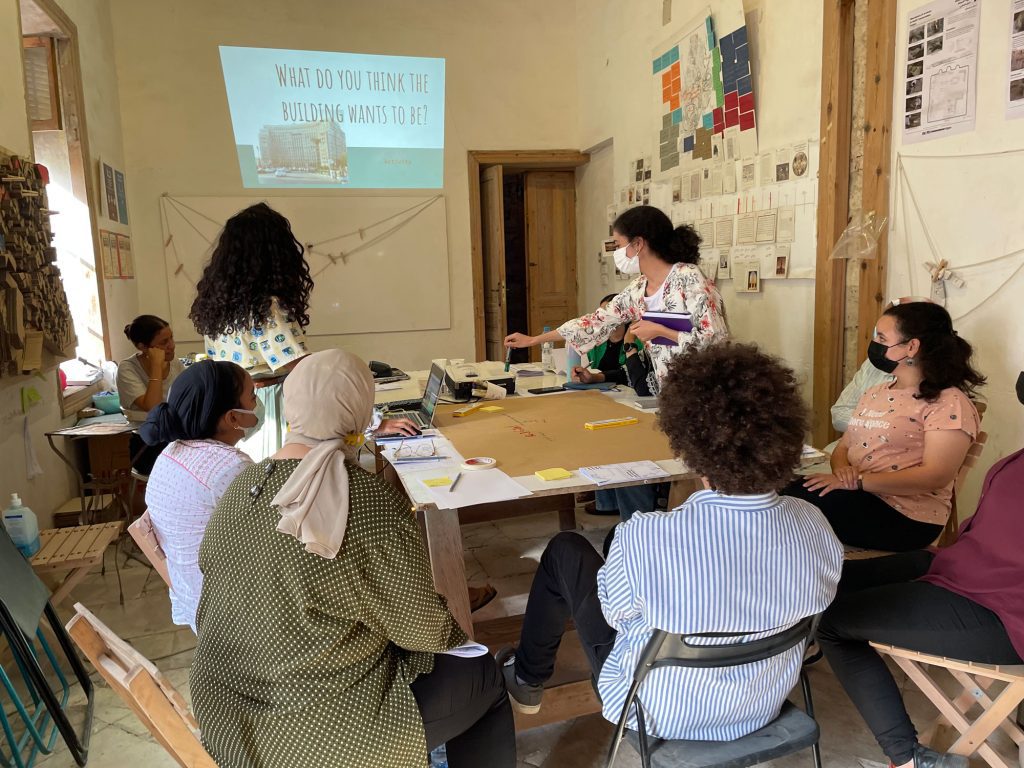 The pair drafted an article where they expressed their views about the future of this building, among others, and their powerful status as a receptacle of the collective imaginary

Rich of their studies in architecture and urban design, Nadine and Nouran wanted to turn their idea into a more concrete project. That is when they came across the EU-funded Youth Led CuItural and Civic Initiatives (YLCCI), a programme that aim to encourage community-based and contextual projects using collaborative approaches.

Implemented in underserved areas of nine countries of the Southern Mediterranean, including Egypt, YLCCI also seeks to raise knowledge and capacities of young artists, collectives and cultural operators on the development of contextual work, and community engagement in cultural and civic activities.

“We wanted to raise the alarm and insist on the fact that every Egyptian -not just architects- should care about their city and the future of its buildings,” Nadine insists, noting that the article morphed into a full-blown creative project titled ‘An Experiment in Collective Urban Imaginary’.

For Nouran, this project was a way to “start a common reflection around what we all share in the city, space creation and how we occupy space. All the possibilities that it could lead to, architecturally, anthropologically, and so on.” 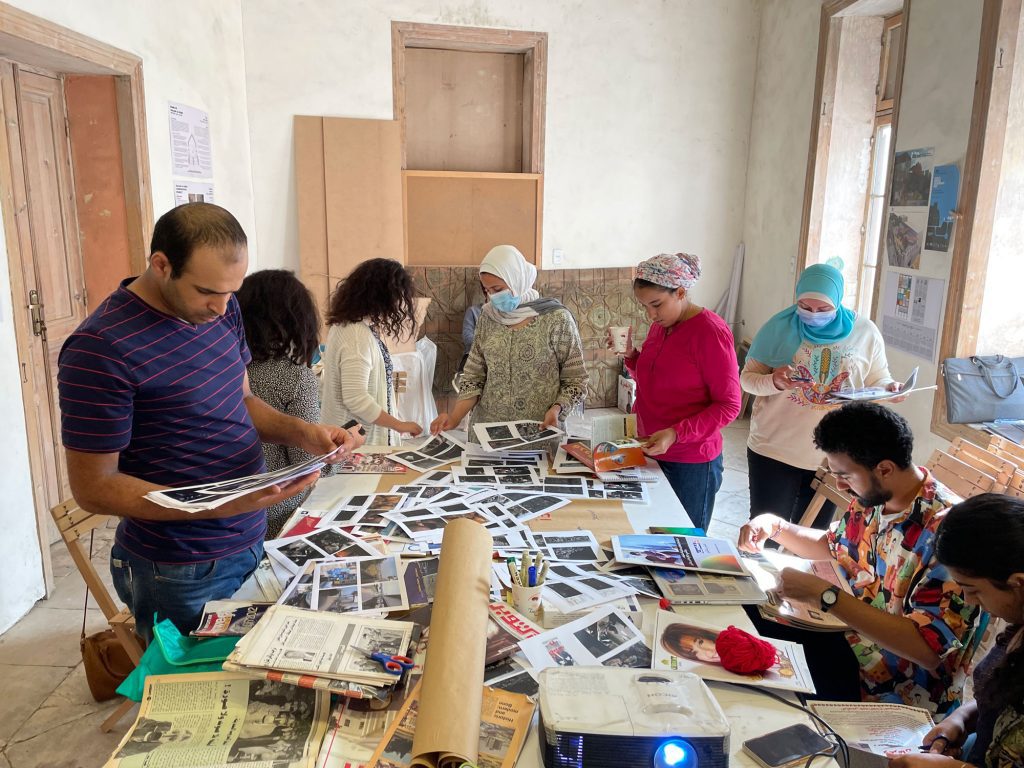 The sisters started by setting up workshops in abandoned buildings, with the aim of “rebuilding an interaction between citizens and their urban space”.

“For us, it was really important that people get to experience these spaces, in order for them to actively think about these buildings’ future and, why not, start caring about them,” they outline.

Through workshops organised for the public, the twins have been exploring the co-imagination of space within the city, using visual languages such as collages, which they deem to be “the most understandable language for people from all backgrounds”.

They also worked on creating a digital archive of all these imaginaries. “We see these archives as a very important way to remind the world of the people of Cairo’s perception of their city. To keep their voice alive and to keep inviting other people to share their own imaginary.”

They believe that the YLCCI programme was “fundamental” in helping them pursue their project, by giving them the freedom of expressing their creative journey.

“Sometimes, we were doubting certain ideas but, after speaking with other participants from similar fields but different countries, we regained confidence to pursue our project that way,” recalls Nadine, stressing that “you should never let your moments of doubt stop you. But you should also be aware that benefits will not always be instantaneous.”

“For us, we genuinely believe in how architecture is a multi-disciplinary practice. It does not stop once you leave university benches: it is a continuous process,” concludes Nouran with a complicit smile.

The Youth-Led Cultural and Civic Initiatives (YLCCI) is one of ACC’s five components, implemented by the Tunisian not-for-profit organisation l’Art Rue. Started in April 2021, YLCCI aims to raise access to culture and start intercultural dialogue through the support to community-based collaborative and contextual artistic projects.
The project does so by promoting youth-led cultural and civic initiatives through 32 research and 24 production grants, collaborative laboratories as well as tailor made guidance and networking.