Performances of an inmate: when the theatre breathes an air of freedom into Tunisian prisons

“I want to go home too, but I’m afraid of you!” It is with these meaningful words, uttered by young actors lining up on stage and pointing fingers at the audience, that the play “Mrawah” ends. This is an unusual theatrical show, performed by juveniles of the El Mourouj Centre of Reeducation for Juveniles and produced as part of the “Tajalyat moudâa” (Performances of an inmate) project. It is supported by Tfanen – Tunisie Créative, a support project funded by the European Union to strengthen the cultural sector in Tunisia. 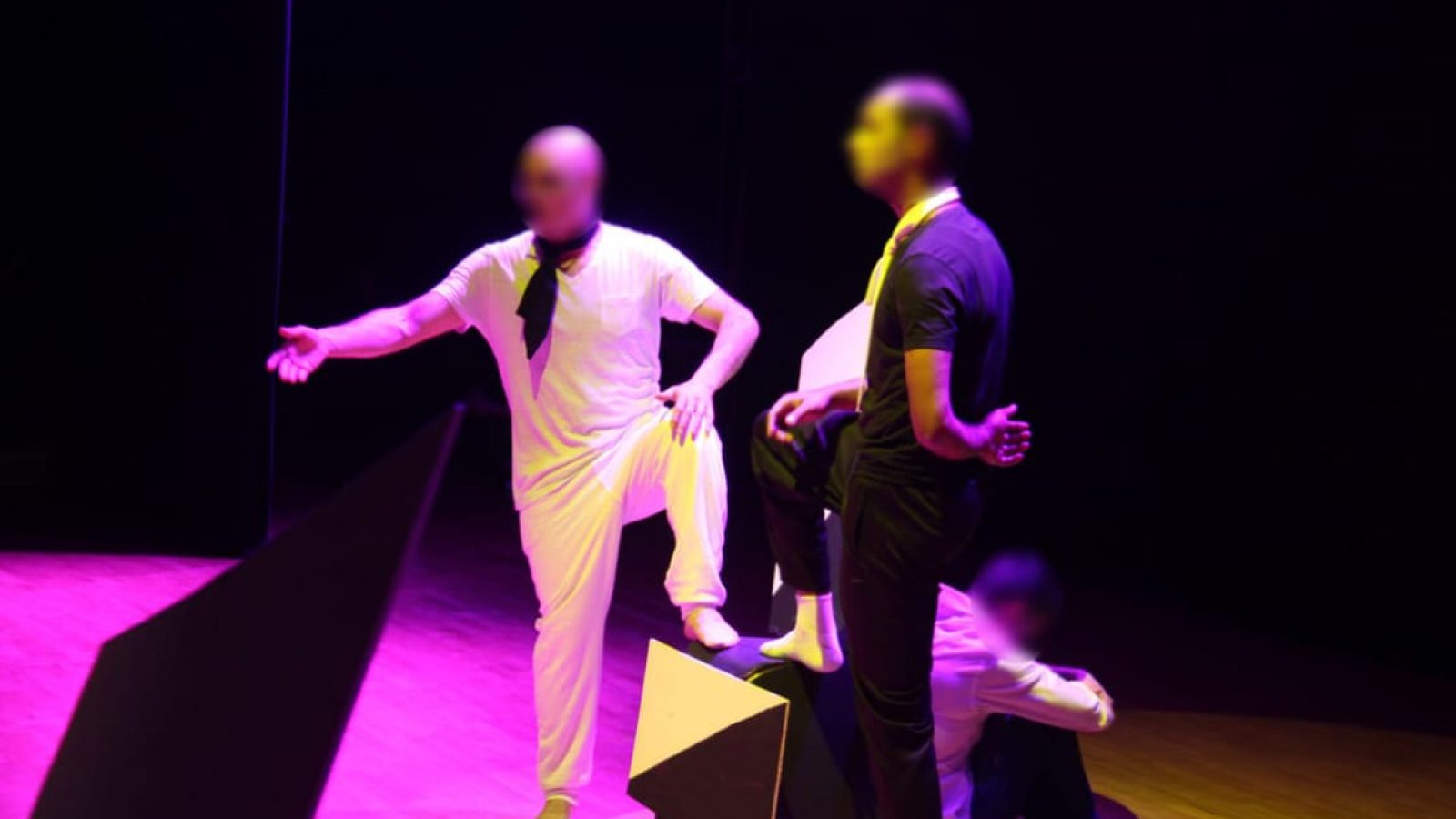 On 27 March, World Theatre Day, a small audience has gathered in the hall of the Messaadi Cultural Centre. These relatives and friends have come to watch the show “Mrawah”and to applaud their sons, brothers and nephews. On stage, nine young men, all minors, act out their own personal stories. They tell the reality of youths from disadvantaged neighbourhoods, without the glamour and pretence. The lack of resources, the absence of family support, access to narcotics, various types of trafficking and then imprisonment. With simple but sincere words, the youths express their remorse and how much they miss their freedom, as well as their loved ones, their friends, their homes and their beds, even if they are not particularly comfortable. A bitter reality punctuated by notes of innocence that shocks. In the audience, laughter mingles with tears. At the end of the show, a standing ovation salutes the performance of the young people. Clearly moved, one of them says: “When they applauded us, I felt like a good person.” The pride can be read in the eyes of all those who have contributed to this unusual artistic work. Among them, Zied Ghenania, initiator of the “Performances of an inmate” project considers that for him and his team, it is the culmination of a collective dream, made of will, patience and many sacrifices. 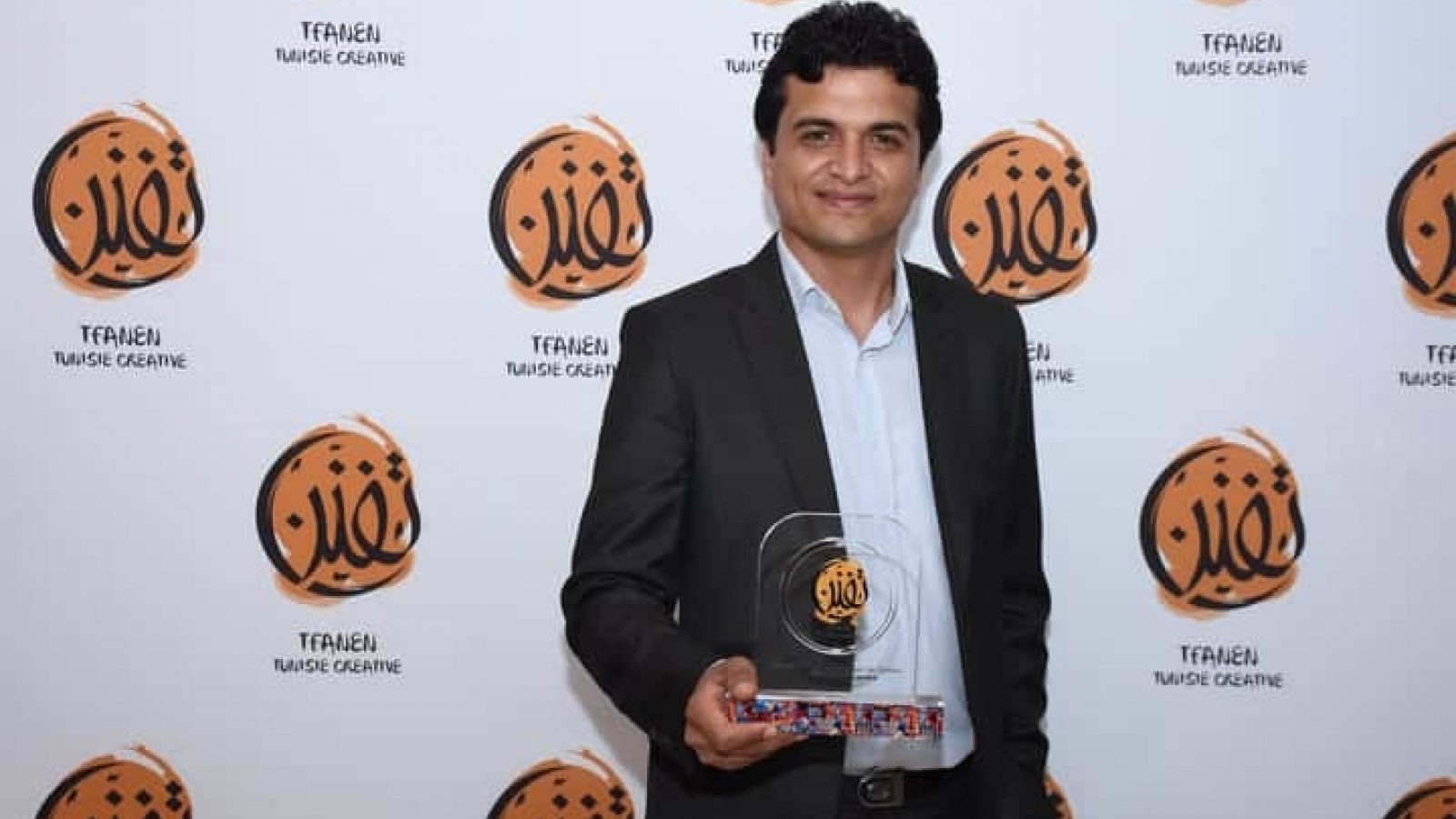 Culture as an escape

The idea of introducing culture into penitentiary institutions and making it an escape from those deprived of their liberty has always occupied this drama teacher. In 2016, Zied learned that craft creation workshops were being organised in Tunisian prisons. A friend of his, a poet and ex-convict, also relayed to him that for prisoners, culture is a precious breath of fresh air and that demand is high. On the strength of his convictions, Zied conceived the “Performances of an inmate” project, which received its initial funding from Tfanen – Tunisie Créative in 2017. Led by the Roua Association for Culture and the Arts, the project involves the sustained work of an administrative team alongside facilitators and coaches. In 2019 and by dint of perseverance, the project finally took shape. It obtained new funding from Tfanen – Tunisie Créative and has been extended to several other cities. “The ‘Performances of an inmate’ project is the fruit of an intense collaboration between those who bring theatre to life, place people and culture at the heart of change and fight to build bridges between prisons and society. At Tfanen – Creative Tunisia, we are excited to contribute to this Tunisian approach to issues which recognises the value of prisoners, civil society and institutions”, affirms Damien Helly, Team Leader of the Tfanen team. 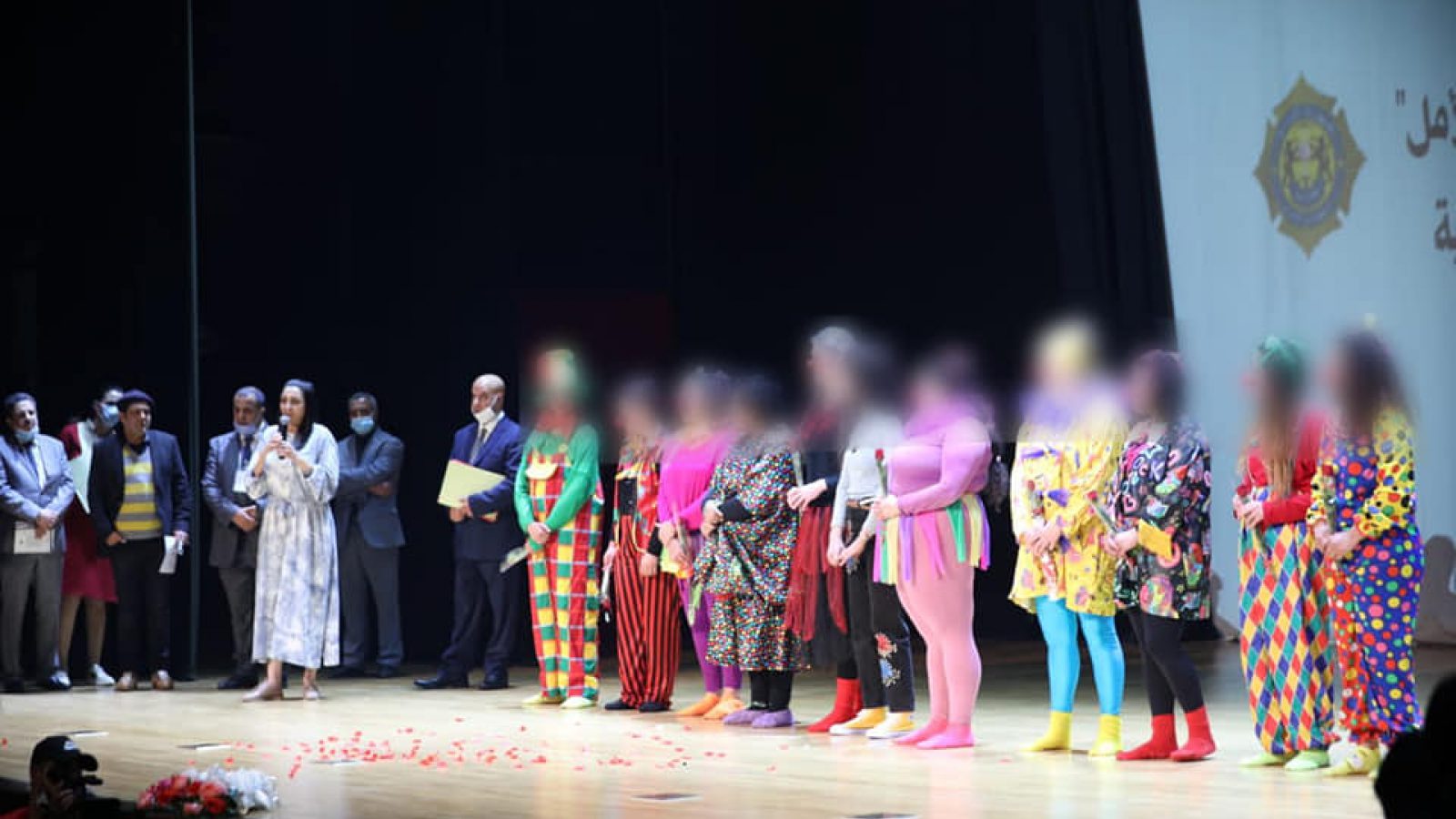 Thanks to everyone’s commitment, 21 plays have been produced as part of the “Performances of an inmate” project, all performed as part of the “Théâtre de l’Espoir” festival under the Prisons and Rehabilitation Department and in partnership with the Ministries of Cultural Affairs and Justice. Over a period of many months, drama teachers and prison officers have worked side by side to organise theatre workshops in 11 prisons for men, 5 for women and 5 rehabilitation centres for juvenile offenders. This meant that a total of 118 prisoners including 34 young people could take part in this artistic project. Some had meanwhile been released but wanted to participate in the plays. Other former convicts, bouquets of flowers in hand, had come to watch the performances and send a message of hope to their friends: nothing endures. Moments stolen from time, where we would have thought we were in an ordinary context, if it were not for the walkie-talkies and pairs of handcuffs vainly concealed in the back pockets of the prison officers that serve to remind us that between the scene and the public, exists a thin invisible barrier called freedom. 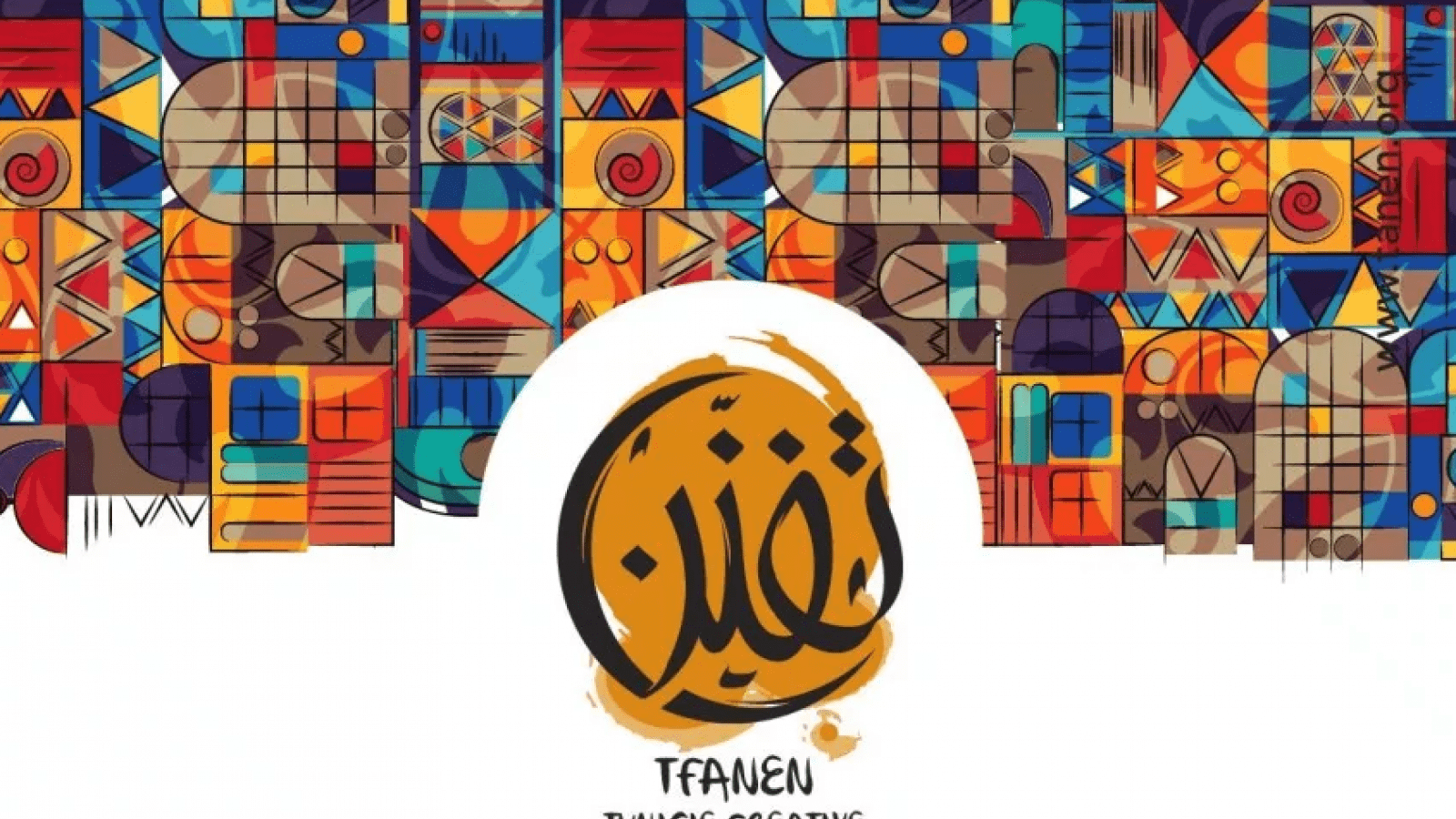 Tfanen – Tunisie Créative aims to support the cultural sector in Tunisia. It is a project funded by the European Union within the framework of the Culture Support Programme in Tunisia (PACT) of the Ministry of Cultural Affairs. The project results from a collaboration of the EUNIC network (National Cultural Institutes of the European Union), and is implemented by the British Council. Tfanen – Tunisie Créative has two main objectives: The promotion of Tunisian cultural diversity and access to culture, at local, national and international levels. Support for freedom of expression and creation, in particular for the younger generations, and encouraging the professionalisation of cultural professions.

The European Union and culture

Culture features in many EU policies, such as education, research, social policy, regional development and external relations. The creation and promotion of culture in our globalised and interactive world also relies on digital media and technologies. The EU encourages cooperation in the culture sector between national authorities and international organisations. Through the Creative Europe programme, the EU supports the cultural and audiovisual sectors in Europe, with a view to creating jobs and fostering growth, as well as opening up new opportunities and accessing new markets and audiences around the world. Tunisia is the only southern Mediterranean country to take part in this programme. The EU also partners with film festivals, exhibitions, concerts, conferences and prizes and awards given to artists across Europe throughout the year.