Access to finance in the Middle East and North Africa 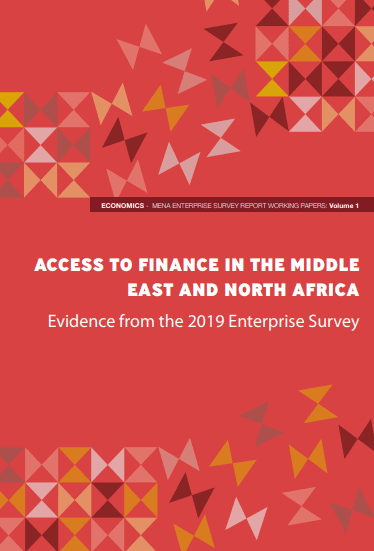 Companies in the Middle East and North Africa region continue to have insufficient access to finance, according to the latest round of Enterprise Surveys. The Middle East and North African region’s comparatively deep banking sectors are not adept at providing access to finance for a broad cross-section of mainly small and medium-sized companies, according to the 2019 round of Enterprise Surveys.

The ability of businesses in Egypt, Jordan, Lebanon, Morocco, Tunisia and the West Bank and Gaza to access finance has not improved since the previous survey round in 2013. Data from the surveys also reflect the low aggregate investment rates in the region. The share of firms investing in fixed assets has declined compared to the previous survey round and is now lower than in peer economies. In addition, some 7.5% of firms in the average MENA country have experienced monetary losses due to extreme weather events in the three years preceding the survey.

Access to finance in the Middle East and North Africa

UfM: Joint Conclusions by the Jordanian and EU co-presidency on the Seventh Regional Forum of the Union for the Mediterranean

Is crowding out of private sector credit inhibiting Africa’s growth?