Non-governmental organisations in Aleppo: Under regime control and at its service 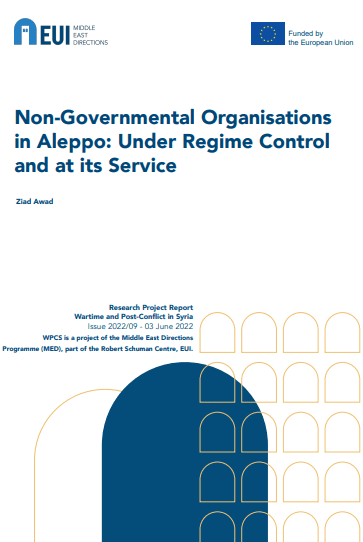 After the outbreak of the Syrian revolution in 2011, officially registered non-governmental organisations (NGOs) in Aleppo underwent multiple transformations in terms of their number, their staffing, their funding sources and the needs they met. During the battle over the city from 2012 to 2016, the security forces put a heavy strain on local NGOs, targeting anti-regime staff members and volunteers. Most of the NGOs lost the social and economic bases which were their main sources of funding, before the UNled humanitarian response brought in new sources of funding.

Non-governmental organisations in Aleppo: Under regime control and at its service